Russia and Ukraine in a Bun Fight over Fairy Tales 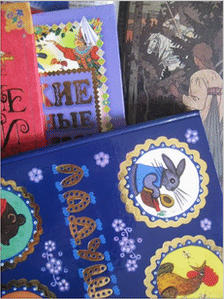 A friend shared this link with me-a story about Russia and Ukraine both trying to claim ownership to the same fairy tales: "Russia and Ukraine in a bun fight over Fairy Tales," by Steve Rosenberg.
From the article: "After all, towns and cities which can claim to be the birthplaces of popular fairy tales can expect to attract more tourists and make more money.

"This summer we'll see the first ever Fairy Tale Tours in Russia," predicts Alexei Kozlovsky of the Association of Russian Communities, the organisation which has produced the map.

Russia, of course, is not the first country trying to cash in on folk stories.

The German Tourist Board has put together maps with Fairy Tale Routes that will guide tourists to Rapunzel's tower, Hansel and Gretel's forest and into Hamelin to meet the Pied Piper.
Russia too seems to have realised that fairy tales can be financially rewarding.

This summer a Disneyland-style holiday park is due to open in Ulyanovsk region dedicated to that famous runaway cakeman, Kolobok." 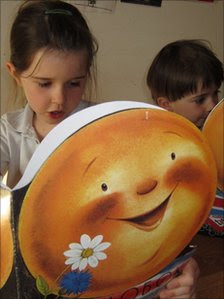