History of the Arabian Nights 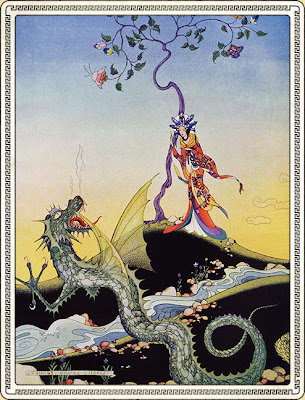 In my library there are several books on the brothers Grimm but none exclusively on the history of the Arabian Nights. The following information is taken from the chapter "The Splendor of the Arabian Nights" from Jack Zipes' When Dreams Come True: Classic Fairy Tales and their Tradition.

The Arabian Nights is more unique than just another culture's collection of folktales because of its framework story: that of Scheherezade heroically saving her own life and that of countless other women by telling stories to Shahryar, the king who was so incensed by the adultery of his first wife that he took to marrying and killing a different woman each night. This framework story was modeled after a Persian book called Hazar Afsaneh, or "A Thousand Tales", translated into Arabic in the ninth century.


The individual tales themselves differ from collection to collection. The tales as we know them today are mainly taken from Persian tenth century tales with some Indian elements, tenth century tales recorded in Baghdad, and Egyptian stories written down between the tenth and twelfth centuries. But, similar to other collections of fairy tales around the world, these were probably circulated orally for hundreds of years before being written down, and afterwards have become an important influence in Western stories. The Arabian Nights were translated into French by Antoine Galland between 1704 and 1717, whose literary talents made the tales popular and eventually were translated into multiple languages, with the most famous English translation by Richard Burton (who plagarized a lot from an earlier English translation by John Payne). 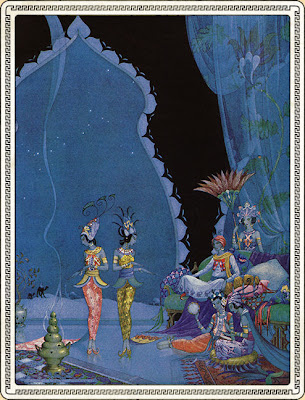 Due to the Scheherezade story, the tales have clear purposes-firstly, for Scheherezade to educate and recivilize Shahryar and show him that he can regain his trust in women. Secondly, Scheherezade's sister Dunazade is also an audience member, so the tales are Scheherezade's passing down of advice to her younger sister and enabling her to navigate through society. The readers themselves are the third audience, who become educated alongside Shahryar and Dunazade into values of the time and culture-justice, the importance of creativity and wit, and most of all, empowering the oppressed.


The power of story itself cannot be ignored either-through the ultimate happy ending that Scheherezade's determination brings about, as well as four other major tales that employ the same motif of people telling stories to save innocent lives. As an obvious lover of stories myself, that's the most intriguing part of the Arabian Nights to me. 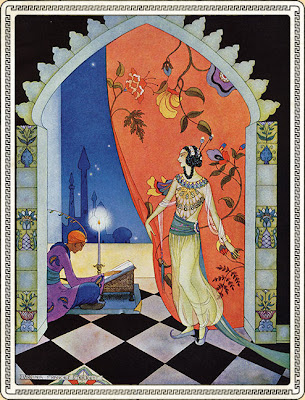 I found this passage fascinating, as it's something I had wondered about myself: "Given the patriarchal nature of Arabic culture, it would seem strange that Scheherezade assumed the key role in the Nights. Yet, a woman exercised more power in Moslem culture during the Middle Ages in Baghdad and Cairo than is commonly known," including ultimate power over children and slaves, including children's educations, marriage, profession, and sexual initiation.


Interestingly, the title was originally One Thousand Nights, and no one knows how it became The Thousand and One Nights. Zipes speculates that it had something to do with the fact that odd numbers were considered lucky in Arabic culture. I personally find the perfectly even "one thousand" to be a little too practical, while "the thousand and one" adds a touch of whimsy and almost a hint of the eternal, as if no matter what the number, there's always one more to be heard the next night...(there are not literally one thousand tales in the collection. There are 42 "core" tales in Galland's translation, but apparantly the complete collection of Payne's collection included nine volumes). 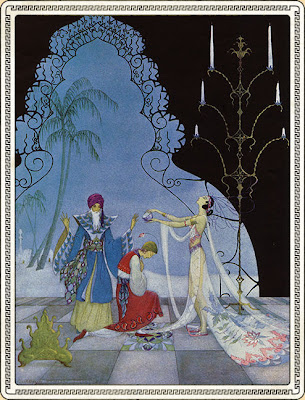 Illustrations by Virginia Frances Sterret
Posted by Kristin at 12:01 AM