A different take on the color Red 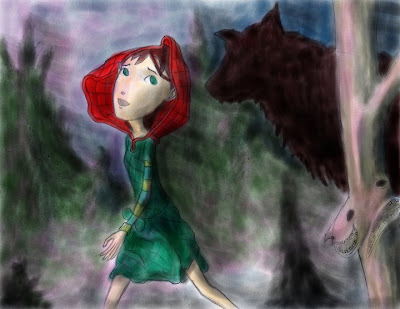 Just discovered a lovely blog that features all sorts of insights into fairy tales and their history, appropriately titled Fairies and Fairy Tales. The anonymous author grew up in a small Alaskan village where she (or he?) grew up believing in fairies, sprites, and ghosts, and now researches them. I've only scratched the surface of the archives, but found this little tidbit on Red Riding Hood fascinating:

"fairies and other magical are the ones who wear red caps and hoods.In some parts of Europe the color red is also used to protect against fairies, so in order for a fairy to harm or kidnap someone they must then get them to take off anything red that they are wearing. Perhaps this is why the wold asks Little Red to take of her clothes in so many versions of the story. This had led me to write my little red riding hood stories with Red Hood as a witch, a fairy doctor or a fairy herself" 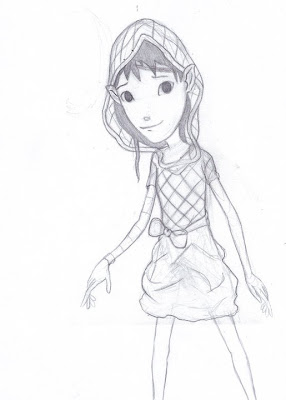 Jonathan Strange and Mr. Norrell also includes the notion that the color red can help protect one from enchantment, and though this is a novel, it's clearly been well researched. I've never heard this anywhere else, that I recall, but it's kind of a refreshing change from all the sexualized interpretations of Little Red Riding Hood. Ruth Bottigheimer says that it was Arnold van Gennep who first proposed that the color red in fairy tales was explained by menstural blood, but his theories on Western fairy tales were based on menarche rituals from exotic cultures, and therefore it's highly unlikely that there's any correlation.


Illustrations also from Fairies and Fairy Tales
Posted by Kristin at 10:25 PM