I was thrilled to discover a copy of P. L. Travers' (author of the "Mary Poppins" series) book "About the Sleeping Beauty."

It begins with her own retelling of the classic fairy tale. Set in the Middle East, it follows the traditional plot but is a very thoughtful retelling. She emphasized the role of the parents, making it more of their story than the Princess'. It is the parents who have to deal with the grief of being unable to bear children; how each parent reacts to the fairies' gifts reveals what they value most, and how they respond to the curse and the last fairy's blessing are what moves the story along. Neither the Sultan or Sultana is perfect, but they are both given the chance to grow and learn through the experience of what happened to their daughter. The Sultana becomes wiser, but the Sultan seems to be just as oblivious as before.

"It did not occur to him to remember that had he been truly sagacious he would also have sent an acknowledgement to the Thirteenth Wise Woman [the fairy who cursed the Princess]. A wise man would have recognized that it was she who, by putting the situation in danger, called forth the rescuing power. Light is light because of the dark and the Sultan should have known it." (emphasis mine, in this and following quotes) 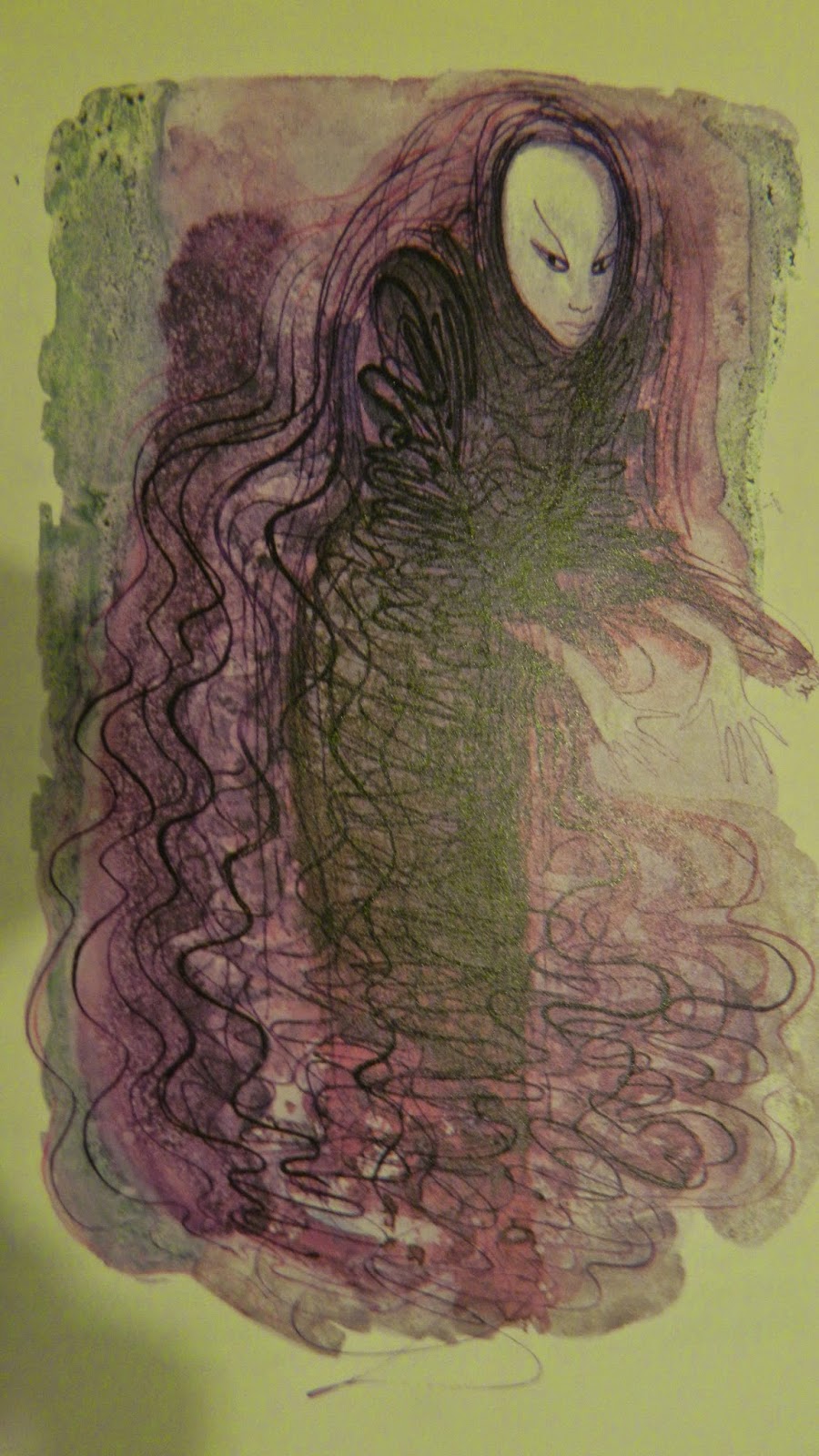 As for the Sultana, "From that day forward, since she now had time and leisure for it, she pondered and dreamed and questioned. And the more she thought about it, the more it seemed that her daughter had stepped, as it were, into another dimension-into, in fact, a fairy tale. And if this were so, she told herself, she would have to look for the meaning. For she knew very well that fairy tales are not as simple as they appear; that the more innocent and candid they seem, the wilier one has to be in one's efforts to find out what they are up to. So pondering, she would sit under the cypress tree, secretly telling herself the story and hoping that the story at last would tell its secret to her. Who was the maiden, who was the Prince, and what the thorny hedge?"

I love this definition of a fairy tale-thinking of it as a journey into another dimension, but one that has purpose and greater meaning. It is not a journey devoid of danger-several princes died in their attempts to breach the thorns-and "not as simple as they appear," for they have indeed inspired generations of people to muse on them in attempt to nail down their meanings.

Travers also includes an Afterword in which she muses on the nature of fairy tales and how the world appears to children. When we retell fairy tales, "The shock they give us...is not of surprise but of recognition." Fairy tales give children lenses through which to piece together the strange things they observe in the world around them. 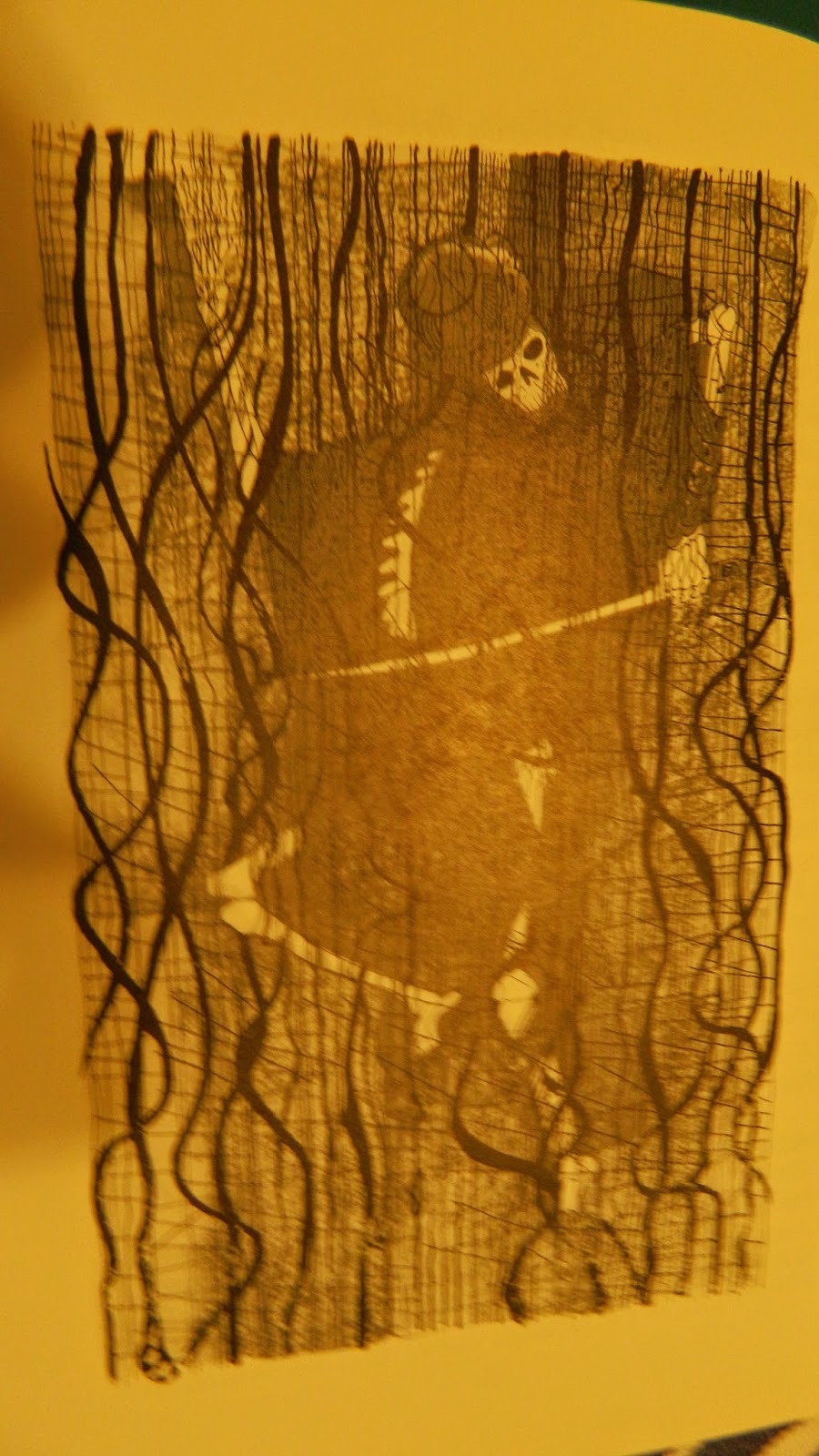 Travers then provides a section with several retellings of the Sleeping Beauty tale-the most famous historical ones from Basile, Perrault, and the Grimms, and two others; Bradley-Birt's "The Petrified Mansion" and Jeremiah Curin's "The Queen of Tubber Tintye." Travers sees the Grimms' version as, if not the "true" version for she recognizes that no such thing exists, but the one that is the most essential version. Other authors elaborate and add their own musings, details, and meanings, but in the Grimms we have the starkest version-the most simple retelling and thus "the story emerges clear, all essence." It is the Grimm story that Travers uses as the basis for her own.

Travers also explains the decisions she made in her own interpretation-a fascinating and rare look into an author's mindset in creating the elements of a fairy tale. For example, she muses on the nature of the Thirteenth Fairy-really the only fairy tale villain that elicits sympathy for the reader, for she was left out of the christening. In this episode that revolves around etiquette (how to serve thirteen fairies with only twelve gold plates), the Sultan is the one that shoulders some of the blame. For even though the Thirteenth Fairy's reaction is extreme, Travers reminds us that she is also needed to move the plot of the story along.

In this fairy tale, neither the hero or the heroine has to actually do anything. The Prince was merely at the right place at the right time; the Princess sleeps for most of her part of the story. But "she is not merely a pretty girl waiting, after an eon of dreams, to be wakened by a lover. That she is a symbol, the core and heart of the world she inhabits, is shown by the fact, clearly stated...that when she sleeps, all about her sleep, when she wakens, her world wakes with  her. A symbol indeed. But what does it mean? Who is she, this peerless beauty, this hidden sleeping figure that has kindled the imaginations of so many generations and for whom children go about on tiptoe lest she be too soon wakened?"

Travers makes it clear that there is not one authoritative meaning to the fairy tale, but many possible meanings. In fact, "to give an answer, supposing we had it, would be breaking the law of the fairy tale. And perhaps no answer is necessary. It is enough that we ponder upon and love the story and ask ourselves the question."