I was thrilled and honored to receive a copy of Frozen Fairy Tales, courtesy of Kate Wolford and the fine people at World Weaver Press! There's been lots of buzz about the book over at Enchanted Conversation and around the fairy tale web, and it was definitely one of those books I wanted to keep an eye out for. 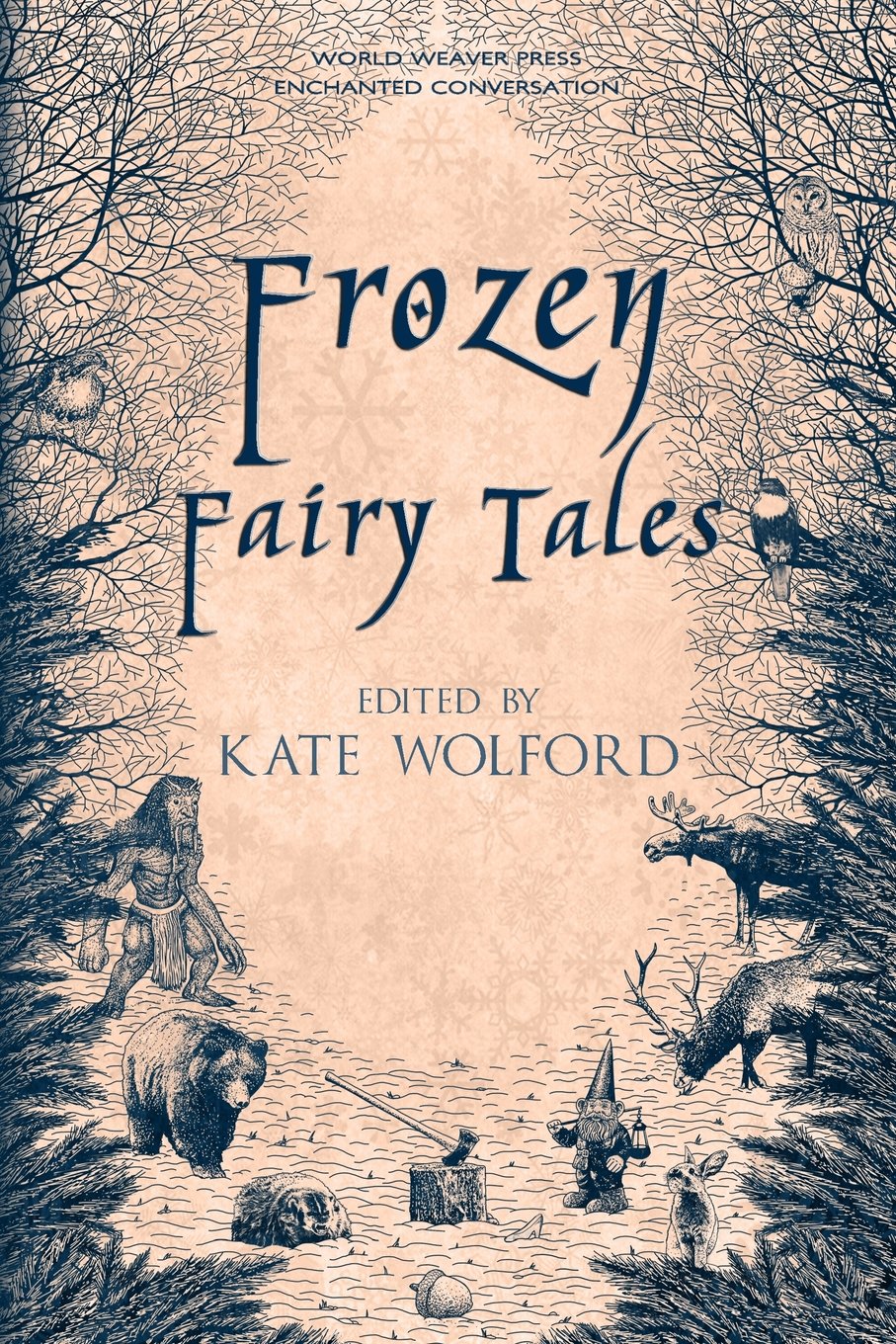 I love the concept of collecting fairy tales that are winter-themed but not necessarily Christmas. Winter can be really hard, with the cold and the dark, and once Christmas is over there's not that much to look forward to until Spring (there's a reason Narnia was cursed with "Always winter, but never Christmas"-how awful would endless January be?). Very few books and movies are set in non-holiday winter, they all seem to have pleasantly mild weather. When I actually see/read of characters bundling up, shivering, and extremities getting numb with cold, I get a sense of "oh I can relate to that!" because it's something many of us deal with for several months out of the year, depending on where you live.

This would also make an excellent Christmas present-it can be enjoyed for the next few months and doesn't have to be put away with the holiday decorations! I'm all about seasonal traditions and I think having special traditions for January and February is one of the best ways to battle the winter blues.
I've started the book but want to save some of the stories for after Christmas, for that reason. So far I'm really enjoying it, though. In fact, the first night I had a chance to sit down and read, I was looking all over for the book, and couldn't find it anywhere. I asked Tony if he had seen my copy of "Frozen Fairy Tales" and he was actually sitting in bed reading it! (He had turned randomly to "The Ice Fisher" and he enjoyed it-so it appeals to those who are more casual fairy tale fans as well!). 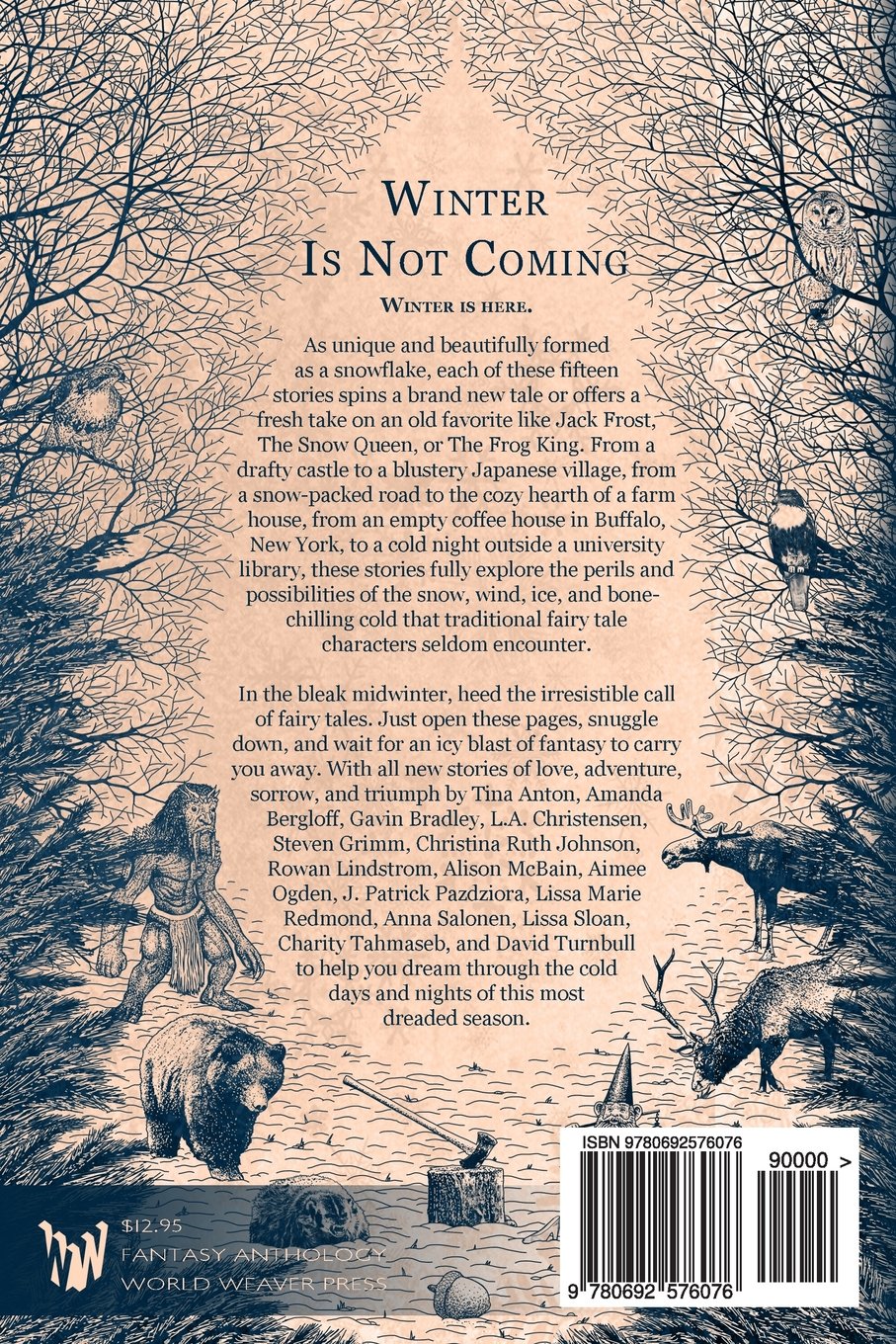 As with any collection of short stories, some of them resonate with me more than others. So far I really enjoyed Steven Grimms' "Faithful Henry", a retelling of the Frog Prince. Grimm (great last name alert!) did a really good job of taking the odd aspects of the original brothers Grimm tale and making so much more sense with them. It really is a strange story in ways-the Princess is childishly obsessed with a toy ball and in the brothers Grimms' version it became all about telling kids the importance of "keeping your promises" which makes it all the more creepy that this young and immature Princess who needs to learn such basic lessons would be immediately married off to the Prince who came from a frog she just hurled at the wall. Also, the character of Faithful Henry seems so randomly thrown in at the end. In Steven Grimms' version he makes sense of all these things, spinning it in a new light, as well as weaving in Winter as a character  in a really interesting way.

In a completely different vein, Lissa Marie Redmond's "Buffalo Wings" was another favorite of mine-it's a fun modern story where the fairy tale words crashes into a hipster coffee shop, and the main character has his own fantastic adventure. It's interesting to see how the different authors use winter as a setting and a theme in the stories. I also noted that in almost all of the stories I've read so far, winter doesn't stand alone. At least one other season is mentioned, and is sometimes one of the main themes as well. Symbolically, and literally, winter never lasts forever. It's part of an ever changing cycle, and each season plays an important part. Yet even in the midst of the coldest, darkest winter, there is always hope of sping.

I'll be back with more comments as I read through more of the stories in the coming months!

UPDATE: If you would like to win an ebook version of "Frozen Fairy Tales," be sure to enter the giveaway at Enchanted Conversation! You have till December 18 to enter
Posted by Kristin at 9:51 AM