My own personal Beast

Before I started reading more on fairy tales, I thought I was the only one who found the Beast more attractive than the Prince he turns into at the end of the tale. As I read I found out that everyone finds the Prince a little disappointing, and Surlalune has a whole line of products you can buy that have the phrase "Beauty looking for her Beast" on them . I thought I came up with that! (And I thought I was so clever to sing Snow White's tune but insert "Someday my Beast will come...")

Now it is true that there are people who look at me strangely when I say one of the above phrases. But I always wanted to identify with my favorite characters, Beauty being one of them, and hope that I would somehow fulfill the tale. I would meet some forlorn man burning with a passion for me-perhaps a burn victim or someone with a rare skin condition, since the hairy variety are less likely to show up around Chicago-and I, like Beauty, would be the only one capable of loving such a man and he would be eternally grateful for my love. Which is really a selfish and needy fantasy anyway...yet is often dangerously disguised as the ultimate selflessness.

But ever notice how modern Beast figures are really kind of attractive anyway? Man Without a Face isn't really a Beauty and the Beast story since it's not even a romance, but I'm pretty much in love with Mel Gibson's character

This is the side of his face that got burned. The other half looks like regular Mel Gibson.

And everyone's favorite, the newest film version of the Phantom: 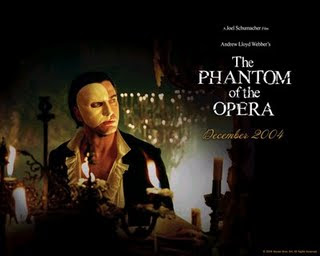 ...
Yet another half-faced deformed man (I could have even thrown Two-Face in here from Batman, but he's not a good guy). It's like we find men attractive if they're unconventional, as long as half of them is a celebrity.

I'm going to do a full post on Gargoyles soon...but OMG Goliath is SO SEXY.

Dude, Beast from X-Men? He's got the strong and manly beast thing going on, but he goes around quoting Shakespeare. Artsy and vulnerable as well. *Swoon* And really, it's that vulnerability factor that makes these Beasts so attractive. In romantic versions, it's his consuming love for Beauty that we really love.

The Disney Beast is animalistic, but still pretty attractive compared to historical Beasts.

EDIT: A more recent addition-Surlalune mentioned how everyone comments that Kyle in the movie Beastly is not even that beastly and I remembered this post. 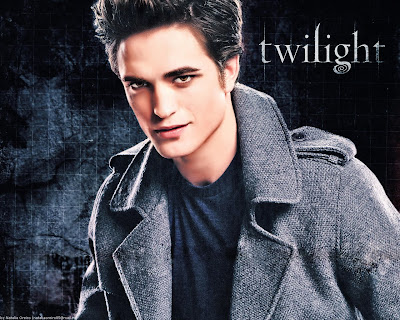 I can't believe it, but I wrote the whole first draft of this post and forgot probably the best example of taking something that is supposed to be dangerous-a wild animal, to a peasant, or a vampire-and turning him not only into something completely non-threatening, but a romantic ideal. Interestingly, this is why I dislike Twilight (which I have never read or seen), because it changes vampires into something completely different, yet I obviously have no problem with it in Beauty and the Beast...

As you go back through history, depictions of the Beast have been less about the sexual appeal and more literal animals. Imagine being proposed to by these Beasts, compared to the ones above. 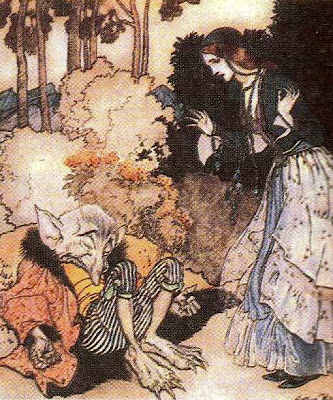 In the fairy tale, Beauty didn't find herself strangely sexually attracted to the Beast the way girls do now to various dark and mysterious Beast-like figures. She had to learn to love someone she initially found repulsive. Really, I think that often more extreme appearances aren't as repulsive as your average guy who's maybe a little overweight, a bit nerdy, or acne prone. These we more easily scoff at, whereas if you really saw a burn victim walking down the street, all our Politically Correctness sensors go off and we're very aware of the fact that he/she looks different and that we Must Not Judge. When the appearance is more average, we judge without realizing it.

I still sort of wish that the fairy tale will come true for me, in some way. But maybe I need to think more out of the box. I probably will never come across a musical genious with half a deformed face who is obsessed with me and my voice, or a heroic Gargoyle who saves my life whenever I fall off a building (again...stay tuned for more on that!), but by learning to love that which I find unloveable, I am like Beauty. I often think of the fact that I work with people with developmental disabilities as a non-romantic fulfillment of my wish. My students act different, and usually look different as well. Many people are awkward around them or even afraid of them, yet I love them. But on the other hand, my boss was saying the other day that a lot of the time, we tend to get workers who are there because they need to be needed and that causes trouble, sort of like what I was saying before about the Beauty fantasy being selfish.

To take the thinking outside the box even further, some things in life I find it hard to love aren't people. For me, I find the "Beast" ideal attractive already, so that's really my version of Prince Charming. I often struggle with the loneliness that comes from being single. What if singleness is my Beast? My situation that looks bleak and even ugly at times, yet has so many advantages, if I would only learn to see them?

For more on how the Beast and his perceptions have changed through history, this post is sort of an extension of this post I wrote a while back.