Fairies and the future of vampires 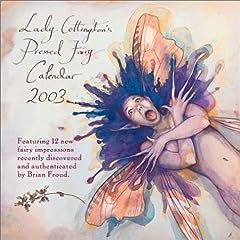 Every time I learn about fairy lore-as in actual fairy beliefs and not literary stories with fairy characters-I'm surprised by the chasm between the two. In popular culture fairies are synonymous with not only innocence but the saccharine-even a nine year old I know recently commented along these lines (everybody only says nice things in fairy tales, she said, which "isn't what real life is like." I was quick to point out that "real" fairy tales aren't like that at all).
Yet the more authentic world of supernatural folk wasn't like this at all. In fact, I'm not sure I've ever come across lore of a truly benevolent fairy-some house elves will do work for payment, but not out of the kindness of their hearts; they are quick to revenge if they feel offended and love pranks, from mild to dangerous to deadly. Fairies could be harbingers of death, or have bloodlust themselves. Female fairies and sirens would seduce men and lure them to their deaths. You can read back in my archives with the "fairies" tag or probably do a simple google search to quickly find out more specifics. I've enjoyed the books "Strange and Secret Peoples" by Carole G. Silver, "The Vanishing People" by Katherine Briggs and "Fairy Mythology" by Thomas Keightley.
We know when and some of why the shift happened from fairies being dangerous and dark to childish and simple-starting with the French salon fairy tales and through the Victorian era, influenced by literary stories and the idea that stories should be moralistic. But I still wonder what that transition time was like. Maybe the fairies in tales didn't represent fairies of thought. Example: vampires. 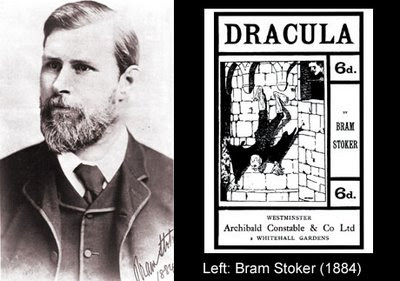 I know I keep going back to this, and in theory I really don't care that much about Twilight either way, although I am a purist so I prefer Bram Stoker or reading books about Vlad the Impaler. But to understand the huge transition fairies went through in popular understanding, it's like imagining that in the future people will have no ideas that vampires are supposed to suck your blood and have no control over that bloodlust-"vampire" will come to only mean a lovesick and attractive person, unrealistic and cheesy and only belonging in teen and children's fiction. If it seems fantastic that the original definition of vampires should be lost, that's the same thing that happened to fairies of yore. And who can deny that vampires have grown in popularity with the general population lately? Their very trendiness proves that we don't find them frightening but exciting, which after a while-and probably already has-turned cliche. But just as we imagine that these supposedly dark and dangerous vampires could be desperately in love with us because their struggle to conquer their dark longings reveals the depth of their love, and therefore the inherent worth of the human in question- maybe the good will of fairies in tales didn't represent the goodness of the fairies themselves, but the extreme nature of the goodness and beauty of the humans they helped. I'm not saying I think that's the way it was, but just one possible way of looking at early fairy tales, or a possible reason for the shift in fairy beliefs.
Okay, for some reason Blogger DOES NOT want me to post this youtube video, but here's a link to a funny Twilight parody that highlights how out of place Dracula feels in the Twilight culture: http://www.youtube.com/watch?v=1glNuQiE77E
Posted by Kristin at 5:00 PM