So You Think You Know Little Red Riding Hood? 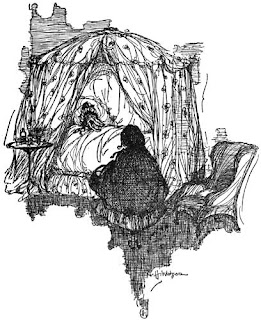 When modern authors tackle the popular fairy tale Little Red Riding Hood, they generally feature a strong heroine, who may kill the wolf herself, or otherwise outsmart it. This makes us feel like we've progressed so far from the Victorian simpering victim idea of the female protagonist, but actually this empowering ending is actually only hearkening back to the original Grimm story, which includes an addendum that is usually forgotten. (By "original Grimm story," I don't mean that the Grimms collected the first version of the tale, simply that this was how the tale appeared in their collection.)

In the Grimm's tale, our heroine is originally eaten along with her grandmother, before the huntsman comes along and saves them both by cutting them out of the stomach, from which they emerge. This appears like passive women waiting helplessly for a man to come and save them, but it was actually Red's idea to fill the wolf's stomach with stones afterwards, which she then did, dis-empowering the wolf and eliminating him as a threat. 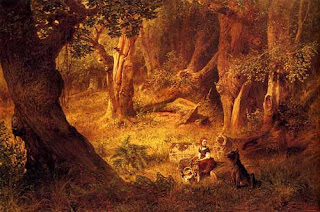 Then, a few days later, Little Red is approached by another wolf, and isn't so easily duped this time. She knows not to get distracted by him and go straight to her grandmother's. When the wolf arrives, they use the scent of cooking sausages to lure him to his death. This ending clearly has more positive messages about women's abilities to think of clever solutions to problems. Why has this ending been left out of the "traditional" versions of this tale?
Posted by Kristin at 3:13 PM