I shared once a story in which a friend of mine was baffled at the existence of multiple versions of the same fairy tale, saying, "how can they tell the same story over and over?" 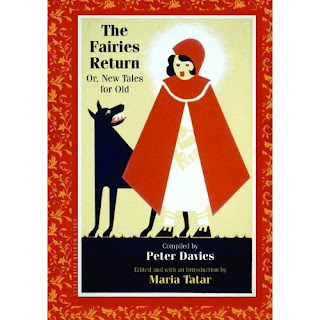 I was reminded of this as I've been perusing The Fairies Return, because the book has so many examples of the different ways the same story can be told "over and over", yet with completely new life each time. If fairy tale retellings is itself a subgenre of fantasy, even within this category are many other sub-subgenres. All examples are found in The Fairies Return unless otherwise noted. These are just classifications I made up:

Expanded fairy tale: True folk tales have a very distinct style, they include the bare essentials of plot, and characters are never developed. Some authors will take those same essential plot points but build a fuller context. A good example of this would be Robin McKinley's Beauty, a novel version of Beaumont's classic "Beauty and the Beast" (and for new readers, my absolute favorite version of my favorite fairy tale). Though the short story limits the development we can get in a novel, I really enjoyed Clemence Dane's "Godfather Death." It's not a fairy tale we often see authors playing around with, but it becomes more real when characters have names and motivations, and we see extra details in setting and passage of time that make it more believable, yet still the same essential story found in the Brothers Grimm.

Alternate explanations: In fairy tales, a character will do something and rarely are we told why; often their actions seem strange, especially when we're separated by culture and time differences. For example, when we think of Snow White being put in a glass coffin this is generally interpreted as creepy and fetish-y, but in Lord Dunsay's "Little Snow White" we find that the miners simply happened to know someone in the glass business who was able to cut glass to the right lengths-they were avoiding going to the police. It is creative details like these that help us see familiar plot details in a new light, and realize that there could be dozens of other explanations for the same actions. 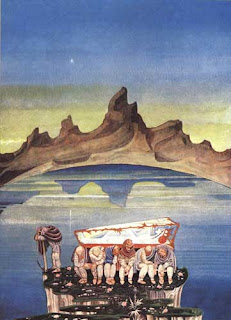 Removal of magic: Lady Eleanor Smith is able to retell The Little Mermaid in such a way that the supernatural is not present, but the parallels are still clear. This heroine was dubbed "little mermaid" by the prince figure because of her excellence in swimming and diving, which years later lands her a role as a bathing beauty in one of his motion pictures, for this Prince is not royalty but a film star.

Expanding on a single element: Anna Gordon Keown's "Aladdin" has virtually nothing in common with its predecessor from Arabian Nights, but this Aladdin manages to accidentally summon a demon who must do his bidding. Only this wish fulfillment is very different-the awkward undertaker finds himself enjoying not the direct benefits of wishes, but increased social status due to his new friend, which he passes off as his brother visiting from an exotic island. This type of fairy tale retelling focuses not on aligning plot points, but on exploring the "what ifs" of a familiar motif Sequel: Sometimes writers wonder what really happened after the "happily ever after," a personal favorite of mine is the children's story The Frog Prince, Continued, by John Scieszka. Eric Linklater's "Sindbad the Sailor" describes Sindbad's untold, eighth and final voyage, which is quite different from his previous seven. If I understand it correctly, the story contrasts the differences in culture between the heroes of the Arabian Nights, and the then-modern culture, as Sindbad accompanies a modern cruise to some of his previously visited locations. He finds that the modern people are not as easily impressed, and that what was such danger to him before is mere entertainment to other people. He is a little insulted at his lack of respect and (SPOILER ALERT) ends up basically letting the other passengers die at one of the islands, telling the authorities they were devoured by snakes. This may have nothing to do with it, but when I'm not reading up on fairy tales I'm something of a Titaniac, and I was struck by the parallels of a cruise ship designed to entertain the wealthy, who are not scared of any dangers, even when those dangers are quite real-and the trip ends in disaster. I would pass this off as coincidence except for the fact that the book was originally published in 1934, 20 years after the disaster, so all of the authors would have been alive during the shocking sinking which disillusioned the world against overconfidence in technology.

I'm really enjoying the book as I manage to find time during a very busy month at work, I may have a Part II to this post once I've read them all. There are so many other ways to categorize fairy tale retellings, even among the stories I've described here, and again these are NOT official literary terms at all, just me trying to make sense of things.
Posted by Kristin at 3:57 PM