Popular belief about elves is probably pretty similar to the opening montage of Elf (embedding disabled, sorry). Many authors have taken creative liberties with fairies, elves, and dwarves, but when you start to learn of traditional lore you see which authors probably had knowledge of it. J.M. Barrie completely invented the notion of fairies being born when a baby laughs and dying according to human disbelief, for example. And although Tolkein also creates his own signature world of races, it bears more resemblance to the worlds his ancestors would have assumed to be true.
In the Lord of the Rings, each race uses its own weapons. Elves shoot arrows. Long ago in England, arrowheads were assumed to be the weapons of elves, called elfshot. 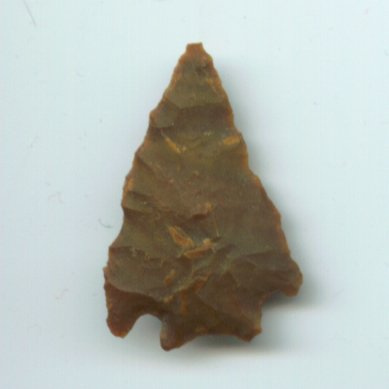 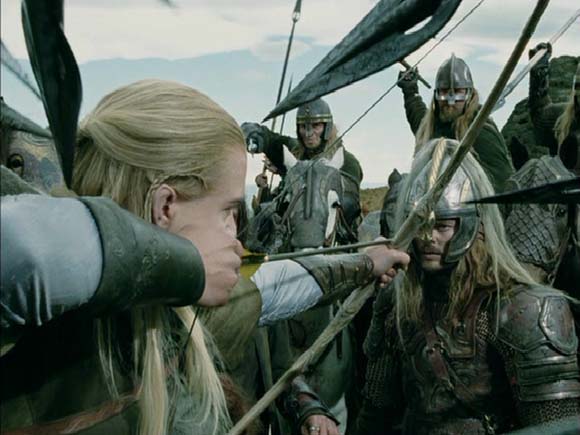 Tolkein's dwarves are known for working in mines. According to Katherine Briggs, "the smithy-work of these dwarfs...were famous from very ancient times, and a weapon or breast-plate forged by the dwarfs...was invincible against the work of any mortal smith" (p. 82, The Vanishing People: Fairy Lore and Legends). Tolkein's dwarves create astounding things, such as mithril, to which Frodo ends up owing his life.

Hobbits are Tolkein's invention, but aren't too far from a race of simple fairies who live in hills. But the land in which they all live is called Middle Earth, and that once signified the domain inhabited by men and fairies (as opposed to supernatural creatures who live in sky, water, or underground.)
Posted by Kristin at 9:02 AM