Kristin's Guide to Disneyland in the Summer 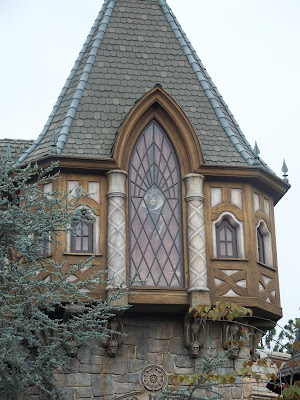 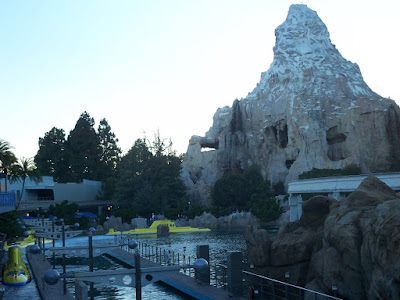 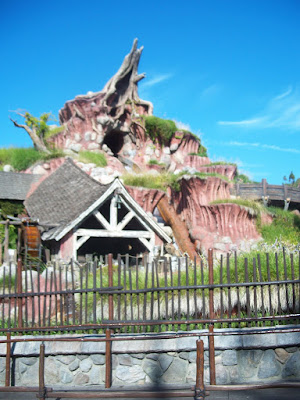 If you're planning a trip to Disney anytime soon, feel free to read the text. If not, you can skip the text and look at the pictures. If you don't feel like seeing some random person's pictures of vacation, feel free to skip this post altogether (I was going to wait to do this post until my brother edited his pics, since he is a much better photographer with a much better camera, but summer's basically over already, so you'll have to live with my humble little pictures.)
First of all, if you want to go to Disneyland in the summer, the number one rule is-don't.
Just kidding, kind of. But seriously, summer (especially July and August) is the busiest time, in addition to holidays (especially the Christmas season). So if there's any way you can go in some random month, like March or October, the weather's not bad, and the crowds will be a lot less so you can ride a lot more rides.
But, for those of us who have these things called "school" or "jobs" that make it difficult to take off for random vacations, we will end up going during busy times, so here are some tips to make your trip more enjoyable. Note: I'm not one of those people who owns a year-long pass and goes all the time, I'm just giving advice from what I experienced the few days I was there in early August, 2010. You can get an official guidebook if you want more expert advice.
Now as far as timing-they say to avoid summer and weekends. But actually, if you go during the summer, I don't think there's much different between weekends and week days, since everyone's on vacation. So if you want to get away and only miss minimal work, go ahead and take a long weekend.
But here's the thing: AVOID THE AFTERNOON. Seriously. The crowds are awful, lines for anything, even Small World, are really long (not as long as the more popular rides, but still...pretty long), it's hot, if you've been there since morning you'll be getting tired of walking anyway. Here's what I recommend: go as close to opening as you and your party can and stay through the morning. When you get tired/it gets crowded, leave and go back to your hotel and take a nap or chill, then go back in late afternoon and stay through the evening till as close to closing as you can. 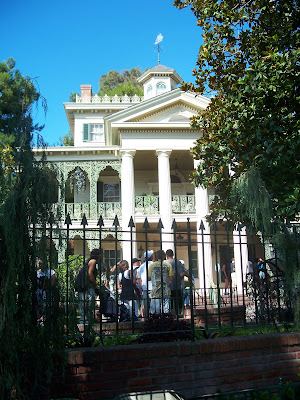 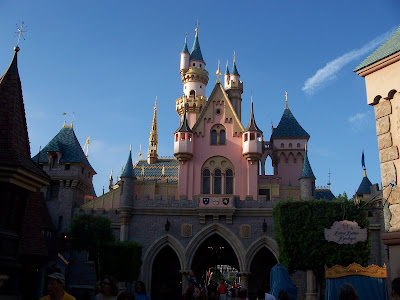 As far as mornings go, obviously ride lines are shorter then, but you'd be surprised how fast some fill up-especially the popular rides. Morning lines are still the best of the day though (especially since you aren't waiting on the fastpass people yet). So go to the popular rides first thing and a)ride it, b)get a fastpass for later in the day, or c)do both.
Some rides have horrible lines in the middle of the day which are lighter at night, but some rides have long lines throughout the evening too. So for Indiana Jones and Space Mountain, either go early or ride with a fastpass, or be prepared to wait a while.
Peter Pan's flight also has really long lines, considering it's geared towards children and the ride itself is really short, but it's everyone's favorite dark ride and everyone has to go on it. Most Fantasyland rides close for a time during the fireworks, but open up later. I wasn't there after fireworks to know if the line is still long (40+ minutes).
Splash Mountain you can walk through with literally no wait earlier or later in the day, but people will wait 90 minutes or more in the middle of the day, because it's a water ride and it feels really good after walking around in the sun. So if you don't mind getting wet when it's cooler, go earlier/later. If you want the water to cool you off when it's hot, get a fastpass midmorning, which will be good for the middle of the afternoon. (Same thing for the Grizzly Ride in California Adventure).
Worlds of Color-it's a new lights and water show in California Adventure. I'm sure it's wonderful, but since it came out this summer, it's kind of ridiculous-you have to wait through a HUGE line just to get a fastpass for it, then wait more in another huge line just to get to the areas where you can see it from later. If you really want to see a great show, there's always Fantasmic in Magic Kingdom, which is excellent, or you can just go to Paradise Pier and watch Worlds of Color from there. You can't see as much from there, supposedly, but you can see enough, and avoid lines too.
But at night, I really like riding the outdoor rides and seeing the park with all the lights on. California Adventure's California Screamin' (which is an excellent coaster, btw-even people who hate roller coasters like this ride) closes down early for Worlds of Color and does NOT open up later. And the lines were actually not bad while I was there-so if you go just as it's getting dark you can see all the lights. In Magic Kingdom, Matterhorn and Big Thunder don't have horrible lines at night. From the Matterhorn, you can (briefly) see the lights from Fantasyland and Tomorrowland as you whiz past, which is cool. We were lucky enough to ride Big Thunder during the fireworks show, which was a really amazing experience.
So, if you do happen to be at the park in the middle of the afternoon, here are your options:
1. Ride a ride you already had a fastpass for
2. See a show, like Muppet 3D in California Adventure, or the Enchanted Tiki Room or Captain EO in Magic Kingdom. They're showing EO as a tribute to Michael Jackson in place of Honey, I Shrunk the Audience. If you hate the 80s or Michael Jackson, don't bother, but if you loved Thriller, you'll love EO. I'm not sure how long this will be there-apparantly as long as it stays popular.
3. Ride a ride with a fast-moving line-Small World or Pirates. You might have a bit of a wait, but it's much better than Indiana Jones (which you HAVE to go on bc it's awesome, so GET A FASTPASS FOR IT) (by the way fastpasses are free-all the information is in the brochures you can pick up at the park)
4. Browse through gift shops
5. Or, just wait a lot and be hot and crowded by strangers. 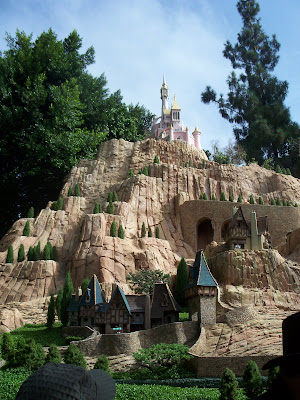 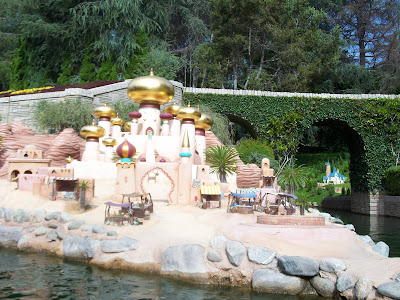 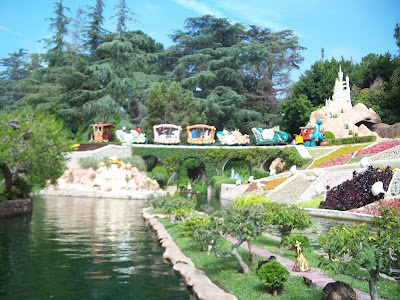 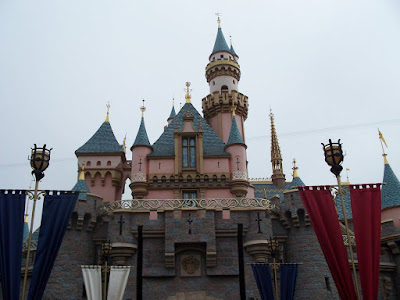 Now, we got a deal on our tickets-a 5 days for the price of 3, and with that was included one Magic Morning. Here's the Magic Morning skinny:
1.ASK which days it applies to ahead of time because it's not every day and it doesn't tell you that on your ticket. I think it can be Sunday, Tuesday, Thursday, and Saturday.
2. A Magic Morning means you can enter the Magic Kingdom an hour early. But they don't open the whole park-just Fantasyland and Tomorrowland. So though there's a lot less people, they're all crammed into two lands, making the wait not that much better. So you can use it to go on some of the smaller rides in the above parks, or ride Peter Pan or Space Mountain one extra time, or...just sleep in.
Food:
Everything in the parks is overpriced, so if you want to eat there just be prepared. You can bring in snacks and water, or take sips of water at each water fountain you pass instead of buying a water bottle there (I'm really cheap. Cliff bars and water fountains can do wonders). You can leave the park and get your hand stamped and eat at other restaurants, but nothing is really cheap around Disneyland. (The IHOP across the street was by far the most expensive IHOP we've ever eaten at). So maybe splurge on one big meal (we really love Blue Bayou, the restaurant that can be seen from the beginning of the Pirates ride-that one needs reservations if you want to eat there) and then eat snacks you brought the rest of the time. 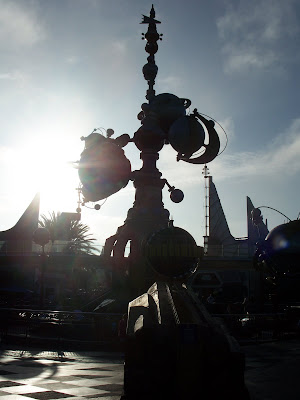