Walt Disney himself had wanted to do Beauty and the Beast, but never got around to it. The first Disney ideas for the fairy tale came in 1983, involving a prince who was turned into a "large, furry, catlike creature" as punishment for scaring animals. Later ideas came from the Cocteau film, with Belle offering Beast water in her cupped hands and a falcon pretending to be stuffed as the sidekick.

In 1988 the screenplay writer for Disney's Oliver & Company and Rescuers Down Under, Jim Cox, submitted two treatments. Setting it in 15th century France, he kept the original tale's two sisters and added three suitors. He introduced the enchanted objects, but they were silent. The candelabra was an homage to Cocteau (which I totally called!) 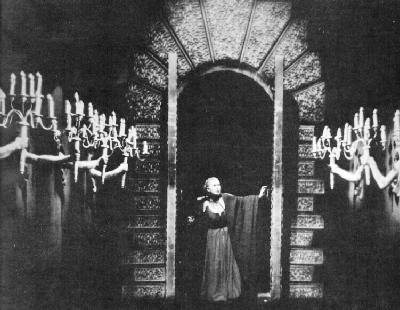 Cox also wanted the father as an inventor, since it would add humor in the interactions between himself and the objects, as he would assume they were inventions as well. The objects "stumble over themselves in their efforts to please" Beauty. At the end of her first day, "the fantastic images of the day coalesce into a musical dream": hello, Be Our Guest. The suitors and sisters come to attack the Beast and steal his treasure, and are transformed into animals that reflect their faults after Beauty transforms the Beast with a kiss.


The studio liked his ideas enough to play around with them more. Gen LeRoy added Grefoyle, a powerful wizard, who changes Anton, one of three princes, into a beast for poisoning his older brother in order to gain the throne. Christian is the kind youngest prince who gets Belle, a tomboy and practical joker. But Anton gets a magical heart stone and gives Christian the beastly appearance. Belle rescues Christian from the dungeon and they fight Anton together, who falls off a cliff, but Christian's still a Beast. He frees Belle from their betrothal, but she sticks with him, saying, "I've become very fond of your furry face...you're like a big, cuddly cat." Her commitment transforms him to his former shape.


Linda Woolverton was chosen to rewrite this script, which had strayed too far from the classic. Linda initially took the story to the year 1709, but decided that period was too dull. This version involved one sister as well as an imposing aunt, who wants Belle married to the Marquis Gaston. 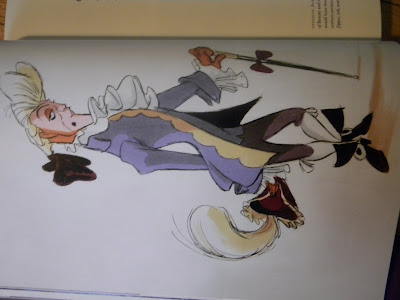 An early concept for Gaston


There's also a music box, that had once been Belle's mother's, which is destroyed on Maurice's way to the castle. He ends up magically sent home, and Belle travels back to the castle on a magical flying chair and the aunt suggests Gaston attack the castle and claim Belle back. This rewrite was rejected because the action is mainly pushed by the aunt and not Belle or the Beast, and the aunt was close to the wicked stepmother of every other fairy tale in the world. Moments of humor occured at the wrong times, interrupting the potential emotional impact.


The story kept evolving. One idea for the opening sequence involved a seven year old prince rejecting the enchantress in disguise (which could explain why, originally, Lumiere sang "For ten years we've been rusting" in Be Our Guest, though the Beast was not yet 21. In the musical version and newer dvd versions the prologue changed from the rose blooming until the Beast's 21st year to "for many years".) The music box became a sidekick at one point, who communicated musically, but this was eventually discarded altogether; replaced by a cute teacup. The part of Chip was originally just one line, but the other writers liked Woolverton's idea and Chip ended up being the token cute child character. 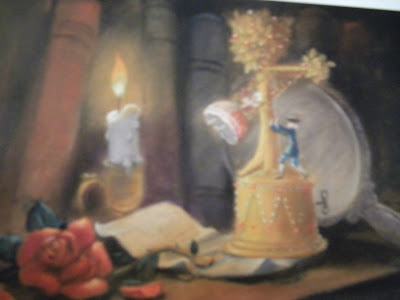 
For more detail on the evolution of the movie plot, behind the scenes facts and stories, and lots of pictures of concepts for characters and settings, read Tale as Old as Time: the Art and Making of Beauty and the Beast, by Charles Solomon.
Posted by Kristin at 2:36 PM