Beauty and the Beast as a Socio-Historical Tale

One of Jerry Griswold's purposes in The Meanings of Beauty and the Beast: A Handbook is to outline the major interpretations critics have assigned to the tale. He divides them into the following categories: psychological, socio-historical, and feminist (which, ironically, includes two very opposite interpretations: those who see the story as victimizing women, and those who find it to be very empowering to women). I've posted before on the psychological as well as the various feministic interpretations, and if you do any type of digging into Beauty and the Beast you're bound to come across them, but I don't think I've ever read about this particular aspect of the tale before, so I was intrigued: 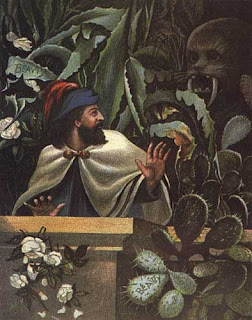 According to Jack Zipes, if we look at the story in its historical context, we will see that it is a story of class struggle. The very presence of a merchant is unusual in the history of fairy tales, which usually feature the poorest of peasants and the most elite royals, but in this story we see the emergence of a middle class.

At the time that de Villeneuve and Beaumont were penning what would become the most famous version of one of the most classic and popular tales (18th century France), the middle class was gaining the upper hand. The members of nobility were increasingly getting poorer, but at least had their status; while the middle class were becoming richer through their businesses. It was a common thing to see a merchant's daughter entering into an arranged marriage with a destitute nobleman, allowing one family to contain both a title and wealth at the same time. 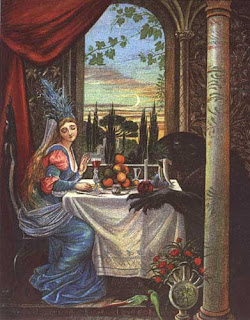 The story of Beauty and the Beast certainly explores the rise and fall of Beauty's family in society-her father starts out as a wealthy merchant, her sisters as materialistic and greedy and always wanting to improve their situation. When Beauty's father loses his money, we are reminded that status based on wealth is not always secure, and the family becomes poor farmers, where it is Beauty's contentedly cheerful, hard-working nature that keeps the family afloat. 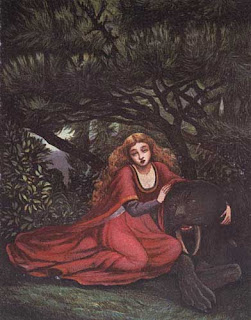 This is actually the opposite kind of situation that was really happening all over France-for in this story we have a nobleman whose wealth is supplied by magic and therefore cannot run out, who is generous to the poor family of Beauty-a family who you could argue has been chided for being social climbers and encouraged to become simple, hard-working farmers. According to Griswold, "In other words, in the midst of changing times, Beaumont seems to offer a kind of backwards-looking endorsement of the nobility, a flattering and conservative portrait of the ancien regime." In Zipes' words, the aim of Beaumont is to "put the bourgeoisie in their place." 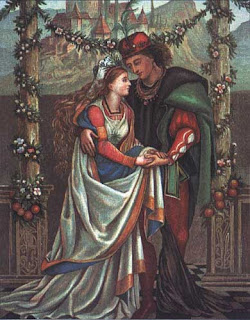 This is where I don't understand why scholars refer only to Beaumont's version. Beaumont did not add anything essential to the tale, she only simplified de Villeneuve's. The negative portrayal of the sisters, the fall in status of the family, were all originally de Villeneuve's-yet with one major difference when talking about class struggle: de Villeneuve includes a backstory for Beauty in which she is actually the daughter of a king and a fairy, therefore hers is not a rise in status at all, but a restoration of her rightful place. So in one way it is very much an affirmation of the goodness of the nobility, yet all throughout, Beauty is still praised for her uncomplaining, hardworking attitude, yet all the while she is truly a princess. So ultimately, de Villeneuve probably wasn't pushing for the merchant class to go "back to the farm and become once again hardworking and uncomplaining peasants" as Griswold indicates was Beaumont's goal. Beauty was the only one happy in that life, and she was the one who was the key to her family's escaping it-yet fairy tales are certainly full of rewards that seem to contradict the intended moral anyway. But I think that in order to get the full historical context you would need to look at the full tale on which Beaumont's version was based.