Lately I've been noticing this huge paradox in our culture when it comes to attitudes towards fairy tales. As I've previously discussed, referring to something as a "fairy tale" can often be a very negative thing, insinuating that it is naive, childish, or anything that implies life will be perfect. The ironic thing is that 95% of fairy tale content usually involves shocking amounts of abuse, violence, and sexuality, and that includes even the most sanitized versions by Grimm or yes, even Disney.

But at the same time, fairy tales are incredibly popular and used all the time in advertising. For example, the Geico commercials I just posted refer to fairy tales (disclaimer: no, Pinocchio is not technically a fairy tale, but closely related/often mistaken as such). Partly because fairy tales are common ground-general knowledge that pretty much everyone is familiar with; and I'm sure the fact that they're not copyrighted has something to do with it. But it's more than that too. Remember this fairy tale commercial playlist? For decades companies have used fairy tale motifs to sell their products, and companies don't want to be associated with childish and immature stories-they want people to connect with positive images related to their products.

It's not just commercials, either. One of my guilty pleasures is to online shop at sites like Modcloth, where I regularly see clothes and accessories given a fairy tale-inspired name, even if the piece really has nothing to do with a particular fairy tale.

Happily Ever After party dress Trail as Old as Time Top

You get the idea.

Another thing I find interesting has to do with the new movie "Frozen". No, I haven't seen it yet, but from what I've heard the plot has virtually nothing to do with its original inspiration, Andersen's "Snow Queen". Sure, a snowy setting and glass shards-from what I gather only vague references. Yet they still credit Andersen's story as their source, when they could easily have marketed it as an original idea. So why even bother to say it's a fairy tale, especially a more obscure one? Did they think more people would be interested in another Disney fairy tale interpretation than a new hit feature with an original script? 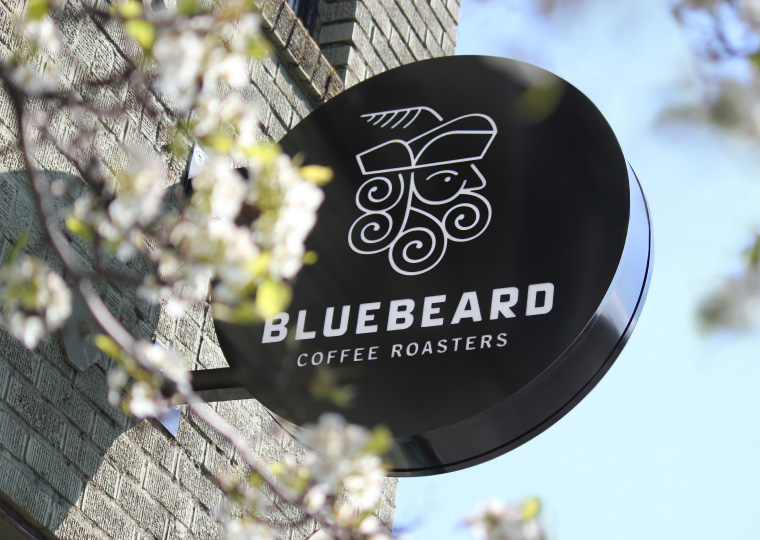 When you keep your eye out for them, you find fairy tale references everywhere. I even just found out about this coffee shop in Tacoma, Washington called Bluebeard coffee. I can't find any reference to the story or why they would have named it after a fairy tale character, especially one of such ill repute...it's possible this is one of the instances where Bluebeard was confused with either Redbeard or Blackbeard the pirates, but I would hope a little more research went into the name of their store than that.

If I kept looking I could find dozens more products that reference fairy tales for no apparent reason, and then of course there's the whole line of products that ARE directly linked to fairy tales. It's no secret that fairy tales have been the source of many recent movies and t.v. shows as well. Clearly people are drawn to them and companies count on that to make their products more appealing. So my question is, how does that fit in with the very negative light many people also view fairy tales in, revealed by their vocabulary if not a conscious opinion? Do you think that with so many fairy tales being brought into focus in mainstream media and not just a side genre, that people will start to have more respect in general for fairy tales?