One of the most attractive aspects of the Arabian Nights is the frame narrative, that tells of the courage of the young woman Scheherezade. She courageously risked death in becoming the next wife of the Sultan in an effort to save the lives of future victims of the Sultan's rage, and the Sultan himself.

This story, surprisingly feminist especially when considering the time and culture, is impressive; yet many of the tales of the Nights seem to contradict the concepts of women who are creative, courageous, and faithful. In "The Prince of the Black Islands", the villain is a woman who betrayed her husband and took a lover. To further add insult to injury, she imprisoned her husband in stone from the waist down, and came every night to beat him. She also cursed all of his subjects (her husband is a Prince) to become fish. Such cruelty is unusual even among fairy tale witches and villains. She is eventually defeated by a King who passes through, learns of the curse, and tricks the woman into undoing the spells by pretending to be her lover giving her instructions. Why such a bleak picture of women in general, especially wives? The King is already acting out in his hurt and anger over the fact that his own wife was caught having an affair. Despite the character of Scheherezade, do the Nights indicate that no woman is capable of being a faithful wife? Are we to assume that Scheherezade herself, once married to Shahriyar, will in a matter of time commit adultery herself?

No, according to Marina Warner in Stranger Magic: Charmed States and the Arabian Nights. The truth actually reveals the further cunning of Scheherezade, as well as her compassion. In the first section, many of the tales do include such stories of evil women and unfaithful wives. Scheherezade shows sympathy towards the betrayed Sultan, gaining his trust and showing she can see things through his perspective. Yet as the Nights progress, the characters change. The stories feature wives who are faithful to their husbands, resourceful and smart and able to help bring about the happy endings rather than be an obstacle to them. Warner names examples such as Badoura, Zumurrud, Mariam, and Tawaddud that prove to be positive female role models in later stories (although I must admit I'm not that familiar with the Nights as a whole and don't know the stories of these ladies-yet!). Scheherezade not only takes her listeners on journeys of adventure, magic, and excitements, but also guides Shahriyar through an emotional journey. She wisely knows he needs to go through a period of feeling anger and hurt, and doing this through experiencing stories is obviously much safer than by killing innocent women. Yet in time she guides him to consider the possibility that not every woman is bound to be cruel, and shows him a different worldview, enabling him to slowly let go of his hatred for women. Scheherezade is a counselor and therapist as well as an expert storyteller. The more I learn about the Nights the more I admire her! 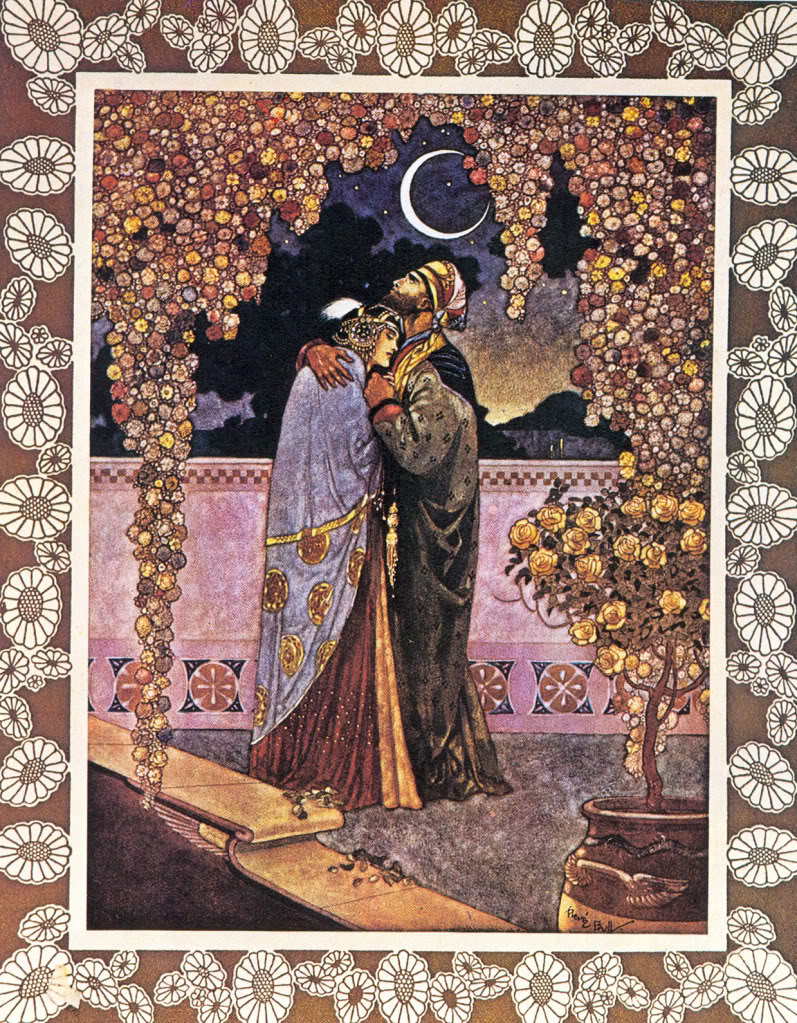