By chance, I happened to come across two completely different websites that described the Japanese tradition of Shinrin-yoku, or forest bathing (more on that below), on the same week I received the book From the Forest: A Search for the Hidden Roots of our Fairy Tales, by Sara Maitland. A sign perhaps?...unfortunately, my favorite forest preserves have all been recently buried under more than a foot of snow so it'll be a while before I can actually benefit from them. 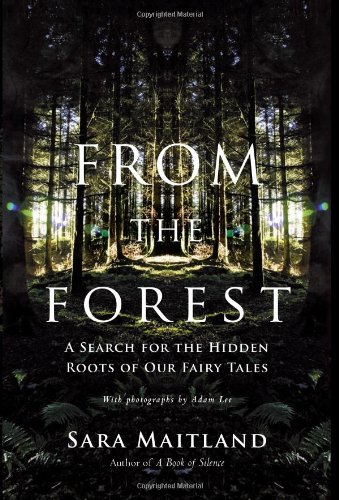 Forests play a huge part in fairy tales, symbolically and historically. The tales are set in the past, before industrialization, when man struggled to tame and subdue the wild in order to survive. Understanding more of the cultures of long ago will help shed light on how we view and interpret fairy tales.

The book is arranged in twelve sections, one for every month of the year. In each one, Maitland travels through a different forest, and records her reflections and thoughts as they pertain to fairy tales. In this aspect the book was a bit different than I expected-from the subtitle, "A Search for the Hidden Roots of our Fairy Tales," I was expecting a more historical, research based approach to early fairy tales, something like the writings of Graham Anderson or Ruth Bottigheimer, but somehow linked to forest imagery and facts. It's more like personal reflections, but Maitland does have some interesting insights into the tales of the brothers Grimm, and each section concludes with a fairy tale-inspired short story. 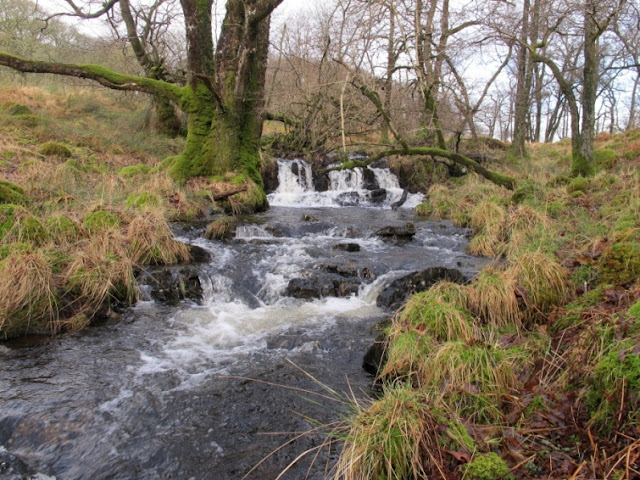 Knockman Wood, one of the forests visited by Maitland

My goal is to read it throughout the year; each month read the corresponding section. Already I've read January and February (which are, interestingly, the last two chapters). I'll be sharing some of the thoughts I have as I read through, but of course leaving enough to inspire you to buy the book yourself! To be honest I wasn't impressed with the Sleeping Beauty story, but really liked the Twelve Dancing Princesses story, which had a refreshingly dark approach. (Not that other fairy tales haven't been given dark treatments, but it seems like Twelve Dancing Princesses-inspired fiction tends to be more traditional, and Maitland helped me think differently about some aspects of the story...)

Aside from helping us to reflect on fairy tales and their settings, forests actually have scientifically proven to be beneficial:

"Shinrin-yoku is a Japanese term that means "forest bathing" ...The idea being that spending time in the forest and natural areas is good preventative medicine, since it lowers stress, which causes or exacerbates some of our most intractable health issues. As MNN's Catie Leary details, this isn't just a nice idea — there's science behind it: "The "magic" behind forest bathing boils down to the naturally produced allelochemic substances known as phytoncides, which are kind of like pheromones for plants. Their job is to help ward off pesky insects and slow the growth of fungi and bacteria. When humans are exposed to phytoncides, these chemicals are scientifically proven to lower blood pressure, relieve stress and boost the growth of cancer-fighting white blood cells. Some common examples of plants that give off phytoncides include garlic, onion, pine, tea tree and oak, which makes sense considering their potent aromas." " Killian Schonberger, Brothers Grimm's Homeland
"Studies have confirmed that spending time within a forest setting can reduce psychological stress, depressive symptoms, and hostility, while at the same time improving sleep, and increasing both vigor and a feeling of liveliness," write Eva Selhub and Alan Logan in their book Your Brain on Nature (Collins; 2013). "Japanese researchers found that 20 minutes of shinrin-yoku—compared with 20 minutes in an urban setting—altered cerebral blood flow in a manner that indicated a state of relaxation."