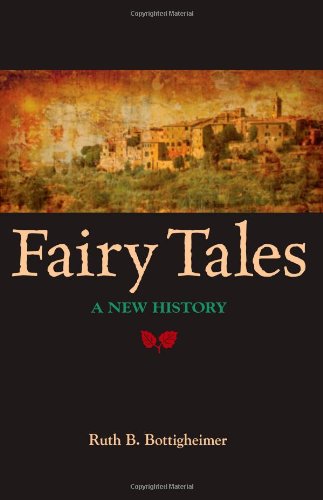 Back in 2012 I read Ruth Bottigheimer's book Fairy Tales: A New History and posted my thoughts on it.  Bottigheimer claims that fairy tales as we know them did not originate with the common folk as most people assume, and that they can all really be traced back to Straparola. It was a pretty daring claim to make and caused some controversy within the fairy tale world.

As I mentioned in my review, I had some issues with it, but I was really interested to see what Jack Zipes would think. We actually had a lot of the same points of concern (although his are worded much more strongly. According to Zipes, Bottigheimer's definition of fairy tales is "the most misleading, the most simplistic" he has ever read; her earlier book is "one of the most narrow, positivist studies of folklore and fairy tales ever produced").

1. Bottigheimer claims that there are literally no rise fairy tales (in which the protagonist goes from being poor to being wealthy) previous to Straparola. This is simply untrue, and Zipes points out, there's plenty of documentation of such stories previous to the Italian Renaissance. Plus, there are a million reasons that oral stories wouldn't be printed (many people were illiterate, and even those that weren't had no motivation to write them down). Many tales can trace their history back further to myths and motifs found in other literature, although I assume Bottigheimer would just say they were similar stories but don't fit in to the fairy tale genre (as she defines it).  Even then, there's the 8th century Chinese version of Cinderella, "Yeh Shien," and countless tales from the Arabian Nights that fit her definition of rise fairy tales. Which lead to the next major point- 2. Bottigheimer completely ignores non-Western countries. Not that she explains away the tales, she literally never mentions the highly influential Arabian Nights which predate Straparola, or acknowledges that similar folk and fairy tales occur in countries all over the world, even countries that would not have had the Italian literary fairy tales published in their language at the time when they were telling such stories.

3. This hadn't occured to me, but Zipes points out that Bottigheimer's view can really be seen as looking down on the peasants of Europe-she assumes that there's no way they could have had the creativity to create, tell, and spread fairy tales other than to simplify stories that they heard of through the literate upper class. 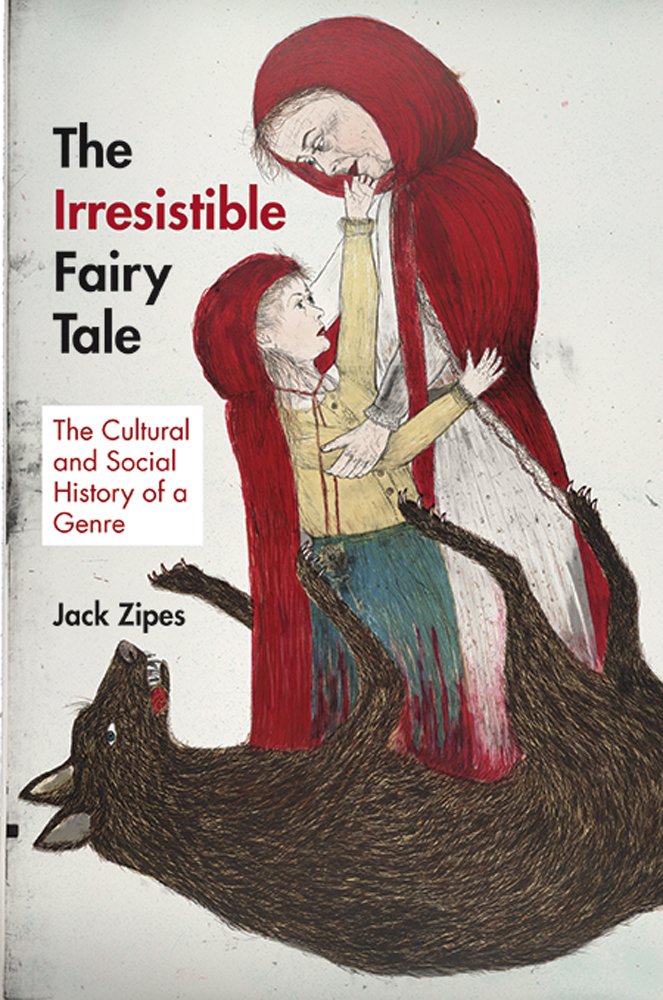 Still, I'm glad I read Bottigheimer's book. Although her claims are extreme, I think it's important to realize how influential Basile and Straparola were in the history of fairy tales. We might get frustrated when we hear yet another person mistakenly calling a Grimm tale the "original" or "authentic," but to have so completely forgotten these Italian men as a culture is like imagining that in the future, people will be calling the Disney cartoons the "original" versions (scary). A balanced view of fairy tale history will look at both the oral nature of fairy tales and the literary, and how the two interwove to influence each other over the generations. A balanced view should also take into account how little we can actually know about cultures hundreds of years ago when we don't have too many historical documents rather than making absolute claims.

From The Irrestistible Fairy Tale: The Cultural and Social History of a Genre by Jack Zipes
Posted by Kristin at 2:45 PM