Disney: Helping to educate your child since 1928

I went to a disability ministry conference over the weekend and attended a session entitled, "How to use Disney movies to help your child speak." Needless to say, I was pretty psyched about it, and the speaker was also really good.
The premise of his talk was to meet the kids where they're at-to use children's interests and obsessions as teaching tools. This is a common educational tool, but children with special needs (especially autism) tend to have obsessions, and Disney pops up a lot as being a common obsession. Many children with autism with perseverate, or quote the same line over and over again, whether or not it fits in with the context. They'll quote lines from their favorite movies or songs, and the astute Disney student can often recognize the movie or song being quoted. The speaker shared some of his research on using Disney movies as teaching tools and how they can be used to teach various concepts. 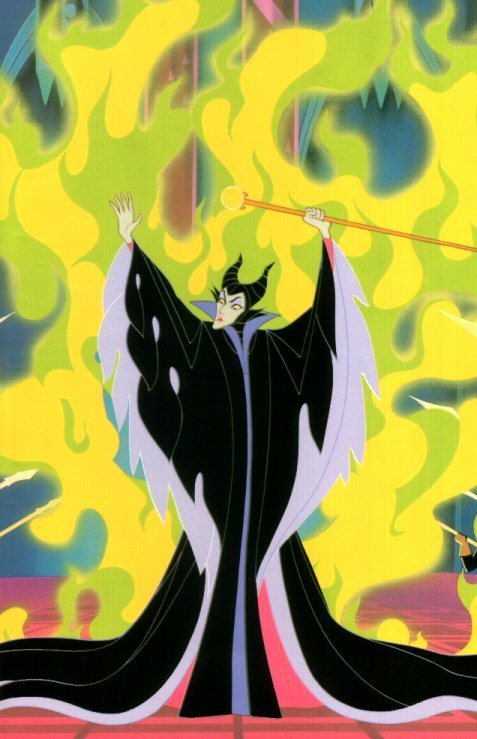 He mentioned a child who got in trouble in the playground for repeatedly yelling, "Stand back, you fools!" Eventually his teachers figured out he was quoting Maleficent.

He showed us these fascinating pictures drawn by a child. (He promised he would have the outline posted on the web later that day, and I haven't found it yet. I'll keep checking and load the pictures if I can, or at least link to the site.) The child had drawn Jafar, only the drawing was a red, completely unidentifiable blob. The researchers taught the child about parts and wholes-everything is part of a whole, and has its own parts. After a short amount of time, the child drew Jafar again, but this time the picture had limbs and was recognizably human. After a little more training, the child drew Jafar a third time, but this time the resemblance was unmistakable.
This particular child had an obsession with Disney villains. The speaker, in trying to guess why the child fixated on villains and not on Princesses, Princes, etc., theorized that it was because the villains were different, just as the child sensed he was different. Which is interesting, because the heroes are ostensibly supposed to feel as outsiders. Snow White and Cinderella are abused and treated like servants, Belle doesn't fit in, Sleeping Beauty is raised all alone in a forest, Jasmine doesn't fit in as a Princess and disguises herself as a commoner, Mulan disguises herself as a boy, Ariel isn't satisfied with being a mermaid, etc., etc. Only the viewer isn't really convinced that these princesses are outsiders, as they are obviously the most attractive and have the best character. Not that it would be easy to create a character that was convincingly realistic, yet that the viewer identified with and wanted to emulate. 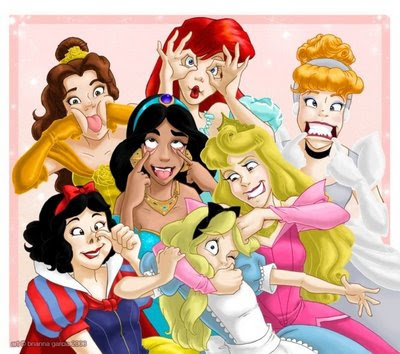 This came up when I searched for "Disney Princesses." An attempt to make them more human and relatable?

But overall, Disney movies-as well as other movies-are great teaching tools in general for kids with special needs. While some teachers might shy away from using movies because it's "cheating," movies provide great modelling of correct grammar, plotlines, realistic facial expressions (especially good for people with autism), and in tune singing. Plus, if a teacher uses a still shot from Mary Poppins, for example, to review vocabulary, then every time the child watches that movie again, the vocabulary words are reinforced, unlike a random worksheet.