Is Labyrinth based on a fairy tale?

A friend of mine claimed tonight that, growing up, she had read the fairy tale on which the movie Labyrinth was based. I completely freaked out, demanding to know exactly what the story involved and where she found it and how I could possibly not be aware of it, to which she had no answers. I immediately googled it upon getting home and this is what I've discovered:


According to imdb, and Is Labyrinth Based on a Novel, the story for the movie is completely original. The book she refers to isn't a real book, although I wish it were. The above link has great detailed information on the authors and misconceptions people have about the movie being based on a prior story. Author A.C.H. Smith wrote a novel version of the movie, after the movie came out (and also wrote a novel version of Dark Crystal). I would love for someone to write an interpretation of what the book contained, working in the famous lines ("you have no power over me...") 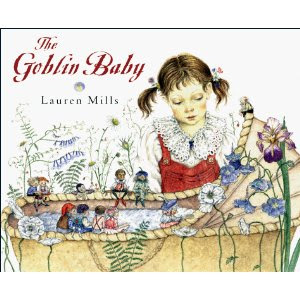 However, I did discover a children's novel, "The Goblin Baby: Adapted from a Story By Andrew Lang." This seems to be similar in ways-a girl is afraid her brother was stolen by goblins and replaced by a changeling. She goes on a journey to get him back, is at times afraid of being kidnapped herself, but eventually the goblins help her in her search.


This prompted me to try to discover which Lang story this was adapted from, and I really couldn't find anything-not that my various internet searches are fool-proof. I did find an interesting tale, "The Hoodie-Crow," that came up in my searches because it involved stolen babies. It caught my attention because of its similarities to Beauty and the Beast-a hoodie crow asks two sisters to marry it, and they refuse he because he is ugly. He asks the third sister, who agrees, not despite his ugliness, but because she thinks a hoodie is a pretty creature. I like that element, because stories often make it appear that there is a clear scale of ugly to beautiful and every girl (and boy) can be neatly ranked along it, when there is often disagreement among people as to which is the most beautiful celebrity, girl in school, etc., even when we're judging on the most shallow standards. The hoodie's wife goes on to discover that he is human for part of the time, and later has to go on a journey in search of him, much like Beauties in earlier tales.


So, if anyone knows of this Andrew Lang tale that has elements that may be similar to Labyrinth, please let me know. But one more thing I have to share: a fake trailer for "Labyrinth 2: Return of the Goblin King", combining shots from "A Beautiful Mind" with elements of Labyrinth, and a random shot of David Bowie not in Jareth costume. It's quite cleverly done:

Labels: Beauty and the Beast, Labyrinth