Above is a picture of Cinderella's Castle in the Magic Kingdom in Disney World (that's the one in Florida. The California/Disneyland castle is Sleeping Beauty's.)


The Neuschwanstein Castle in Bavaria claims to be the "original" on which the Cinderella castle is built, but apparantly the designers looked at several castles when creating this attraction. I'm sure it's much like how several states in the U.S. claim to be the home of Lincoln.

In winter
Some of the interior: 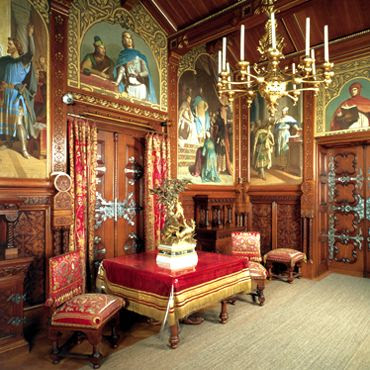 This is the music room, which I automatically like, although does anyone else actually see anything musical in this room?