From The Forest Discussion with Once Upon a Blog: April

April: Saltridge Wood & a retelling of The White Snake
(See the first part of the discussion at Once Upon a Blog HERE)

On “The White Snake” ONLINE LINK: http://www.surlalunefairytales.com/authors/grimms/17whitesnake.html
SOURCE: Grimm’s Household Tales
SOURCE TALE SUMMARY: A servant steals a piece of King’s secret dish - pieces of a white snake - and receives the power to hear animals speak. Accused of stealing the Queen’s ring he finds and retrieves it by listening to animal speech. Rewarded, the servant sets out to find his  fortune. He comes across three sets of  animals in trouble and, understanding their distress from hearing them speak, aids each, who promise to return the favor one day. He falls in love with a princess and boldly takes on three impossible tests, during which the animals he helped, help him. The final test involves a piece of fruit from the Tree Of Life which he shares with the princess. She falls in love and they “in undisturbed happiness to a great age”.
FROM THE FOREST THE WHITE SNAKE SUMMARY: Maitland does a fairly straight retelling of the Grimm’s story, with  the addition of a lot of detailed description, the servant is without fault, any violence is written out, bar one act. This is a very gentle retelling.
*******************

Gypsy:
Main overall impression: why on earth did she retell it this way?? It’s a retelling with no new perspective, too much detail (not enough for an expanded story, but too much for a tale) and too much moralizing! Seriously heavy-handed didactic storytelling. And it feels like she took out this tales’ teeth. It seem in complete opposition to what she’s been talking about the whole chapter. I’m kind of flabbergasted. It’s shiny, detailed and bedazzled but despite having most of the main beats of the story, the purpose of it has been entirely changed. I’m really bothered by it.

The story starts off well and then it gets cumbersome in places - like over-explaining. Eg.the whole bit about him putting his affairs in order was unnecessary but OK, personal touch, but then she adds the thing about “paying such small debts as were outstanding so as not to inconvenience people afterward..” and then the part about “the woods which he loved”. Neither phrase had any bearing on anything. It didn’t add to the character in my mind, it was just a lot of ‘extra’ and seemed to be reinforcing this - already much stated idea - that the guy is a good guy.

Kristin: Yes I agree, it was a little bit beating us over the head with “he is so kind and gentle”

Jim Atherton
Gypsy: Then she gets to where the White Snake appears in the story and it deviates HUGELY from the original. In the first he, sneaking a bite from a secret delicacy, eats a piece of white snake and so ends up with these powers. He does it out of curiosity and showing he was susceptible to temptation (which fits with the whole snake thing). In the garden - oops, forest (it might as well have been a garden!) he meets the snake and she points out the connection to the Devil but he remains perfect and approaches smiling gently. Which is just weird. Why would he approach it at all? And with no exchange at all (which doesn’t fit fairy tales) he suddenly notices he can understand the speech of birds and animals on the way home.

Kristin: Yeah I think it was all part of her attempt to make him the ultimate good guy. He would never judge a snake for appearing dangerous! He would never snoop and eat someone else’s food! I like the Grimm version better

Gypsy: With the religious implications this is kind of backward to me: Adam and Eve understood the speech of the animals in the garden because they were without sin/pure of heart. The snake talking to Eve tempts her to do something she knows she shouldn’t and suddenly, along with other harsh penalties, they can’t understand the speech of beasts anymore. it’s the opposite of what happens here. It feels confused to me but then that’s me I guess.

The things about the Grimm’s version is that there’s a change in him. He goes from being Ok but not perfect/susceptible to temptation to understanding more about various motivations of others outside himself. That’s learning empathy and he grows as a person.

Kristin: That’s a good point. Although I didn’t even necessarily read the eating of the white snake as a negative thing-more like satisfying his curiosity, which IS approved in folklore, even in folkloric versions of Bluebeard. 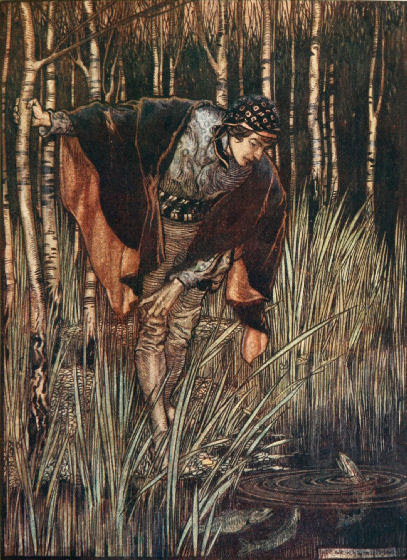 Gypsy: Satisfying curiosity does definitely open the door to understanding in pretty much all the tales - for males and females - and yes, even in the moral Perrault puts in there I think it’s implied that curiosity is a + not a minus is she would have ended up living with a serial killer forever, right?) I remember the perrault wording is kind of weird though. You had a post on it recently.

Kristin: And then there’s still the whole killing some animals but not others

Gypsy: Oh Man! That bothered me SO MUCH in Maitland’s version! Because it was the ONLY animal he did harm to. he went out of his way to not harm all the others (and there was a lot). On top of that she makes a huge point of saying: “the man had packed his goods into a saddle bag and ridden off - as the heroes of stories must always ride - ” I wanted to scream when he cut off his horse’s head here. In the Grimm’s version it just seemed like an odd thing to do at that point (was he not talking to his horse along the way?) But it seemed more in character, what with the duck ending up being supper etc.

Kristin: And a horse is an animal people develop relationships with more-they can know you and have affection for you and he had been with his horse for at least the length of the ride if not longer. I cry in the scene in Never Ending Story where the horse drowns in quicksand-HATE it (even as an adult)

Gypsy: “ARTAX!!” *is in a puddle of sobbing on the floor right now* 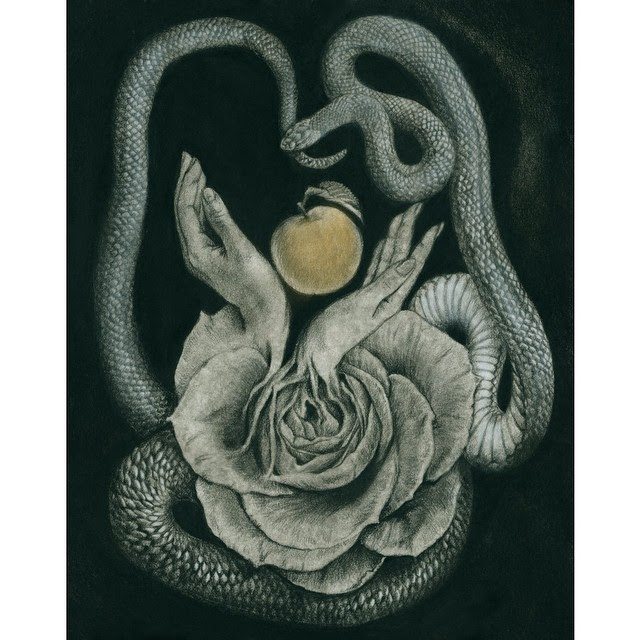 Gypsy: I know it’s stylistic but I hate being talked down to as an audience, either with the facts about salmon (which are commonly known) or by spelling out something with has already been implied. And this includes the bright eyes, gentle heart, kindly mind bit.
Ditto the ants: “we solve complex problems by ingenuity and teamwork..”
Ditto the ravens - “we remember, we apply intelligence and strength and travel huge distances..”

Then we’re told he falls in love with a Princess and it’s pointed out how silly this is but is then hastily explained away with “he rejected all stereotypes” along with a wordy explanation or his personal reasoning. My total impression due to this is: he doth protest too much methinks!

Gypsy: Good point. I amend “pride” to “psycopath.” *shudders* That apple better have had some transforming properties then!

Lots of proof, including something from the Tree Of Life and were circling back to the religious symbolism again except in eating the fruit we’re told her heart is flooded with love because of clear eyes, quiet mind, gentle heart. Seems pretty clear if she didn’t see that before it was because the fruit opened her eyes to it and that the tree of Life is fairly significant here and should connect with the snake but… it doesn’t.

And then we get TWO morals. In which the second moral repeats the sentiment of the last line of the first.

Argh! It’s so frustrating to me!

So the rest of my 1st impression notes: A LOT of moralizing, justifying and explaining in this version! Not a little bit of deceitfulness in this guy at all - he’s as pure as pure can be - except to his own horse. (!@!!) 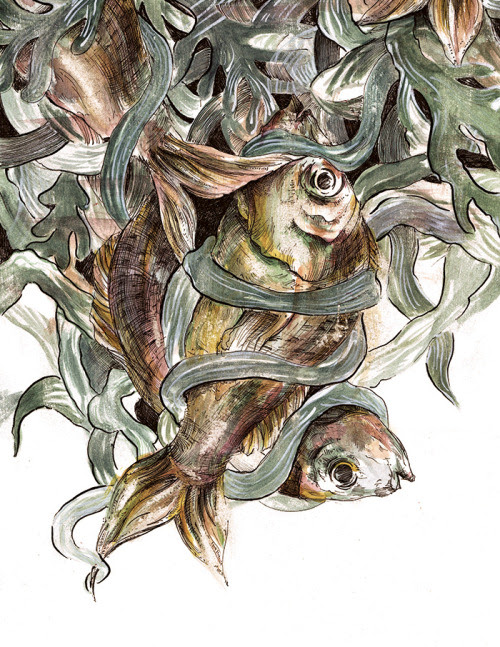 Kristin: To me, the most disturbing aspect of this story, in both versions, is how the hero will be so compassionate to certain animal groups but not others-like killing his horse to feed the ravens. Especially in Maitland’s version, when he could have just given them food from his bags! And then of course there’s the whole issue of, would he really live happily ever after with such a prideful princess who was willing to kill off all potential suitors who failed her impossible tasks?

Gypsy: Personally, the violence in the Grimm’s version doesn’t bother me as much. I think it’s because he starts out being less than stellar with the stealing, the duck is destined for the dinner table and although the horse is somewhat disturbing, it seems like something that would be in character for him. I see change in the guy during the Grimm’s story, becoming a better person. In Maitland’s he doesn’t change at all. overall, this Maitland’s retelling seems a very ‘led’ story unfortunately. Things are pointed out all the way through to explain the symbolic significance - not even hinted at but explained in detail - felt talked down to. Too much embroidery that felt was supposed to make the story more “pretty” but ended up being cloying.I like details but not to be told what they should all mean.


It felt like the very condition she complained about regarding beeches being pretty with no usefulness taking over the title of “queen of the forest”, was exactly what happened here; the retelling was all shiny and pretty but didn’t have a decent leg to stand on. And I have no idea if that was done on purpose to illustrate the point or if it’s completely ironic that the accompanying story turned out this way.

Come back next month to see Kristin & Gypsy discuss “May - The New Forest” and Sara Maitland’s retelling of “Rumpelstiltskin”. Labels: From the Forest