Just discovered the tumblr Ink-splotch, which has some very thoughtful insights into the characters in novels and fairy tales. It took some digging (because the tumblr format is very very confusing for me...) but it appears the site is run by E. Jade Lomax, who wrote the novel Beanstalk, a retelling of "Jack and the Beanstalk", which has gotten very good reviews on Goodreads...but is not available on Amazon?? Can a book exist which is not available on Amazon? 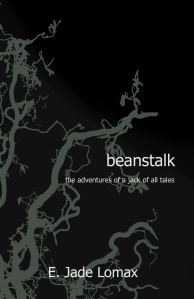 But anyway...via the tumblr, there are treasures such as this poem excerpt inspired by "Rapunzel":

"Child, your hair is not a ladder.

It never should have been.
Your voice belongs to a girl
and not a songbird.
Your home does not live
in your mother’s ribcage
no matter what she says.
You are home—
your feet on the ground,
your hair like a bird’s nest.
You can pick it up
and take it with you
when you go."

Or this post on a different way of reading "Little Mermaid"-although the name Ariel implies the Disney version, the author is clearly familiar with Andersen's story too. I love this:


"Let’s talk about an Ariel who walks away—limping, mouthing inaudible sailors’ curses, a sea-brine knife in her belt.
Ariel traded her voice for a chance to walk on land. That was the deal: every time she steps, it will feel like being stabbed by knives. She must win the hand of her one true love, or she will die at his wedding day, turn to sea foam, forgotten. The helpful steward tells her to dance for the prince, even though her feet scream each time she steps. Love is pain, the sea witch promised. Devotion calls for blood.

But how about this? When the prince marries another, nothing happens. When Ariel stands over the prince and his fiance the night before their wedding, her sisters’ hard-won knife in hand, she doesn’t decide his happiness is more important than her life. She decides that his happiness is irrelevant. Her curse does not turn on the whims of this boy’s heart.
She does not throw away the knife and throw herself into the sea. She does not bury it in the prince and break her curse—it would not have broken. She leaves them sleeping in what will be their marriage bed and limps into a quiet night, her knife clean in her belt, her heart caught in her throat. Her feet scream, but they ache, too, for the places she has yet to see.
Ariel will not be sea foam or a queen. There is life beyond love. There is love in just living. Her true love will not be married on the morn—the prince will be married then, in glorious splendor, but he had never been why she was here.

Ariel traded her voice for legs to stand on, a chance at another life. When she poked her head above the waves, it wasn’t the handsome biped that she fell for. It was the way the hills rolled, golden in the sun. It was the clouds chasing each other across blue sky, like sea foam you could never reach.
I want an Ariel who is in love with a world, not a prince. I don’t want her to be a moral for little girls about what love is supposed to hurt like, about how it is supposed to kill you. Ariel will be one more wandering soul, forgotten. Her voice will live in everything she does. She uses her sisters’ knife to turn a reed into a pipe. She cannot speak, but she still has lungs.
Love is pain, says the old man, when Ariel smiles too wide at sunrises. It’s pain, says the innkeeper, with pity, as Ariel hobbles to a seat, pipe in hand. At least you are beautiful, soothes the country healer who looks over her undamaged feet. The helpful steward had thought she was shy. Dance for the prince even though your feet feel stuck with a hundred knives.
Her feet feel like knives but she goes out dancing in the grass at midnight anyway. She’s never seen stars before. Moonlight reaches down through the depths, but starlight fractures on the surface. Ariel dances for herself.

She goes down to caves and rocky shores. Sometimes she meets with her sisters there. Mouths filled with water cannot speak above the sea, so she drops into the waves and they sing to her, old songs, and she steals breaths of air between the stanzas. She can drown now. She holds her breath. She opens her eyes to the salt and brine.
Ariel uses canes and takes rides on wagons filled with hay, chickens, tomatoes—never fish. She earns coins and paper scraps of money with a conch shell her youngest sister swam up from the depths for her, with her reed pipe, with a lyre from her eldest sister which sounds eerie and high out of the water. The shadow plays she makes on the walls of taverns waver and wriggle like on the sea caves of her childhood, but not because of water’s lap and current. It is the firelight that flickers over her hands.
Somewhere in the ocean, a sea witch thinks she has won. When Ariel walks, she hobbles. Her voice was the sunken treasure of the king’s loveliest daughter, and so when they tell Ariel’s story they say she has been robbed. They say she has been stolen.
She has many instruments because she has many voices—all of them, hers; made by her hands, or gifted from her sisters’ dripping ones. Ariel will sing until the day she dies with every instrument but her vocal cords.
She cannot win it back, the high sweet voice of a merchild who had never blistered her shoulders red with sun, who had never made a barroom rise to its feet to sing along to her strumming fingers. She cannot ever again sing like a girl who has not held a dagger over two sleeping lovers and then decided to spare them. She decided not to wither. She decided to walk on knives for the rest of her life. She cannot win it back, but even if she could, she knows she would not sound the same.
They call her story a tragedy and she rests her aching feet beside the warming hearth. With every new ridge climbed, new river forded, new night sky met, her feet ache a little less. They call her a tragedy, but the blacksmith’s donkey is warm and contrary on cold mornings. The blacksmith’s shoulder is warm under her cheek.
Her feet will always hurt. She has cut out so many parts of her self, traded them up, won twisted promises back and then twisted them herself. She lives with so many curses under her skin, but she lives. They call her story a moral, and maybe it is.
When she breathes, her lungs fill. When she walks, the earth holds her up. There is sun and there is light and she can catch it in her hands. This is love. "

Little Mermaid illustrations by A. W. Bayes
Posted by Kristin at 9:00 AM

Labels: Jack and the Beanstalk, Rapunzel, The Little Mermaid