Marvel's X-Men: Beauty and the Beast

It's Beauty and the Beast comic week over here! I was on ebay seeing if I could find some issues of the Disney BATB comic books I just mentioned for cheap when I discovered the X-Men series of the same name. I had mentioned that this existed years ago and didn't think I'd ever come across it, but you can get the full series of four issues from multiple sellers, for not that expensive!

So I splurged, and now I have a new addition to my Beauty and the Beast collection! I was never into comic books growing up, but X-Men were my favorites in the superhero franchise, and eventually I decided I wanted to know a little more about them than what I had learned from Hugh Jackman movies or X-Men Evolution, and I bought Essential X-Men: Volume 1. Although the style of classic comics is often cheesy and/or over-dramatic, I enjoyed getting to learn some of the original histories of my favorite characters. It can be hard to follow the style of comics if you're not used to them, at first, but it gets easier.

One major theme of the X-Men is how society treats the mutants who are different than them, but also how the different mutants respond to rejection. It's a theme that really applies to our modern culture in multiple ways, so in a way they're some of the most relevant superheroes. Plus, for BATB fans, there are several characters that can be seen as Beast characters-Nightcrawler, Mystique (as a female Beast in her natural form), Wolverine (sort of), and of course, Beast himself-or Hank McCoy. 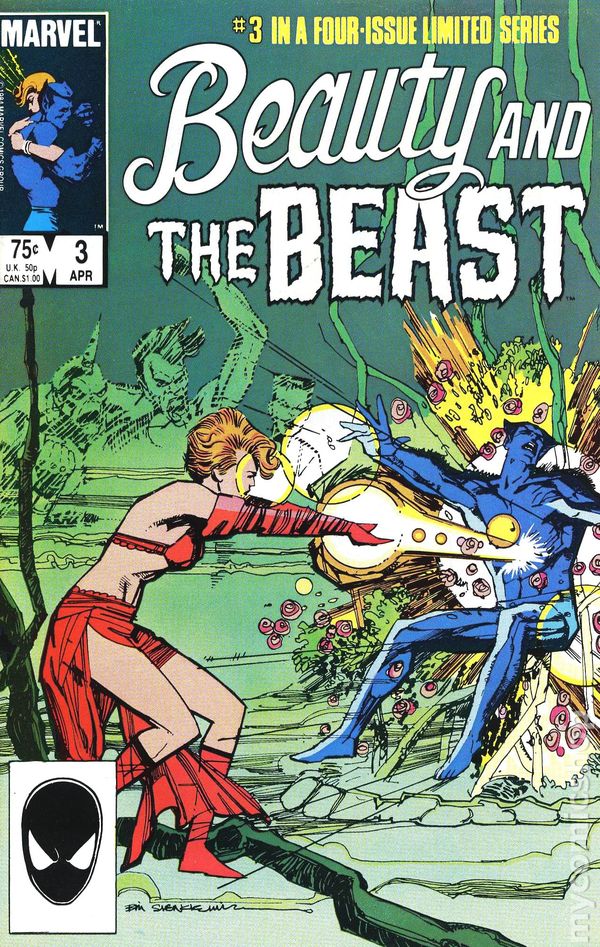 The storyline itself follows Beast and his relationship with Dazzler, a former singing star who just revealed herself to be a mutant with the power to emit light. She has been rejected by her fans and the public and must find her place among mutants now. I enjoyed the story-it was a good read for a day I was feeling a bit under the weather, but I honestly liked it as a unique retelling of Beauty and the Beast. 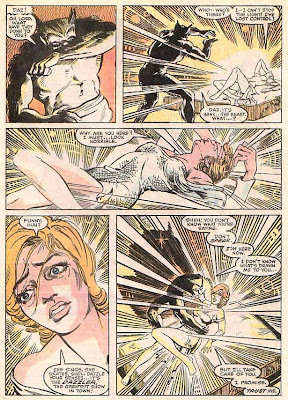 Unlike just about every other BATB story, the emphasis here is not on the romance itself, but on the action and unveiling of surprise bad guys and good guys. Which is kind of nice-many BATB stories suffer because the ONLY plot is the romance, and it can feel one dimensional and the characters underdeveloped.

Plus, in most BATB stories, the plot follows the meeting and ends at the "finally getting together" part. In this, without giving too much away, Beast and Dazzler are together by Issue 2, and the rest focuses on their struggles as a mutant couple, as well as the other storyline. Of course, I don't mind the traditional drawn out romance between an insecure Beast and the beautiful girl who finally falls in love with him-if not it wouldn't be my favorite fairy tale-but it is kind of refreshing. Beast doesn't really struggle with insecurity, but runs around L.A. without caring what people think of him, and it's Dazzler who's learning to deal with rejection.

Although the story doesn't follow the traditional French fairy tale too closely-no roses thrown in or father-daughter relationships, they did make an obvious reference to the Cocteau film at one point.

I was impressed with some of the themes tackled in just this storyline-issues that are complex, especially for the kids and preteens you typically picture reading comic books. Although, it seems other fans were not as impressed with this story, from reviews I've read. Some point out Dazzler's penchant for hardly wearing any clothes (or if she starts out wearing a longer skirt it gets ripped off, etc.) which annoyed me too but I thought was pretty typical of the genre. Others thought the ending was ridiculous, which again, seemed to be in line with the superhero/comic book world as I understand it. But again, I'm not an expert on comics. Would love to hear what you think, if you've read it!
Posted by Kristin at 9:25 AM

Labels: Beauty and the Beast