If you have time you should check out Muggle Fairy Tales are Mad by Meltha. I heard about these on Megan Kearney's BATB tumblr. They're fan fiction imagining Hermione telling Ron and Harry Muggle Fairy tales as a way to pass the time during their search for Horcruxes in the seventh book. It's fun for fans of Harry Potter, but also gives us a way to imagine hearing our own classic fairy tales for the first time. Hermione confuses the different versions, combining Disney, Perrault and/or Grimm, which is natural for most people who piece together what they've heard over time, but it's really Ron's reactions which make these so funny yet thought provoking. Here's an exerpt from the Cinderella story:

“Just then, though, who should appear but her fairy godmother.”
“Her what?” Ron said in disbelief.
“Her fairy godmother,” Hermione repeated.
“Who in their right mind would pick a fairy as a godmother? Don’t they know how dangerous those things are?” Ron said. “I mean, really, why not just give her a banshee godmother; they’re about as deadly.”
“Muggles think of fairies differently,” Hermione explained. “They don’t really understand them.”
“Yeah,” Harry chimed in. “They think they sneak into the house in the middle of the night and swap kids’ fallen-out teeth with money.”
“Now there’s a comforting image: one of the fae walking in and stealing body parts. Don’t they know how much trouble giving a magical being a body part can lead to?” Ron said, still flabbergasted. “Everyone knows that!”
“Well, Muggles don’t,” Hermione said. “Besides, the Tooth Fairy is something only children believe in. Mostly Muggles just think of fairies as tiny, cute, pudgy things with wings to put on greeting cards with flowers and bunnies.”
“There really ought to be a public service campaign for them, then,” Ron said pityingly. “So how’d Cinderella’s Muggle mum and dad even know a fairy to make a godmother to begin with?”
“Well, I… I don’t know. They never really explain how she wound up with a fairy as a godmother,” Hermione said, tilting her head to one side in consideration. “It is sort of an odd loose end to leave, isn’t it?”
“No kidding,” Ron agreed. “Hermione, no offense, but this is a really weird story.” 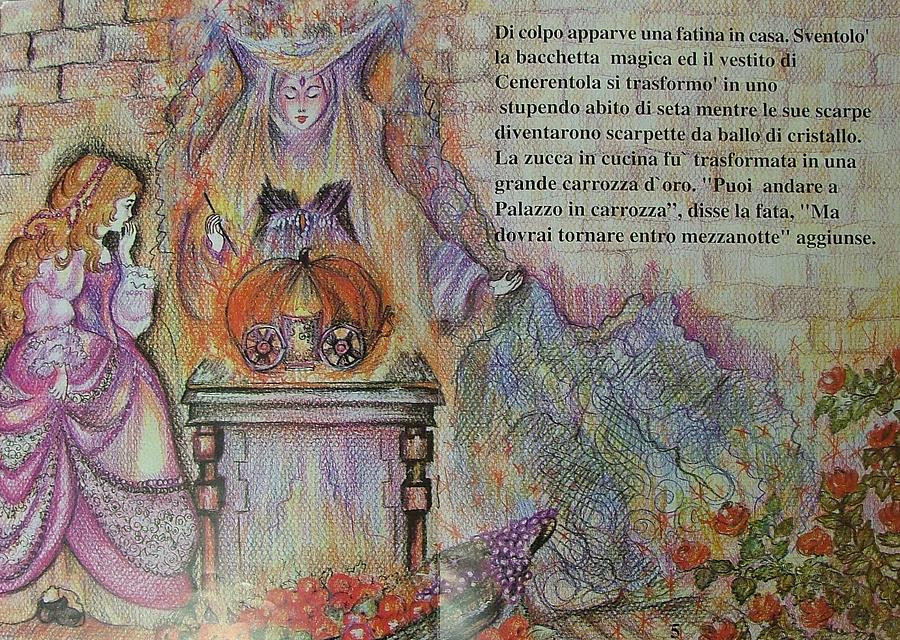