The Dark Side of Peter Pan

To preface: No, Peter Pan is not officially a fairy tale. But the story has become popular enough and many people do consider it to be a fairy tale, especially with the addition of its characters to the show Once Upon a Time. And generally, most people who have an affinity for fairy tales also tend to really like such classic fantasy stories such as Peter Pan and Alice in Wonderland. Also, this book has multiple references to fairy tales in it. 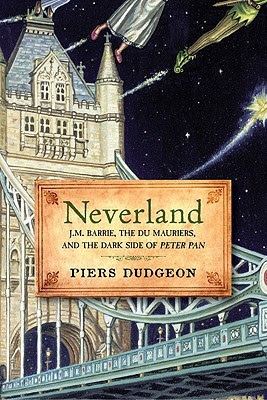 Neverland: J.M. Barrie, The Du Mauriers, and the Dark Side of Peter Pan by Piers Dudgeon is a fascinating read. The cover of the book promises as much. I was at first skeptical -"There might be scarier books, but it's unlikely that any will be as luridly creepy as Neverland," claims Michael Dirda of The Washington Post. On the front he promises "a history of psychological domination and submission, unnatural family relations, predatory abuse and suicide." Author Nina Auerbach "was literally captivated by this story." I was worried that the book might be full of sensationalized, wild accusations and unable to live up to such high praise.

But in my humble opinion, the book didn't disappoint. It covers in depth the history behind the writing of Peter Pan. Many of you may be familiar with Finding Neverland, which introduced the public at large to the friendship of J.M. Barrie, the play's author, with its real-live inspirations-the Llewelyn Davies boys and their mother Sylvia. Barrie got to know the family quite well and the games he played with the boys were woven into his literature. The movie portrays it as a sweet relationship, with a quasi-love story between Barrie and Sylvia. 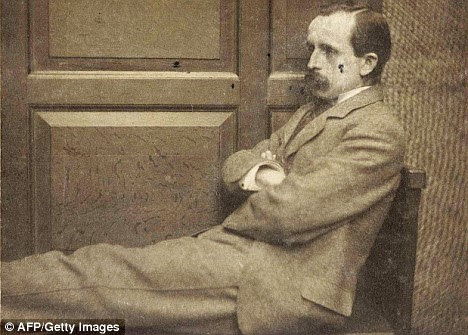 But of course the true story runs much deeper-and in many ways much differently-than the Hollywood version. Piers Dudgeon takes us all the way back to George Du Maurier, who was not only the grandfather of the Llewelyn Davies boys, but an author and artist whose works and adventures in mysticism and hypnotism deeply affected the younger Barrie. Some of the first chapters were a little hard to get into initially, just because those characters weren't ones I was as interested in learning about at first. But give it a chance and you will be just as absorbed with learning about the bohemian lifestyle of artists in Paris in the nineteenth century and the disturbing practices of hypnotizing their models.

I appreciated Dudgeon's writing. He begins with the history that has been handed down to us on the subject-the often romanticized version-but, in detective style, starts by uncovering holes in certain theories and going deeper and deeper into the mystery of what really happened between Barrie and the Llewelyn Davies family. He backs up all of his claims with solid evidence-letters and diaries from the family and their friends. He is careful not to claim speculations are truth, but by the time you have combed through the evidence with him you will probably also agree that his theories are very likely.

Given that people will jump to conclusions, especially with such dark hints, I should clarify that it is not likely at all that Barrie was sexually abusing the boys. However, there was a weird sort of psychological abuse going on that definitely had parallels to sexual abuse. It's hard to summarize without painting a wrong sort of picture and I'd really encourage anyone interested to read the book yourself, but a lot of it had to do with hypnotism, which surprised me. I had never taken hypnotism very seriously, considering it a self-fulfilling prophecy sort of thing, but it was all the rage among artists in the late 1800s and at the turn of the century. Much like drugs, it can give the people experiencing it a certain high and become very addictive, with negative long term affects that weren't discovered until, for some people, it was too late.

For a while I've had this half baked theory about Peter Pan that in my youth I gathered from the Disney version and didn't really take seriously. In one of the earliest posts on this blog I mentioned that there is no record of anything bad Captain Hook did-he is just seeking revenge against the cocky boy who cut off his hand and gave a crocodile a bloodlust for him, and that it is possibly Peter who is the villain. Turns out I was more right than I realized. One of the early titles of Peter Pan was actually "The Boy Who Hated Mothers" (Barrie had an extremely complex relationship with his domineering mother). Later, Barrie himself describes Peter as a "demon Boy" and was disappointed at the statue of his title character erected in Kensington Gardens, because it "didn't show the Devil in Peter." And really, when you think about it, the play is about a boy who steals children from their nurseries, luring them away from their parents, much like the Pied Piper (as in fact his second name, Pan, is a reference to the god who plays the flute). As Peter himself says, "I forget people after I kill them" (I believe this was from Peter and Wendy, not Peter Pan)

And, in a way, that is exactly what he did to the Llewelyn Davies boys. Both parents, Arthur and Sylvia, died tragically early. Barrie literally changed Sylvia's will so that instead of the boys' nanny and her sister raising them, he took them as his own. The boys themselves later in life either died early in tragic (sometimes suspicious) accidents, or committed suicide. Again, they are all complex situations too detailed to describe here, but it would not be untrue to say that Barrie indirectly had a hand in many of those deaths (including Sylvia's). 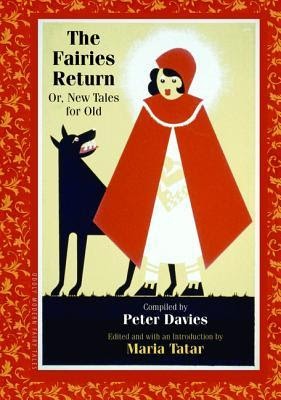 To bring the whole business back to traditional fairy tales, Peter Llewelyn Davies-thought to be the main namesake for Peter Pan (when in fact, both of those Peters were named for a fictional character penned by George Du Maurier, Peter Ibbetson) later in life published a collection of fairy tale-inspired short stories written by his contemporaries. I introduced the book and reviewed the collection here and here back in 2012 when the book was rereleased.

It's not the happy or idyllic picture that many of us associate, or want to associate, with one of our favorite childhood stories. But it's definitely one of those instances where the truth is stranger than fiction. Now I want to reread the play and see if I pick up on different things based on what I now know.