I had written way back in 2010 about how I had found authors alluding to fairy tale references in Jane Eyre, but I had yet to find a full explanation. I've picked up some more references over the years, including Maria Tatar's comparing Jane Eyre's use of fairy tales with Dickens, but in Tatar's book Secrets Beyond the Door: The Story of Bluebeard and His Wives I've found the most thorough discussion yet. 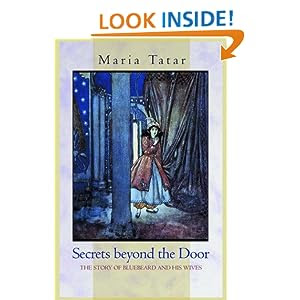 For this post I will assume my readers are familiar with the plot of Jane Eyre, so there will be plot spoilers. If you've never read it or need a refresher, you can brush up on wikipedia (or go read it right now!)

Tatar sees Jane as embodying three fairy tale characters primarily throughout her life: Cinderella, Beauty from Beauty and the Beast, and Bluebeard's wife. Jane grew up hearing stories and tales from her nurse Bessie, and alludes to fairy tales throughout the rest of the story. 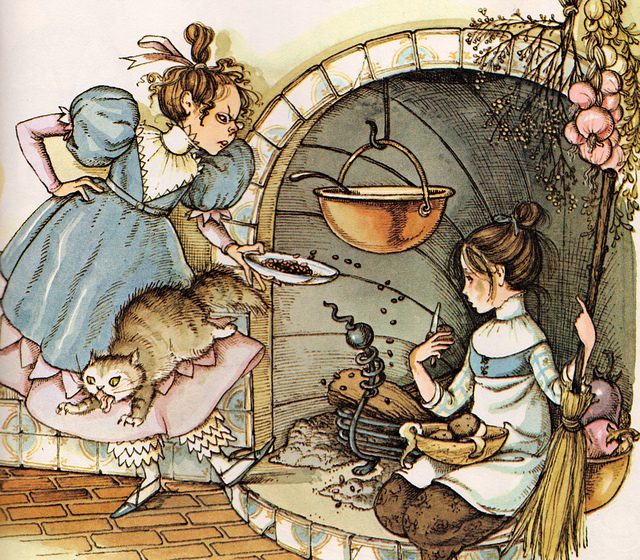 In childhood, Jane is a Cinderella figure-persecuted by her aunt, who fulfills the stepmother figure, and her two female cousins (as well as a male cousin). Her adoptive family mistreats her, excluding her from activities and pleasures, taunting her and not keeping their dislike of her a secret. Yet "Jane, though initially compliant and self-pitying, takes a defiant stance and refuses to be framed and contained by the role of Cinderella." Jane stands up to her aunt, and with all the passion of a 10-year-old looking for parental love, accuses her of being a terrible guardian and tells her she hates her (Jane will be going away to school soon so this isn't quite as risky as it may seem).

After Jane's schooling, she hires herself out as a governess, where she will be teaching the ward of a Mr. Rochester. At their first meeting, both characters are reminded of fairies and fairy tales. 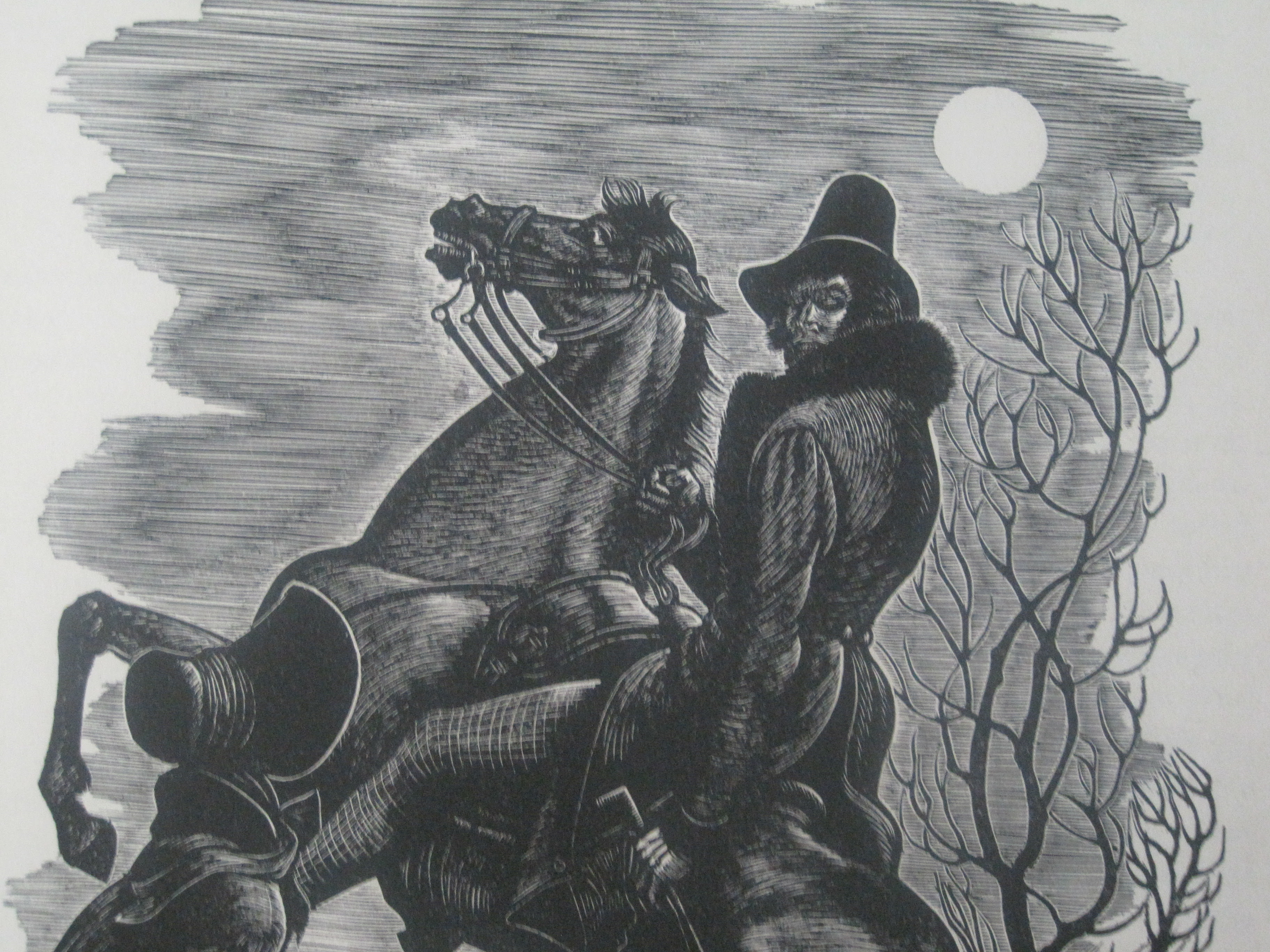 "When you came on me in Hay Lane last night, I thought unaccountable of fairy tales, and had half a mind to demand whether you had bewitched my horse; I am not sure yet. Who are your parents?"

"I have none."
"Nore ever had, I suppose: do you remember them?"
"No."
"I thought not. And so you were waiting for your people when you sat on that stile?"
"For whom, sir?"
"For the men in green: it was a proper moonlight evening for them. Did I break through one of your rings, that you spread that damned ice on the causeway?"
I shook my head. "The men in green all forsook England a hundred years ago," said I, speaking as seriously as he had done. "And not even in Hay Lane, or the fields about it, could you find a trace of them. I don't think either summer or harvest, or winter moon, will ever shine on their revels more." 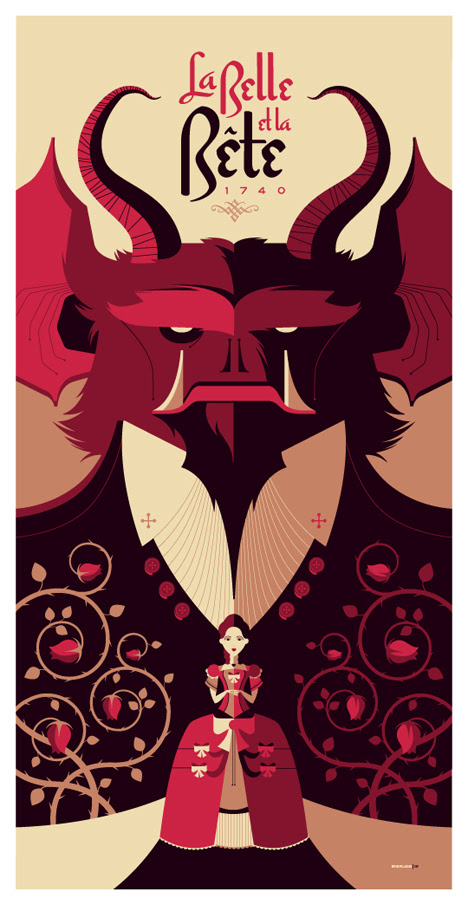 Next Jane enters into the Beauty and the Beast phase of her life. Although Rochester isn't especially ugly at this point, he is described at various points as "shaggy," "metamorphed into a lion," and "some wronged and fettered wild beast, dangerous to approach in his sullen woe." Although human, he is symbolically the wild and untamed man that society dictated must be tamed by a woman. At the end of the story Rochester asks Jane "Am I hideous?" to which she replies, "Very, sir, you always were, you know." Jane's bluntness is reminiscent of this conversation between Beaumont's Beauty and Beast: 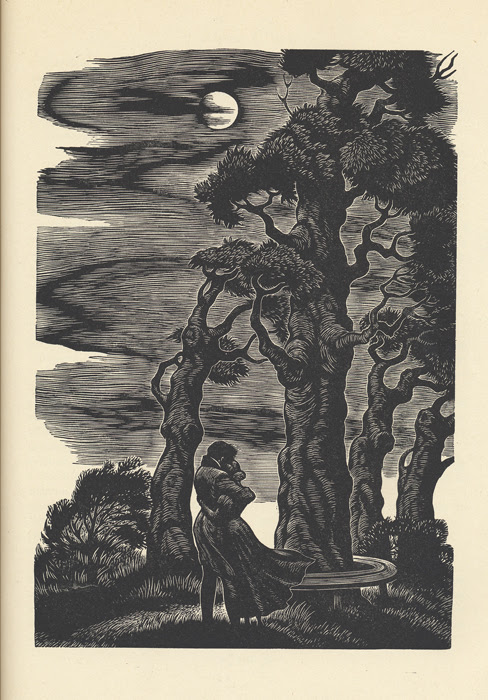 At the end of the story, after Rochester is blinded and disfigured by the fire, he really does embody the Beast, and only then can Jane marry him. But first, she must go through her last fairy tale; Bluebeard.

Even Jane recognizes the connection between Rochester and Blubeard, and refers to the halls of Thornfield Hall as "Bluebeard's corridors." It doesn't take long for her to realize that Rochester and the other servants are hiding something from her, but unlike Bluebeard's wife, Jane shows little to no curiosity. Rochester calls her Eve, who often is symbolically linked to Bluebeard's wife, when she does ask a question, and afterwards she chooses to stay ignorant, which "reveals just how powerfully invested she is in suppressing her real curiosity and avoiding the fate of Bluebeard's wife."

Yet of course, the secret of his first wife is eventually revealed. Rochester pleads with her to marry him anyway, but she will not be his fairy tale fantasy if it means contradicting her own moral code. She herself is skeptical of conventional fairy tale endings; she has contempt for tales that "promise to end in the same catastrophe: marriage" , and later reflects, "Human beings never enjoy complete happiness in this world...I was not born for a different destiny than the rest of my species; to imagine such a lot befalling me is a fairy tale-a daydream."

Yet, Jane's story does end happily, as Bertha kills herself, leaving Rochester available. Tatar concludes, "Jane remodels the fairy tales told to her in her youth and revises conventional notions of romance by producing a radically new cultural script...Making productive use of fairy tales by reacting to them, resisting them, and rewriting them rather than passively consuming them and internalizing their values, Bronte's Jane Eyre offers a map for reading our cultural stories and using them to reflect on individual identity, courtship and romance, and marriage."