Man-just when I think I'm a Disneyland geek, I find there are lots of people out there WAY more into it than I am. It's kind of amazing what a loyal fanbase a theme park can have...and this coming from someone who is considering spending some of her precious sightseeing time in Paris later this spring going to Disneyland Paris, in place of some of the other major attractions that can only be found in Paris. 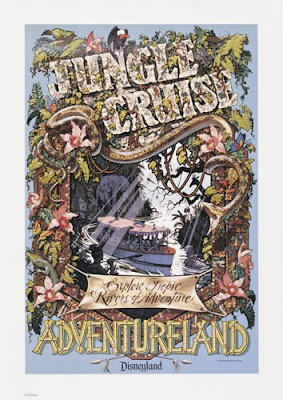 Daveland has a blog and a regular site full of photos and information about Disneyland, past and present. Just a look down his blogroll and you can see plenty of other blogs dedicated to Disney history, Disney parks, or other surprisingly specific topics-like one blog entirely devoted to The Original Disneyland Hotel. And it has 43 followers! 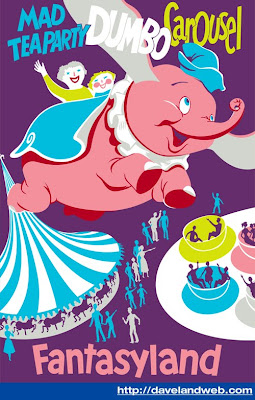 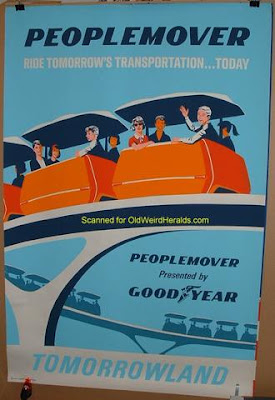 Little books like this can be found in antique stores, and unfortunately the Disney ones are usually really expensive. Fortunately I found this one in a corner and knew I had to have it: 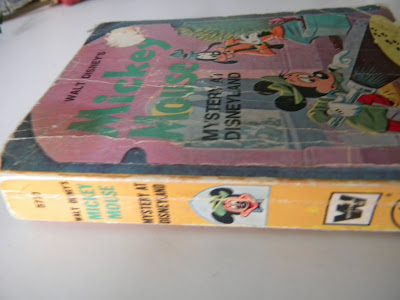 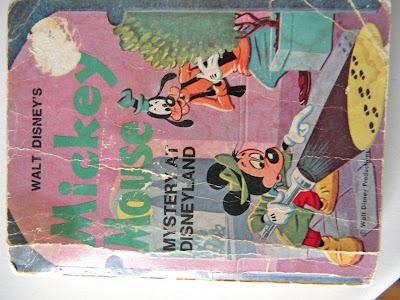 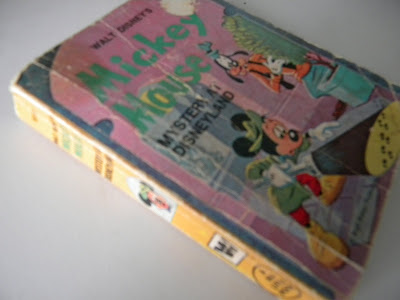 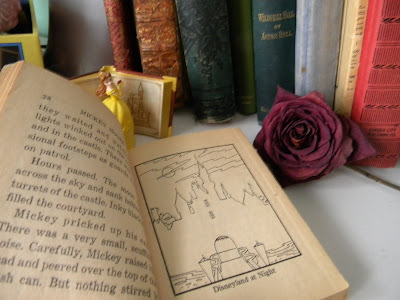 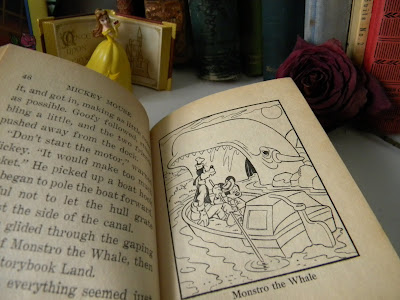 I had hoped that the lands and rides of Disneyland would be more incorporated into the story than they were-most of the story didn't even take place in Disneyland (though some may recognize the above picture as the entrance to Storybookland). Still, it's a fun little way to remember Disneyland without buying overpriced souvenirs in the park!
Posted by Kristin at 1:33 PM