Donkeyskin: The reality of child abuse

I've always been a fan of fairy tales, but especially since starting this blog I've been more aware of how people use the phrase "fairy tale," and it is nearly always condescending, no matter who it comes from. This is truly unfortunate-even in the "dumbed down" versions, of such as Disney is always accused, there are still horrific elements (abuse and murder attempts); not to mention the even darker historical versions. And even aside from these well-known American tales, Bluebeard and Donkeyskin, which deal more specifically with murder and incest, are considered not to be random fairy tales pulled out only to defend their mature content, but part of the basic fairy tale canon (Donkeyskin is apparently more well-known in France and other parts of Europe, where children's toys and picture books are given this dark theme). 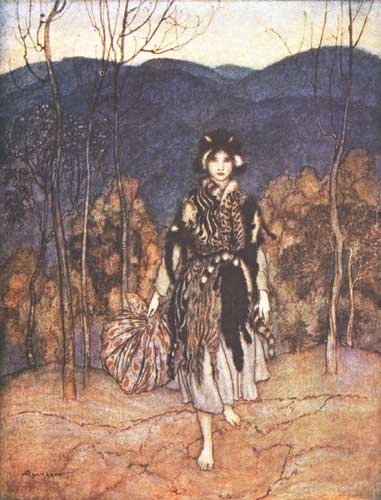 Donkeyskin is, like most fairy tales, a story about a character who encounters awful challenges but overcomes in the end. Tragically, the theme of abuse is hardly restricted to this tale-Wikipedia says that studies vary widely in results, but the percentage of abused females could range from 8 to 71%. This tale can provide hope to those who are victims of abuse and understanding for those of us who aren't. The first recorded mention of Donkeyskin was a sermon in 1501; in 1550 Straparola included a similar tale, "Doralice," in his collection of tales. Apparently, Louis XIV was lulled to sleep by Donkeyskin tales, and Moliere most likely heard it as a child. The most famous version is Perrault's, however, Perrault didn't really take his tales seriously and treated them flippantly and irreverently, which could also explain the issue of the moral in "Bluebeard." The annotated Perrault version of Donkeyskin can be read on Surlalune. Perrault can be frustrating for a modern person to read. After seeing a college production of the play "Secret in the Wings" (which I loved! I wish I could remember more about it so I could write a post about it!) a friend of mine commented that it was very disturbing that the hero prince at the end of the tale falls in love with Allerleirauh because he was physically attracted to her-which is hardly different than the incestuous father. The lack of punishment of the father at the end of the tale is typical of fairy tales in general, which allow the fathers grace but delight in tormenting female villains. 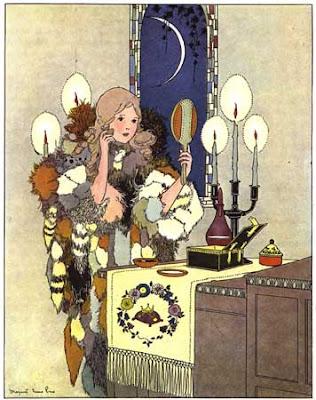 The article "Donkeyskin, Deerskin, Allerleiurauh" by Helen Pilinovsky comments on the Perrault version and then contrasts this with three modern versions by Robin McKinley, Jane Yolen, and Terri Windling, in a fascinating look at how modern culture relates to the tale differently than Perrault. 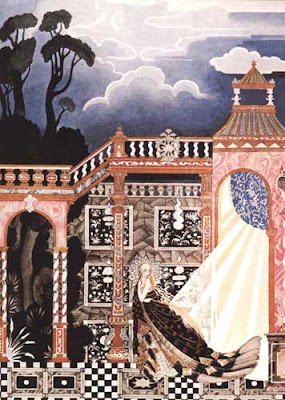 The main differences can be seen in the issues of blame, and the "happily ever after" usually attached to fairy tales. In real cases of abuse, the victim may feel guilty, and this feeling may be enforced by society. Perrault-and several critics after him-see the Queen mother as the guilty party for making the King promise only to remarry a woman more beautiful than she is, ignoring the fact that the King does not have to remarry at all (which is usually the intent attributed to the Queen), much less take his unwilling daughter.
The three modern writers (who are all female) spread out the blame. All of them, understandably so, put at least some of it on the father himself. McKinley includes more history on the Queen Mother, suggesting that she may have been abused herself by her father-and sadly, tragedies like abuse do tend to be cyclical through generations. Yolen includes a bitter nurse as the initial instigator, but thay all include the society around the characters in the blame as well. The other characters in the stories are quick to excuse the father, blame the daugther, and even silence those who disagree. The mothers themselves are not implicitly given blame; McKinley's mother is seen as a product of her past. Yolen's Queen mother dies before she actually makes a stipulation, and it is the King who provides it. Windling's mother was only concerned that the new wife be better than her, for fear of the stereotyped evil stepmother. 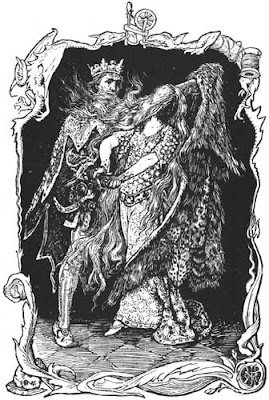 The endings of these versions are also drastically different than Perrault. There is no Prince who falls in love with Donkeyskin at first sight only because of her beauty; these stories are more realistic and dark. McKinley's heroine cannot heal from trauma quite so quickly as the classic Donkeyskin, who accepts the Prince's love without question. It takes time to heal, and even when she is ready to go back to the Prince who offered her marriage, she is afraid she will not be able to commit, and the Prince accepts her as she is-broken and scarred.

Yolen's story has this very chilling ending: "Now if this were truly a fairy tale (and what story today with a king and a queen. . . is not?) the princess would go outside to her mother's grave. . . .The neighboring kingdom would harbor her, the neighboring prince would marry her, her father would be brought to his senses, and the moment of complete happiness would be the moment of the story's end. . . .But this is not a fairy tale. The princess is married to her father and, having always wanted his love, does not question the manner of it. Except at night, late at night. . ." 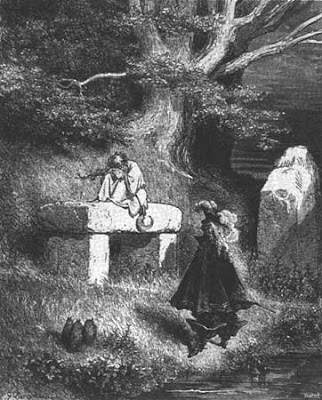 Even more eerie is the conclusion. The heroine dies in childbirth like her mother before her, and the reader is left to suppose that the cycle will only repeat itself, for, " "The king knows that he will not have to wait another thirteen years. It is an old story. Perhaps the oldest."

Windling's story is set in modern America. Her heroine is not a Princess. The hard work that is Perrault's Donkeyskin's bane until the Prince discovers and saves her is this heroine's salvation-getting a job. Yet, as Pilinovsky suggests, the negative associations of hard work are taken away.
Each of these stories looks into the classic fairy tale canon and produces a new, thoughtful work that treats the themes seriously and more realistically. I have only read the Robin McKinley but am very interested in reading the others now. 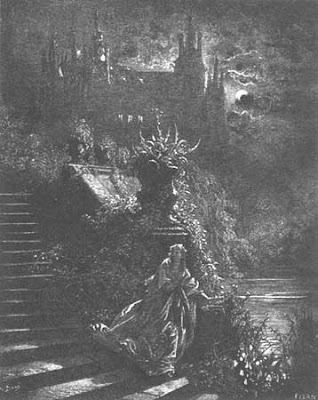 Other unmentioned sources were "From the Beast to the Blonde" by Marina Warner and the Donkeyskin History article on surlalune. Illustrations by Arthur Rackham, Margaret Evans Price, Kay Nielsen, H.J. Ford, and Gustav Dore (last two).
Posted by Kristin at 4:01 PM