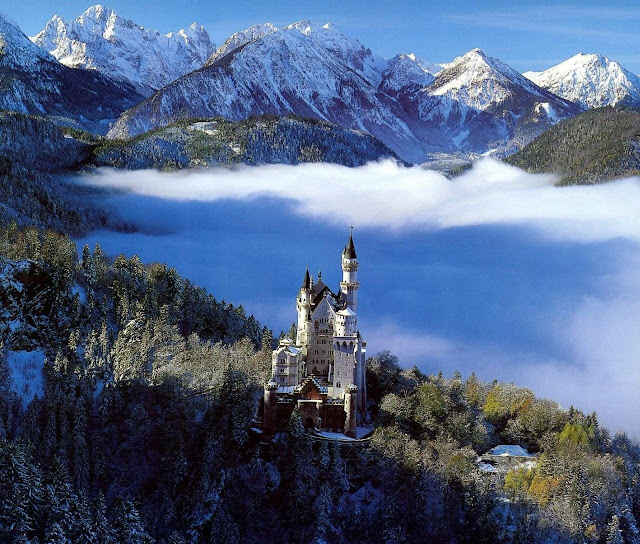 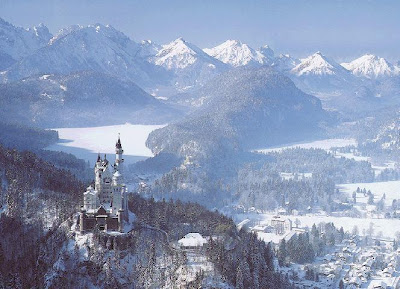 Neuschwanstein is often referred to as a fairy tale castle, which is usually meant in the general sense that it is idyllic, beautiful, and other-worldly, not necessarily because it has to do with actual fairy tales. However, King Ludwig II of Bavaria was inspired by German stories and legends-this was the century when the Grimms' tales made their appearance, and German stories were thought to represent the essence of what it meant to be German. The King was most inspired by the legend of the Swan Knight, which is not technically a fairy tale but a saga, but is similar to fairy tales-the knight Lohengrin appears in shining armor on a boat drawn by a swan to save the damsel in distress. In fact, the story is more like the negative stereotype people associate with fairy tales than actual fairy tales. Nevertheless, the King identified himself with the knight of the legend and used the image in the murals in his escapist home, such as the one below. 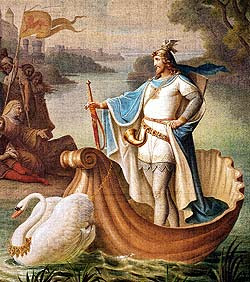 The castle is truly breathtakingly beautiful and was also one of the main inspirations for the Disney theme parks' castles. 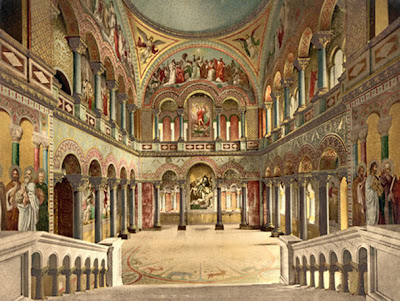 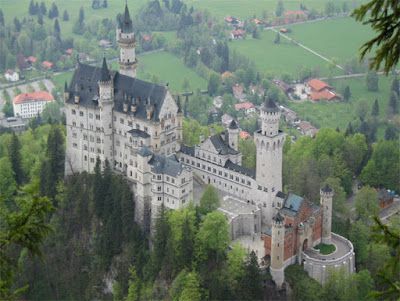 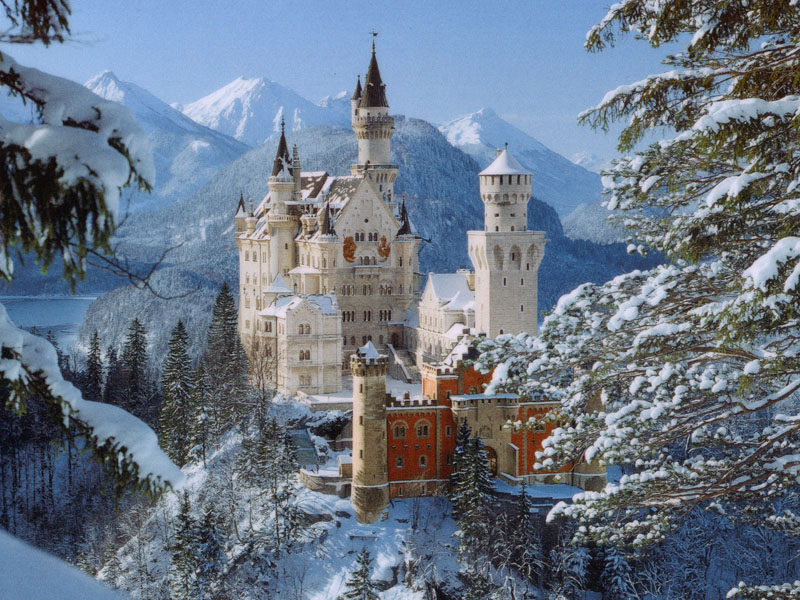 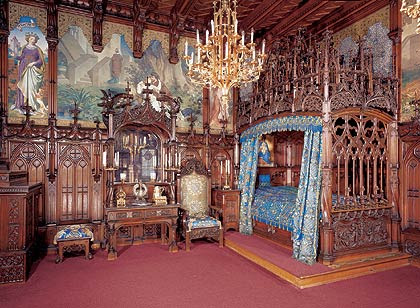 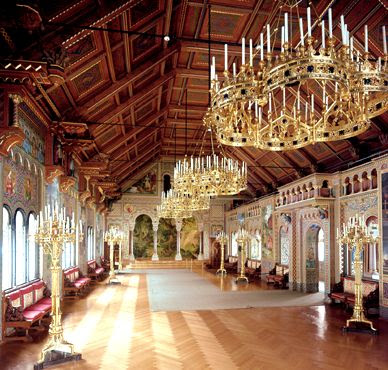