Snow White reference in the News 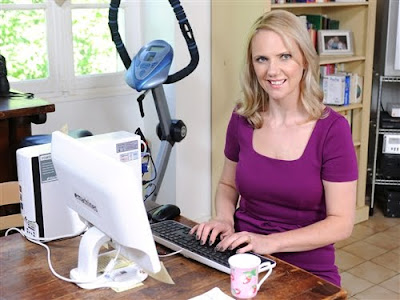 Samantha Brick wrote an article claiming that her beauty subjected her to the attention of males and the jealousy and cruelty of other women. My response would be, "obviously," and it's one of the points I make on the blog all the time: people are, unfortunately, constantly judged by their looks. The initial article started a wave of backlash and negative comments about her appearance, which Brick claims proved her point. But sorry if I don't have too much sympathy for the woman who writes: “Their level of anger only underlines that no one in this world is more reviled than a pretty woman.”

Tweets have been popping up to comment on the situation, including this one, “Samantha Brick arrested for attempted murder of Snow White so she can remain ‘fairest in the land.’ ” Snow White is a ready reference because of the new movies...which I'm kind of excited to see!
Posted by Kristin at 3:21 PM