Fairy tale collections featuring female protagonists have gotten more popular recently in our little world of fairy tale lovers, but those stories sadly still remain elusive among the more general public who still tend to think that fairy tales promote the stereotype of the helpless female waiting around to be rescued by a man. 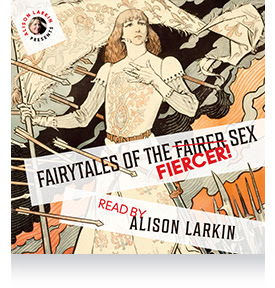 I was recently notified of a new audiobook release that features 20 tales, narrated by Alison Larkin, all of which feature strong female protagonists! Description for Fairy Tales of the Fiercer Sex:

These are not stories of helpless females shut up in high towers waiting around for a handsome Prince to rescue them. These are tales of strong, independent, brave, at times irreverent girls and women who take charge of their own lives, go on their own adventures and rescue themselves and the ones they love.

The clever serving maids, brilliant princesses and other females in this collection have far more to distinguish them than the fact that they end up happily married to a prince! 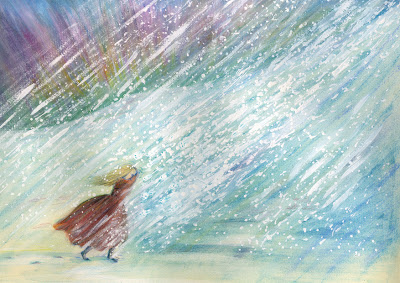 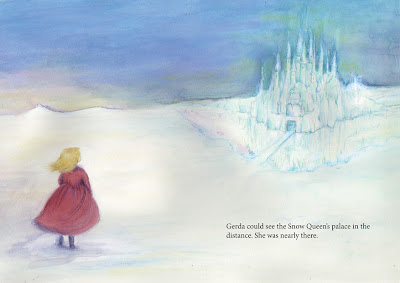 There are a few standard fairy tales on the list, but it's good to be reminded that even the fairy tales culture is familiar with often feature clever women who actually do a lot more than sitting around dreaming helplessly of love (even in the cases of the worst offenders for most helpless princesses, you can usually make a case for them not being quite as passive as some have made them out to be anyway). There are also quite a few tales I'm not familiar with at all, so it seems like it would be a good mix for both the casual fairy tale fan as well as many of the readers here who are already familiar with more tales than the average person!

Another cool thing about this collection: Promoting awareness is also translated into action, because for every downloaded audiobook ($20), $5 goes towards helping girls and women in need around the world. That's a cause I would happily support!

Jane Yolen's Not One Damsel in Distress 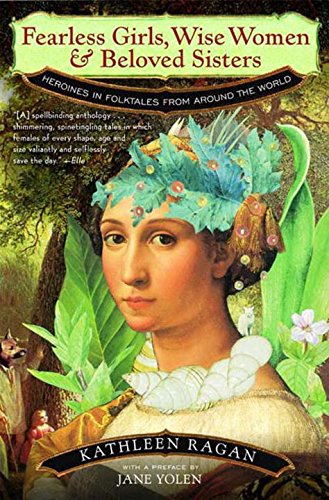 UPDATE: Adam reviewed the audiobook over at Fairy Tale Fandom, check out his review!
Posted by Kristin at 8:50 AM