I have been very inspired by the mermaid posts happening at Surlalune this month and want to learn more about them. And I became curious about a well-known mermaid symbol, the Starbucks logo.
From wikipedia:
"In 2006, Valerie O'Neil, a Starbucks spokeswoman, said that the logo is an image of a "twin-tailed siren".[68] The logo has been significantly streamlined over the years. In the first version, which was based on a 17th-century "Norse" woodcut,[66] the Starbucks siren was topless and had a fully visible double fish tail.[69] The image also had a rough visual texture and has been likened to a melusine.[70] In the second version, which was used from 1987–92, her breasts were covered by her flowing hair, but her navel was still visible, and the fish tail was cropped slightly. In the third version, used between 1992 and 2011, her navel and breasts are not visible at all, and only vestiges remain of the fish tails. The original "woodcut" logo has been moved to the Starbucks' Headquarters in Seattle." 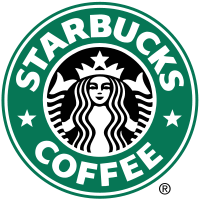 
These are the three images available on wikipedia-but according to the text, also from wikipedia, there should be two images from 1987-2010?

Sirens-enchantresses who haunt the seas and, by the beauty of their voice, lure men to destruction. Those who hear the sound of their voices cannot help but become obsessed with finding its source. (I seem to remember a story where sailors, knowing they were travelling dangerous waters, put in earplugs to save themselves from this fatal enchantment-but I don't remember the source of the story, does anyone know?)
Melusine-feminine water spirit

EDIT: Surlalune has expanded on the Starbucks Siren-read more here. Also, thank you to therealycats in the comments for identifying the above story as from the Odyssey. At some point I plan to look up that part and post more details about it.
Posted by Kristin at 5:13 PM