Why fairy tales make you smart 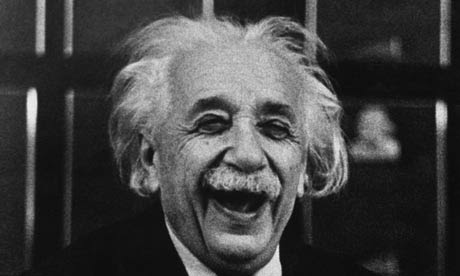 The above quote, which I've referenced before, comes from none other than Albert Einstein. And though the title of this post was meant to be slightly humorous and not to literally apply to all situations, I think there's something in what he said. He elaborates below:

"When I examine myself and my methods of thought, I come to the conclusion that the gift of fantasy has meant more to me than any talent for abstract, positive thinking."

When children are young, they are what we call concrete thinkers. This means that they understand things based on concrete objects they can see, and not abstract concepts. As a special ed teacher, many of my students are stuck in the concrete thinking stage. They probably interpret phrases literally and will be confused at puns or words with double meaning. For example, using a phrase like "looks like the cat's out of the bag" is something adults may use and the meaning is obvious to us, but a concrete thinker may start looking around to see where this cat is and wondering why it was in a bag in the first place.

When young children learn math, they can learn basic arithmetic by using physical objects to represent an equation. Two apples plus one apple equals three apples; children can add and subtract by counting with their fingers, and that's why our math system is in base 10. But when it comes to algebra, and the concept of a variable is introduced, that's abstract-a letter which doesn't really represent a letter, but an unknown numeric value. In order to understand algebra, one has to be able to entertain an undefined idea that can't be represented by an object or picture.

Really this is what fairy tales do, although the same argument could be made for fantasy or fiction in general. Except in rare cases, children are able to understand when they hear a story, especially one that begins in "once upon a time" and isn't intentionally presented as a true story, that it didn't actually happen. Therefore they're entertaining ideas in their heads that they know aren't physically real, or thinking abstractly, but in a basic, graspable form. Even more in fantasy and fairy tales, as children learn more about the world, they're able to take in many events in a fictional story and separate in their minds what is not true but could be true, such as Cinderella doing housework, with what is not true and couldn't possibly be true, such as a pumpkin turning into a coach. Very young or concrete thinkers may be confused by this, but an older child who is not yet an abstract thinker won't have to be specifically taught that pumpkins can't turn into coaches to know that that element of the story was magical. And yet it's fun for children-and most adults, I believe-to entertain the notion of living in a world where such a thing would be possible. 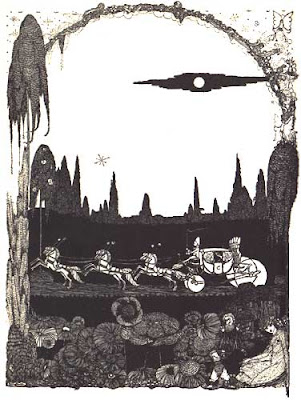 I think this is what Einstein meant. It appears to have worked for me-I devoured fantasy as a child and was always good at algebra. Although I can think of people who read lots of stories and fantasy and still didn't understand algebra, so again, it's not meant to be the newest method in math education or anything. But if Albert Einstein said it, it must be legit, right?
Posted by Kristin at 4:40 PM