Since capes and cloaks aren't really in vogue these days, a current way to reference Little Red Riding Hood is to have her wearing a red hooded sweatshirt, such as in the pilot episode of Grimm: 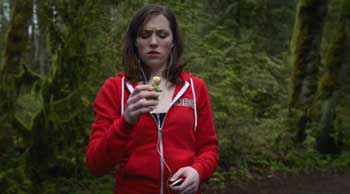 Or maybe a red jacket as in Freeway: 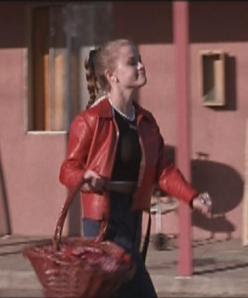 Back when we were doing the You Know You're a Fairy Tale Blogger When... posts, I mentioned that I feel just a little bit paranoid when I go running in a red hoodie. That scene from Grimm probably didn't help, but outdoor running can be a legitimate concern for people.

Although the wolf has been interpreted for hundreds of years as referring to males who may be sexual predators, the fairy tale originated in societies where wild animals were a real danger, and belief in werewolves was prevalent. The wolf probably started out as literal.

Either way you look at it, it's hard for a 21st-century person living in the Chicago suburbs like myself to really wrap my head around the associations people used to have with wild animals. Around here, it seems like anywhere you go, there's civilization, cell phone towers, businesses and homes, and streetlights. The one place you can go to even get a small idea of what it might be like to live in a tiny town in the middle of a vast forest is a running trail or forest preserve.

And running trails, being secluded, are known for being potential places for attackers to hide. See this article for a map of reported attacks on runners in the D.C. area. There don't seem to be stats for  incidents of this nature (this article has some information about risks of rape and attack), but it's something you hear reports of all the time. A woman was attacked this summer on a section of the same trail I ran on, in the middle of the day.

This is one of those areas where it can be really frustrating to be a woman. Men can go running in the dark, alone, and be fairly confident that they will be safe. Women have a whole list of restrictions to abide by. We are seen as being weaker and therefore an easier target, as well as more likely to be sexually assaulted. Even if being attacked isn't likely, there's still the fact that, if an attack should happen, people could shake their heads and say, "well, she knew she was taking a risk, running alone like that." Even though the attacker is clearly the one at fault, there would still be some amount of blame attached to the woman who just wanted to get a workout.

I run with a rape whistle on my key ring, but to be honest, if someone were to attack me I'm not sure I'd have the presence of mind to pull it out of my pocket and blow on it. I go running in the daylight and usually when there are plenty of other people on the trails, but as the weather gets colder, trails are less populated. The other day I had a scare, running through a trail in a field, hearing a rustling in the stalks. My mind being filled with fairy tale imagery, my first thought was a wolf. It was probably only a rabbit or squirrel, but it could have been a coyote or something more sinister.

I still feel pretty confident when I run by myself. But in those rare times when I feel isolated and surrounded by the darker side of nature, I try to imagine what it would have been like to live long ago, when travelling anywhere outdoors was much more dangerous. The woods would have been filled with beastly predators, and even sexual assault would have been fairly easy in more secluded areas-risks we worry about today (rightly so) would have been an everyday issue for most fairy tale audiences. 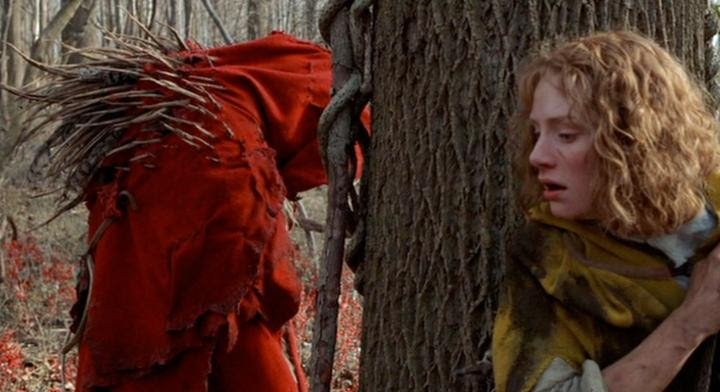 From M. Night Shyamalan's The Village-the "monsters" wear red and are attracted to the color

And, kind of on the same topic, I found these fairy tale-inspired workout shirts on the etsy shop WorkItWear. I love the female-positive messages (such as, "I run like a girl-try to keep up"), and the idea that you can be the kind of girl who likes Princesses and fairy tales but also strong and athletic! 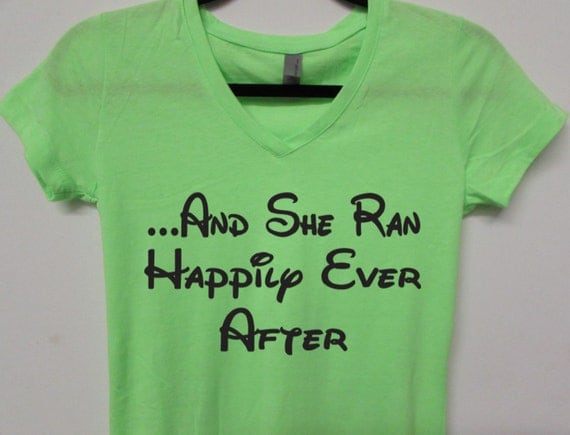 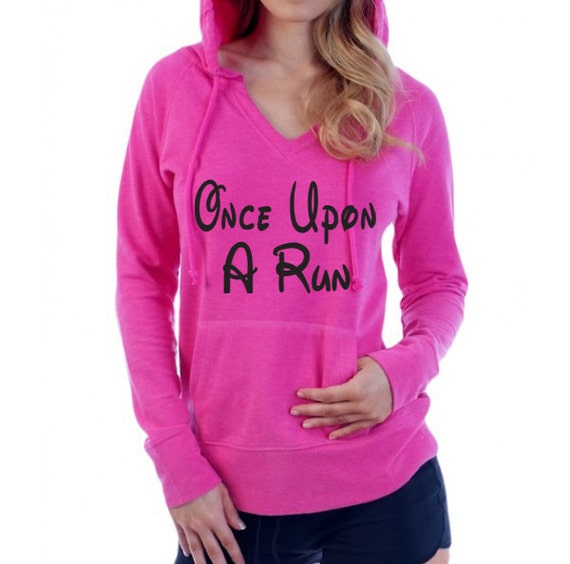 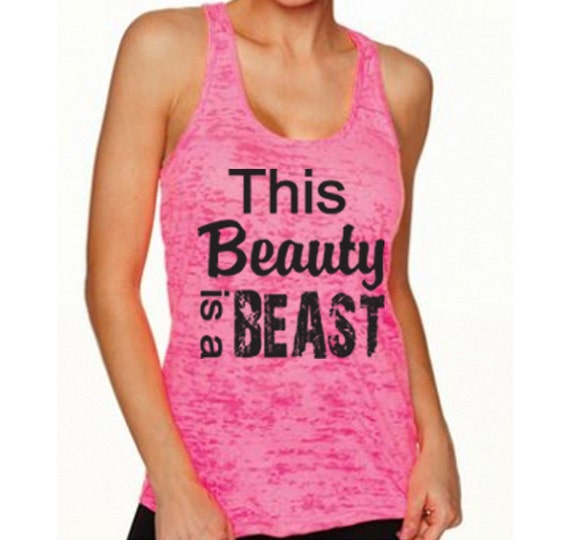 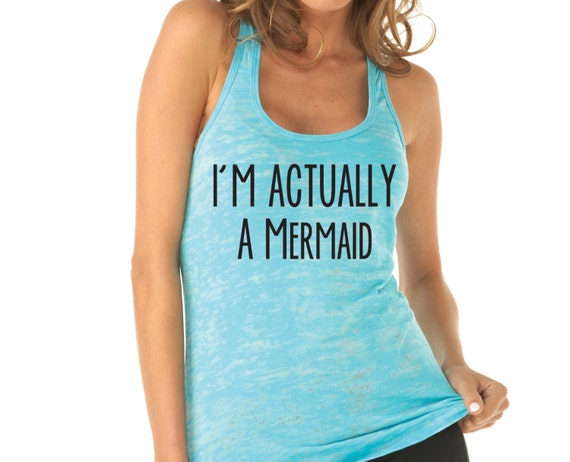