Many people have the tendency to try and find moral code in fairy tales. This is often because many of the famous collectors of the tales would make a point of inserting life lessons into the stories, like the Grimms, or outright giving you a rhyming moral at the end, like Perrault. 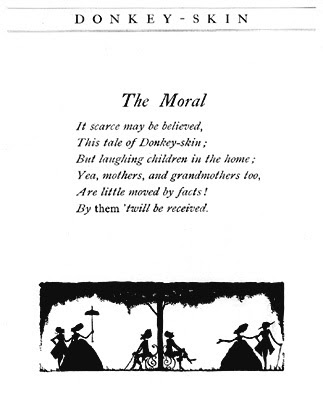 Yet fairy tales don't always agree with traditional morals. The more you read, the more you realize that often trickery is rewarded, or the hero is stupid and just plain lucky. You will also find, as you read multiple variations of the same tale, that the same happy ending can come about in completely different ways. Those who assume that fairy tales represent a very simplistic and over-idealized worldview often have read very few fairy tales, because they are actually quite complex, and sometimes contradictory.

But when you think about it, this is the only thing that makes sense. Fairy tales come from the people-thousands and millions of storytellers, from generations ago, each crafting and recreating the tales in ways that made sense to them. They come from a multitude of cultures and are reshaped when they visit other countries and when they are brought into new generations of tellers. 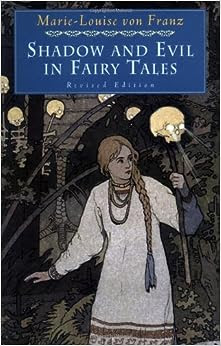 In Shadow and Evil in Fairy Tales, Marie-Louise von Franz says, "I have looked at collective fairy tale material for many years, wondering whether it would be possible to find a few general rules of human behavior which would always be valid. I have to confess that I have not found a standard basic rule, or rather, I have found it and I have not found it, for there is always a contradiction!

"I can tell you stories which say that if you meet evil you must fight it, but there are just as many which say that you must run away and not try to fight it. Some say to suffer without hitting back; others say don't be a fool, hit back! There are stories which say that if you are confronted with evil, the only thing to do is lie your way out of it; others say no, be honest, even towards  the Devil, and don't become involved with lying...I disappointedly came to the conclusion that really it should be like that, because it is collective material! How, otherwise, could there be individual action? For if collective material is completely contradictory, if our basic ethical disposition is completely contradictory, only then is it possible for us to have an individual, responsible, free conscious superstructure over those basic opposites...There would be no individuality if the basic material were not contradictory." 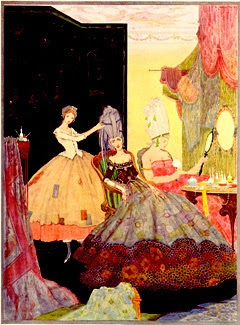 This passage illustrates the dangers of drawing conclusions from one certain version of fairy tales. So many people are upset that, in their experience, Cinderella and other popular Princesses tend to be too passive. Yet there are many versions, although sadly not as well-known, where Cinderellas and other female characters are more active, courageous, and take risks to find their own positive ending. Yet in our fight to promote more positive female role models, we shouldn't forget that cheerful patience is still a valid way to go about achieving a good outcome!

Fairy tales are symbolic-they are read by all kinds of people who read into them to interpret an infinite number of circumstances. Sometimes the most wise advice is not to give general sweeping statements, but begins with "that depends..." And if you are familiar with the larger body of fairy tales, this is essentially what fairy tales do. They show you that there are multiple ways to find solutions to problems-also multiple ways to bring about problems. In Rumpelstiltskin and other spinning tales, sometimes the central character is hard working and diligent, but other times she is lazy but clever and yet still gets a happy ending. Although Bluebeard's wife is chastised for her curiosity, many versions (such as "Fitcher's Bird") reward the woman for her curiosity, bravery, and ability to trick the villain. 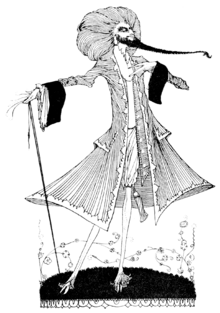 We all face different situations, and we all handle them with different personalities as well. When I hear feminists getting upset about the passivity of females in fairy tales, I start to feel uncomfortable. While I don't let people walk all over me and take advantage of me, I'm a shy, laid-back person. I'm introverted and a natural follower, not a natural leader. I also more recently learned that I am a Type 9 in the Enneagram Personality Test, part of which means that I tend to be a conflict avoider, rather than proactive. It doesn't have to do with my being a woman verses a man. So while it's something to be aware of and potentially work on, there is still nothing inherently worse about being a certain personality rather than another. People at different ends of personality spectrums tend to compliment each other-just as no two people are the same, it makes sense that fairy tale characters act differently in fairy tales, even in different versions of the same tale.
Posted by Kristin at 4:53 PM