Beast by Brie Spangler, expected out this October, promises to be a very unique retelling of Beauty and the Beast! 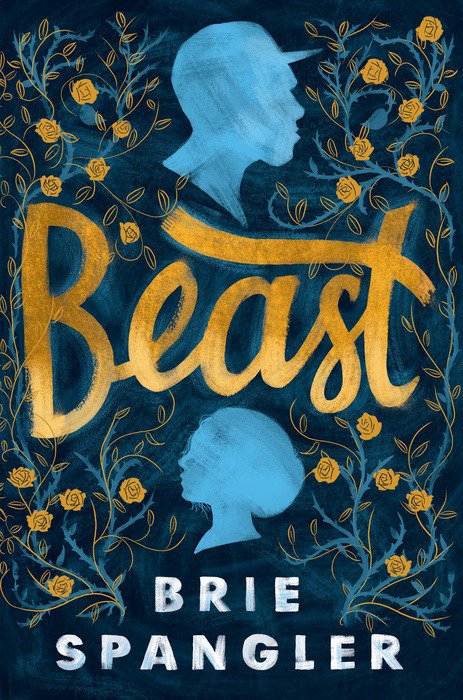 "Tall, meaty, muscle-bound, and hairier than most throw rugs, Dylan doesn’t look like your average fifteen-year-old, so, naturally, high school has not been kind to him. To make matters worse, on the day his school bans hats (his preferred camouflage), Dylan goes up on his roof only to fall and wake up in the hospital with a broken leg—and a mandate to attend group therapy for self-harmers.

Dylan vows to say nothing and zones out at therapy—until he meets Jamie. She’s funny, smart, and so stunning, even his womanizing best friend, JP, would be jealous. She’s also the first person to ever call Dylan out on his self-pitying and superficiality. As Jamie’s humanity and wisdom begin to rub off on Dylan, they become more than just friends. But there is something Dylan doesn’t know about Jamie, something she shared with the group the day he wasn’t listening. Something that shouldn’t change a thing. She is who she’s always been—an amazing photographer and devoted friend, who also happens to be transgender. But will Dylan see it that way?"
Posted by Kristin at 8:37 AM