Last weekend the Chicago Tribune had an article on fairy tale castles that Tony pointed out to me. This is hardly a unique thing-the internet/magazines and travel articles are full of lists of beautiful castles, but it got me wondering: why are they always called "fairy tale castles?" Very few of them ever have associations with fairy tales (with the exception of maybe the Neuschwanstein and the one featured here), yet the mere fact that they are castles means that we throw the term "fairy tale" in front of them. Sure, castles are featured in fairy tales, but so are tiny peasants' huts, and you don't see lists of "fairy tale pauper homes." 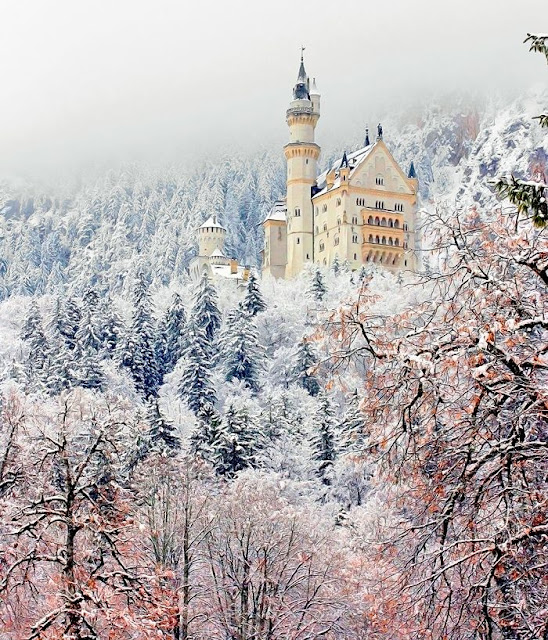 The article's introduction reads, "True love and happily-ever-afters are the stuff of which fairy tales are made, so why not give your romantic getaway a storybook feel with a stay at a castle?"

I wonder, is this just an American thing? Castles are such a fascination to us because we have so few around here, and relatively little history. In Europe castles are just part of the landscape, and part of the history; it's where rulers and rich people used to live. It would be sort of like if, in the future, people were making lists of enchanted state capitals to visit. (There are tours of mansions, but you don't usually see people advertising them as being "magical" or associating them with fairy tales). 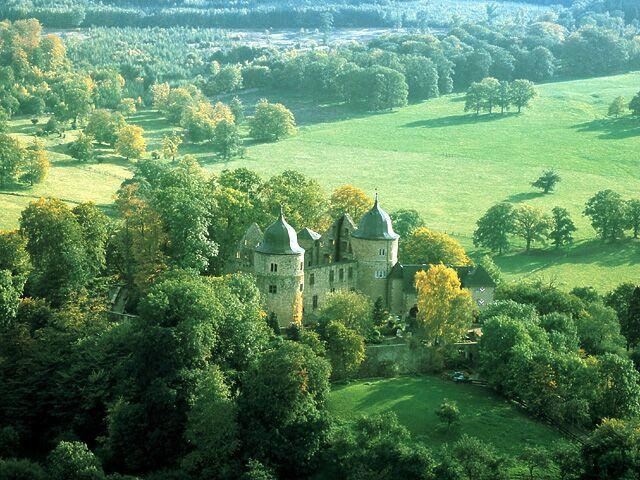 Yet one castle that does have fairy tale associations is the Sababurg, or Sleeping Beauty Castle. The Castle itself is not far from where the brothers Grimm lived. Terri Colby states in the article that "It had been in disrepair for many years and was hidden by shrubbery in the early 1900s when locals began calling it the Sleeping Beauty Castle of Brothers Grimm fame...These days the fairy tale is celebrated, with actors dressed as Sleeping Beauty and Prince Charming telling the story of their love. It's not too kitschy, largely because this is a genuine castle with real history."

So I guess that's all we can hope for in a fairy tale reenactment in a historical castle-"not too kitschy."

Still, if a trip to Germany and a stay here were anywhere within our travel budget, I'd go there in a heartbeat. Anyone been here/have more info?