A little fairy tale humor for your weekend-one of the many LRRH parodies is "Little Aqua Riding Hood," which can be found in Jack Zipes' The Trials and Tribulations of Little Red Riding Hood. (It was originally a navy blue hood in the title, but for some reason Zipes translated it to Aqua-I personally think the more specific shade makes it more humorous.)

The 1977 story stars Little Red Riding Hood's granddaughter Lorette-incidentally making the "original" LRRH now the grandmother, and the wolf is also a descendant of the infamous wolf of the story, who now lives comfortably in a zoo while Lorette must take a bus to get to her grandmother's Parisian apartment. It plays with the tension between, do we learn from our past mistakes, or is history doomed to repeat itself? The answer is that some people never learn, while others get smarter-find out what happens here. Exerpt:

"I forgot to mention that ever since she had been young, Lorette had always been jealous of her grandmother's reputation. The entire world knows about the exploits of Little Red Riding Hood which have been told to children throughout the world for over two generations. 'Why shouldn't I become someone famous, too?' she always asked herself." (There are many other modern versions with the hood's color changed, such as Little Green Riding Hood, especially appropriate for St. Patrick's Day, or my personal favorite, The True History of Little Golden Hood)

*The images above have red hoods because when you search for "blue riding hood" images you get things like this: 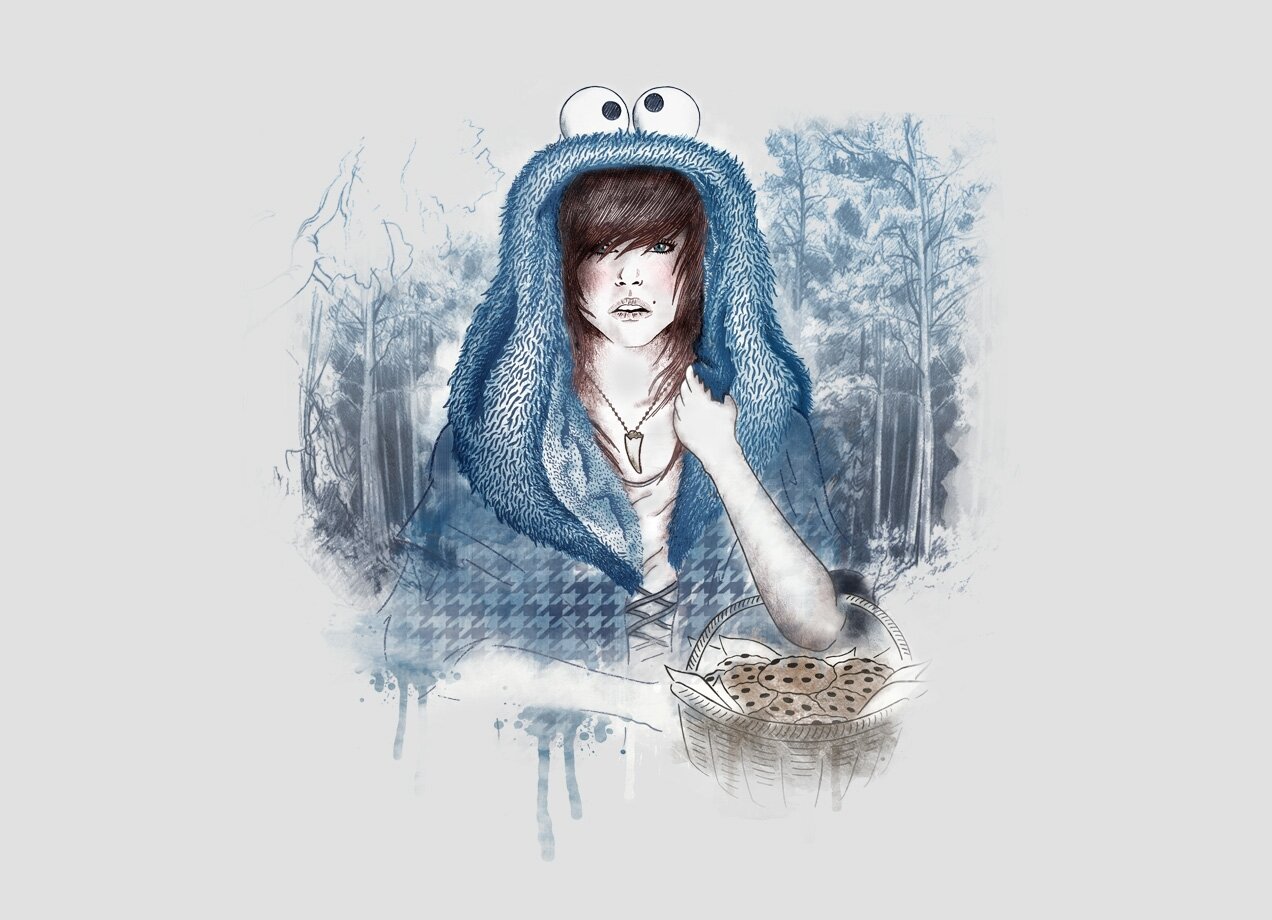