Taking another look at how the Grimms altered their tales between the first edition and the last almost 50 years later; this time, with some tales that focus on the chore of spinning. First up, the classic "Rumpelstiltskin".

For some reason I had it in my head that the Grimms had altered the miller's daughter in later versions of Rumpelstiltskin, making her lazy, and therefore possibly implying that she deserved part of the trauma she underwent. Turns out that the daughter remains pretty much an innocent victim throughout the Grimms' first and last retellings, although I'm not the only one to have been under this impression (see this post). Does anyone know of later versions that make the daughter out to be lazy? I was in a children's theater play once where I played the miller's wife (ironic, I now realize, because that character is completely absent from the fairy tale), so maybe the daughter in the play version was lazy.

The Grimms, in typical fashion, added extra details and embellishments to Rumpelstiltskin, so by the seventh edition the story is much longer than the first edition in 1812. Aside from filling out the plot a bit, there are two main changes made in the story:

1. In the seventh edition, the Queen sends out a messenger to search for Rumpelstiltskin's true name, and he eventually comes across him in the forest. In the first, it's actually the King who just happens to come across him, and happened to mention what he overheard to the Queen. In this instance I like the changes the Grimms made better. The King is a pretty negative character in this fairy tale-so greedy he needs three rooms filled with gold, all larger than the last (despite Rumpelstitskin's unfair demand, if the King had never threatened death for gold -three times- the heroine would never have had to make such an awful bargain-Rumpel was initially content to receive jewelry for helping). It seems unnatural for the King to aid the happy ending. Plus, by the Queen sending  out a messenger, she's really engineering her own help, and is a more proactive character.

2. In the first edition, Rumpel gets upset, yells "the devil told you that!" and runs away. By the final, the unfortunate man had a much more violent end, tearing himself in two out of fury. This change I don't like as much. Besides being unnecessarily violent, as I mentioned earlier, Rumpelstiltskin isn't really a true villain. He even gives the Queen a way out (and then prances around the forest singing his name...almost like he wanted to be found out?). Rumpel is clearly the helper, although a bit rough around the edges, not greedy and murderous like the King, who goes unpunished.

But even more stark in contrast is one of the Grimms' lesser known tales about spinning, The Three Spinners. This is, maybe, where I got the lazy daughter idea in my head (Or maybe from Basile's spinning story). The 1857 tale begins,

"There was a girl who was lazy and would not spin. Her mother could not make her do so, whatever she said to her. Finally anger and impatience so overcame the mother that she beat her, upon which the girl began to cry loudly.
Now the queen was just driving by, and when she heard the crying she ordered her carriage to stop, went into the house, and asked the mother why she was beating her daughter so that her cries could be heard out on the road.
The woman was ashamed to reveal her daughter's laziness and said, "I cannot make her stop spinning. She wants to spin on and on forever, and I am poor, and cannot get the flax."
Then the queen answered, "There is nothing that I like better to hear than spinning. I am never happier than when the wheels are humming. Let your daughter come with me to the palace. I have flax enough. There she can spin to her heart's content."
The mother was completely satisfied with this, and the queen took the girl with her. Arriving at the palace, she took her upstairs to three rooms which were filled from the bottom to the top with the finest flax.
"Now spin this flax for me," she said, "and when you are finished, you shall have my oldest son for a husband. I do not mind if you are poor. Your untiring industry will do for a dowry.""

The girl ends up cleverly hiring three ugly women she sees passing by to spin for her, and later they tell her groom to be and mother in law the Queen that their unusual features (broad flat foot, large tongue, and broad thumb) came from spinning too much (peddling, licking, and twisting thread), and seeing the consequences, the young bride gets out of spinning forever. It's a humorous ending, and as it was a tale probably told by women as they spun, a chore clearly very boring and uncomfortable, it makes even more sense. Yet the original story is much more sympathetic to the spinner and villainizes those who demand it: 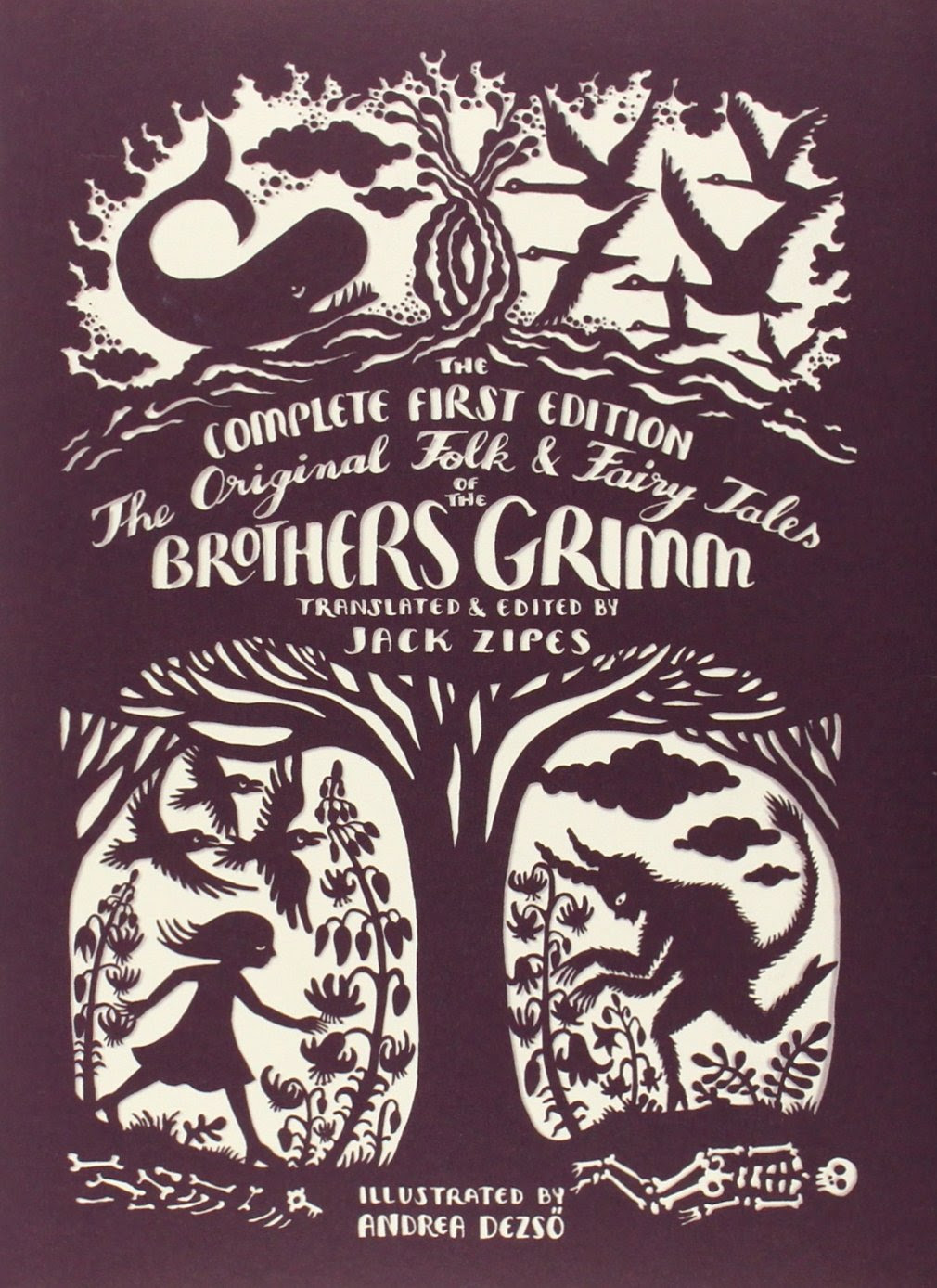 "In olden times there lived a King who loves flax spinning more than anything else, and his daughters had to spin the enitre day. If he didn't hear the wheels humming, he became angry. One time he had to take a trip, and before he said his farewell, he gave a large casket of flax to the Queen and said: 'All this must be spun by the time I return.'

"The princesses became distressed and wept. 'If we are to spin all of that flax, we'll have to sit the entire day, and we won't be able to get up at all.'"

The story ends similarly, but this time it is the Queen who thought of the clever plan, and sought out the three ugly women (rather than conveniently seeing them pass by) and told them what to say. So in this case, the women in the first edition are more proactive and clever, and not at all lazy.

Also very telling is the original title of this tale-it was changed from "Nasty Flax Spinning" to the much less evokative "The Three Spinners." Some of the changes didn't come just from the Grimms' opinions, but pressure from parents who wanted the tales to be more child appropriate; maybe the parents didn't like the idea of fairy tales encouraging children to shirk their chores?

For more texts of the Grimms' first editions of tales, check out The Original Folk and Fairy Tales of the Brothers Grimm

Illustrations by Helen Stratton
Posted by Kristin at 12:21 PM