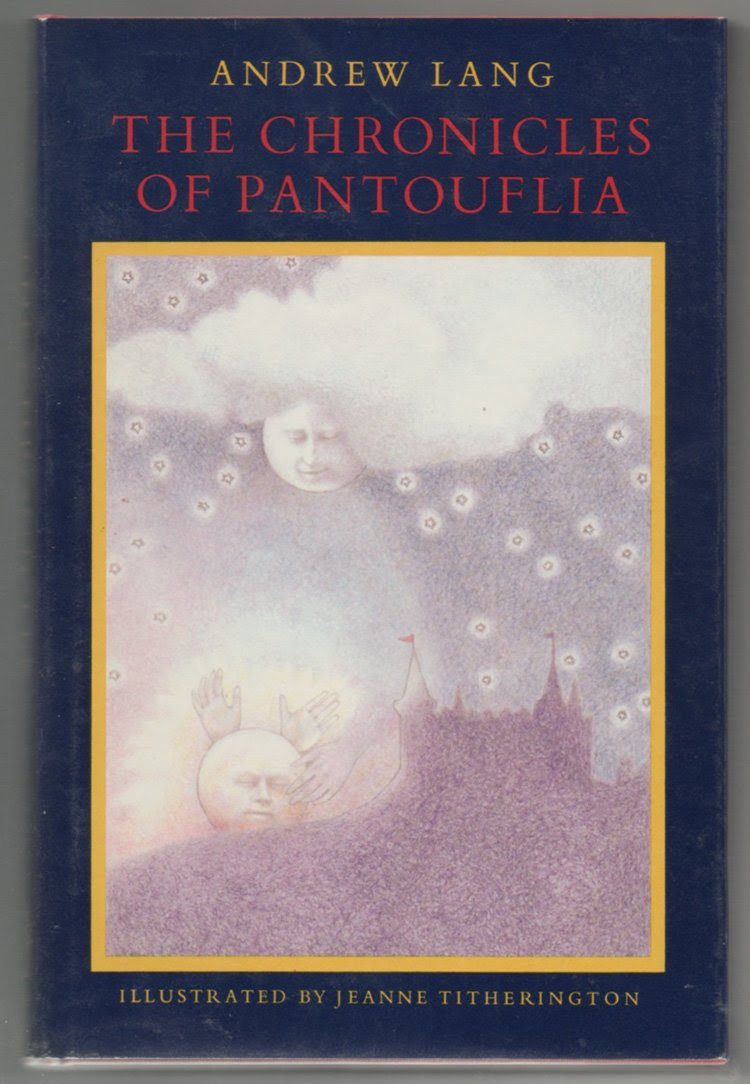 I recently learned that Andrew Lang had written his own fairy tale, The Chronicles of Pantouflia. I don't believe it's very common for fairy tale collectors and writers to overlap-the Grimms never wrote original fairy tales, or other collectors such as Russia's Afanasyev, or Norway's Asbjornsen and Moe
(correct me in the comments if I'm wrong!).  And while authors such as Andersen sometimes drew from folklore, his tales were clearly his own literary version of the tale.

I was hoping that a fairy tale written by someone so familiar with the traditional folktale might be more influenced by the older tales-what might Lang's unique perspective, having collected tales from around the world, translate into his own original story? It seems to be a book that hasn't generated much interest (it doesn't even have its own wikipedia page), so who knows if I'll ever get a copy myself. You can read the summary of one plotline, Prince Prigio, here, although it seems like it's not that much different than other literary fairy tales published during the Victorian era. For example, one of the main themes is that the Queen does not believe in fairies, and Prince Prigio has to learn for himself that they exist. That in itself gives away that it isn't a timeless fairy tale, but a fantasy story. Belief is never really a theme in fairy tales-the characters hardly even react to talking animals or magical enchantments. In the story, Prigio also uses knowledge he has gained from the Arabian Nights to defeat a dragon-a humorous touch, but not quite "timeless".

Still, it would be an interesting read for a fairy tale fan-have any of you read it? What did you think?
Posted by Kristin at 1:18 PM