I came across a rumor that the Grimms were somehow connected with the creation of Mary Shelley's Frankenstein. You may have come across sites like this one that claim:

"The brothers Grimm actually told this story to the step mother of Mary Shelley, and in later years Mary Shelley visited the Frankenstein castle. She eventually used the story as the basis for her world-famous novel Frankenstein." Of course, that site also states that in addition to the castle, Frankenstein's monster itself also really existed (it's a site on haunted castles). 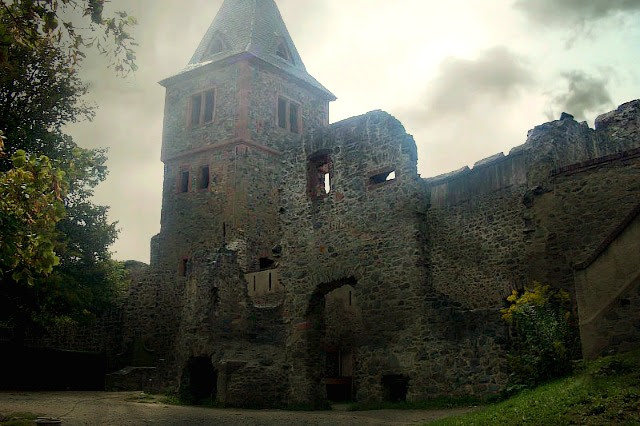 In all my reading on the Grimms and their tales, I've never come across anything like this, or a version of Frankenstein they recorded.

For a more detailed explanation of why this castle most likely had no influence whatsoever on Mary Shelley, you can read this article, by Michael Mueller. Shelley's book doesn't take place in Hesse, or even in a castle. It is very unlikely Shelley would have had a chance to see the castle, as many claim.

Some say Mary Shelley could have had indirect contact with Jakob and Wilhelm Grimm. The Frankenstein enthusiasts claim that Mary Jane Clairmont, Mary Shelley's stepmother, was one of the translators of their tales-but there is no evidence of her translating their tales. Although there was supposedly a letter from Jakob to Mary Jane that included a horror story never published, there is no evidence of this either (and why wouldn't they have published such a great story in their collection of legends?)

However, one thing that IS true is that the Grimms were familiar with the Castle. The Frankenstein Castle is located in Hesse, Germany-the same region the brothers Grimm came from. One of their legends, "The Lindworm at the Well," involves a knight of Frankenstein-but no scientist or monster. The name is common enough that Shelley choosing the same one was likely a coincidence.

So, a bummer for anyone who would like to believe that the story of Frankenstein was based on real events. Frankly, it's such a sad story I wouldn't want this one to be true. There are enough bizarre and scary things in the world as it is...
Posted by Kristin at 9:48 AM