Sadako and the Thousand Cranes 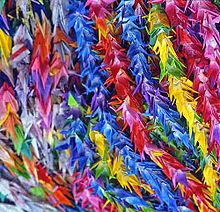 It is an ancient Japanese belief that making one thousand paper cranes will grant the maker one wish, such as recovery from an illness or injury.

When I was in sixth grade, we read the book Sadako and the Thousand Paper Cranes by Eleanor Coerr. It's about a girl who is sick and attempts to make the required thousand cranes. She was only able to complete 644 before she died, but friends and family finished them for her afterwards.
After I heard this story I was determined that I, too, would make one thousand paper cranes. I got a book on origami from the library and my mother and I pored over the diagrams, until we finally figured out how to create them. I would get sets of origami paper for each birthday and Christmas.
I never did finish a thousand, but it's a fun skill to have. This story always stuck in my memory, and I assumed it was a Japanese fairy tale-doesn't it seem like a story you might find in a fairy tale book? But Sadako really did live, make paper cranes, and die-she had liekemia due to radiation after the bombing of Hiroshima. It's a tragic story, and a reminder that sometimes real life can be just as touching as folklore. 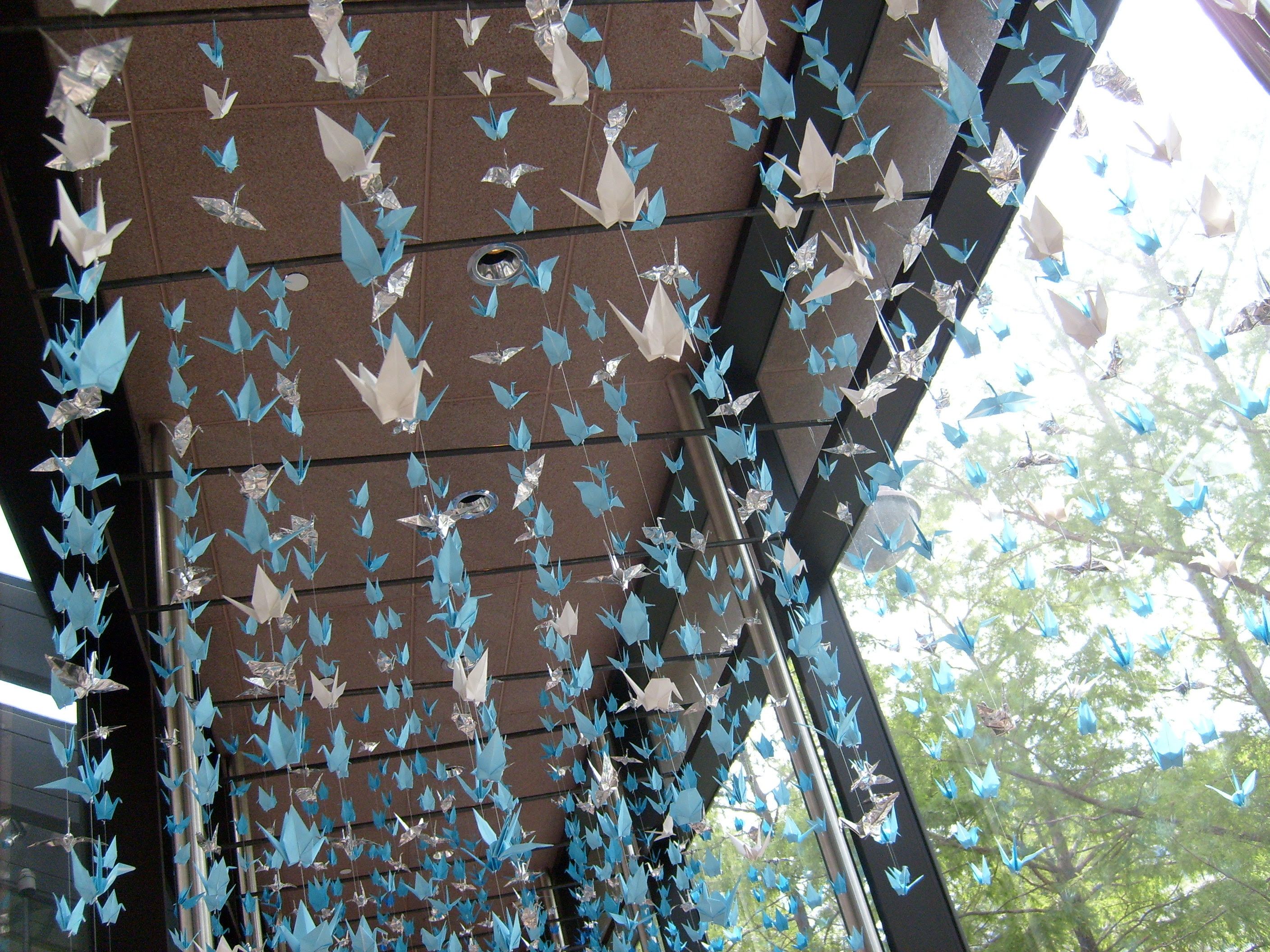 Image from here
Posted by Kristin at 5:34 PM