Just came across this interesting article by Allison Pond from Deseret News, 9 Ways to Teach Your Kids About Poverty Better Than Disney, that I found very interesting.

"A recent study from Duke University looked at the highest-grossing children’s movies and determined that they sanitize poverty and inequality by making them seem like no big deal.
“Parents think about how gender is portrayed, particularly in Disney movies,” Streib said. “But I don’t think they pay as much attention to how class is portrayed, and that could be another conversation starter for parents.”

How class is represented in children’s movies matters, said Jessi Streib, lead author of the Duke study, because if kids believe that simply working hard ensures success, they could blame themselves or others who don’t achieve certain things in life and assume they are lazy.

“It can end up being a viewpoint that doesn’t allow for a lot of empathy or for understanding how social class actually works,” she said."

First of all, I find it kind of refreshing to be looking at Disney/popular kids' movies for something other than gender portrayals. And it's true, class portrayal is much more overlooked.
However, I'm not sure how I feel about all the points in the article. It's pretty difficult to lump all Disney movies together; we have almost a century's worth of Disney classics to choose from by now, and the article mentioned Snow White (1937) through Aladdin (1992).

“We damage children by only exposing them to happy endings. That’s not how life works, whether you’re financially stable as an adult or not. Failure is part of everybody’s life experience,” she said.

She noted that many stories for children don’t end well.

“If you look at fairy tales from Hans Christian Anderson and the Brothers Grimm, they have terribly sad endings. That’s just part of childhood (and) growing up.” 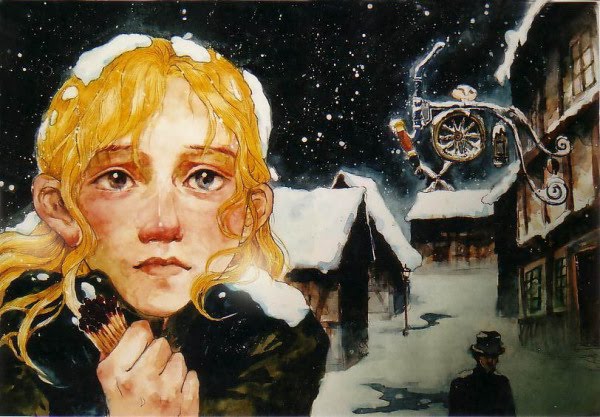 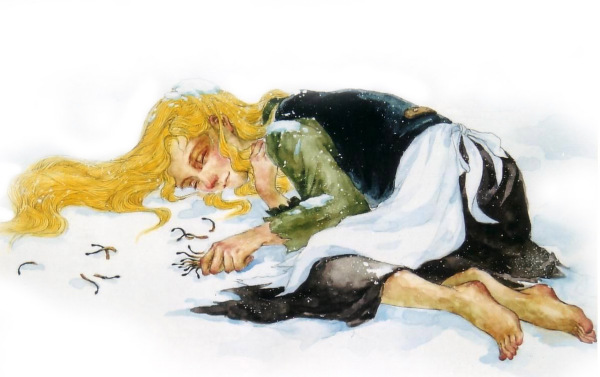 Yet, it's an issue to look at because it's not just present in Disney movies, but tends to be an integral part of fairy tales. As the study points out, not all fairy tales end happily, but honestly, many of them have a protagonist who goes from poverty to wealth, and yes, it's unrealistic. In a way I think, we all know on some level that fairy tales-especially cartoon musical versions of them-are not meant to be realistic guides for life, and part of me thinks, "what's the big deal?" (I also tend to be defensive because I'm one of those kids that grew up on a heavy diet of Disney entertainment). Yet at the same time, there can be power in those movies we watch (and rewatch) as children that inspire us and can subconsciously influence us. When most fairy tales were being told, the prospect of actually rising through the social ladder of society was basically impossible. The idea of upward mobility was complete wish fulfillment. Yet now we have the idea of the American dream, and some examples of people who really did work their way up to success, which lends to the societal ideal that anyone who works hard can succeed and that anyone in poverty must just not have worked hard enough, which is a gross oversimplification.

The article states that showing the dwarfs happily mining is an example of over romanticizing the poor. But...the dwarfs fill barrows full of valuable gems every day, they're hardly living in poverty...even though they live in a tiny cottage in the woods and all share one bedroom. But that's one of those things that doesn't necessarily translate into logical examples. For a child, the idea of mining gems is more exciting for the idea of discovery and pretty shiny gems, not necessarily the money that would result (we don't see evidence that the dwarfs go and sell their gems either, but they somehow afford food).

The article also points to the scene in "Aladdin" where Aladdin and Jasmine are both talking about the difficulties of their lives and realize that they have more in common than they think-they both feel "trapped." Pond says it's quite a stretch to suppose their difficulties can be compared, with Aladdin going hungry and Jasmine seeking teenage independence. Yet there's so much more going on there-first of all, even as a royal, as a woman, Jasmine really would have had far less autonomy than a male in a royal position-I don't really blame her for freaking out about the prospect of being "given away" in marriage ("I am not a prize to be won!"). The characters are finding ways of relating to each other, especially as they realize that one thing they both lack is a loving relationship.

And while we should never use the idea that people in poverty just "get used to it" as an excuse to ignore the fact that so many people around the world lack basic human rights such as food, shelter, education, or fair wages, we also shouldn't fall into the trap of thinking that having enough wealth equals happiness. People in poverty can also be the most generous, and people with great wealth can often be discontent and unhappy. I think it's important to be challenged to be content with what we have, and to value relationships more than material possessions. I think, honestly, another danger middle class people can fall into is looking down on the wealthy-we think we have the right to judge celebrities much more harshly than other people, and tend to diminish any struggles they have, while we remain ignorant of the unique pressures people face in their roles of power and influence. We can even feel a sense of pride in the fact that we don't "squander our money" on "luxuries" when comparing ourselves to the most wealthy, while failing to realize that our daily lifestyles would be considered totally luxurious by so many around the world.

One thing I appreciated about the article was how it not only critiqued, but gave some helpful suggestions for dealing with tough topics with children (the tips could also apply to other child appropriate issues we come across in the fairy tale world, such as violence, scary villains, etc.)

It's an issue I haven't thought about much myself, I'd love to hear all of your thoughts!
Posted by Kristin at 5:21 PM