Diary of a Teenage Fairy Godmother + Other Godmother Books 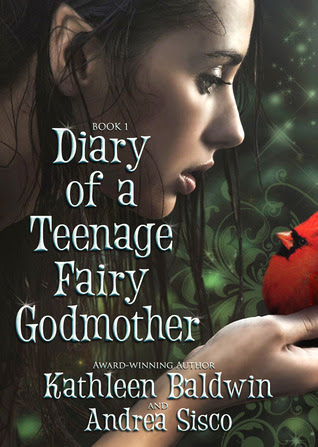 This book looks like a fun read if you're into teenage romance and fairy tales; reviewers all say it's light and enjoyable, sounds like it would be perfect summer reading: Kathleen Baldwin's and Andrea Sisco's Diary of a Teenage Fairy Godmother.

Description:
Diary of a Teenage Fairy Godmother "A Fairy Godmother is not some overgrown pixie in a pink tutu. She’s a guardian and a warrior specially trained to protect Cinderella’s descendants. Lilliana Skye is undercover at a Texas high school on her first assignment to save one of Cinderella’s troubled great-granddaughters. But everything goes terribly wrong. Her Cinderella, Jess, hates her. Then there’s Jess’s brother, he’s, well, he’s dangerous. Falling in love with a human is strictly forbidden, not to mention . . . deadly. Jessica Harrison doesn’t believe in fairytale magic or happily-ever-afters. The death of her oldest brother nuked her world and ripped her family apart. Grief sucks. Jess is tough, angry, and so intelligent it’s scary. If she ever did see a mythical fairy she would probably stomp it into oblivion with her army boots. Emotions, magic, and all that supernatural, unquantifiable, nonsense are a waste of her time. She tossed them out of her life after her brother died. Science and math –she can depend on those things. However, there is still someone Jess cares deeply about and that’s her other brother, Jake. He’s the only family member she really has left and she’s fiercely protective. When Jake meets Lilliana, the new girl, he falls hard. Code red alarms go off in Jess’s head. She can’t let her brother fall in love with a lunatic who claims to be her Fairy Godmother. Lilliana tries to stay away from him. Falling in love with a human is against the rules. Maybe if she didn’t have to protect Jake and Jess she might be able to keep her wayward heart in check. But someone from the fairy realm is trying to kill all three of them and Lilliana has to find out why before it’s too late. "

There really are quite a few books out now that feature the Fairy Godmother: Any more? Have you read any/what did you think?
Posted by Kristin at 9:16 AM